The building at 250-264 Worthington Street in Springfield, around 1938-1939. Image courtesy of the Springfield Preservation Trust. 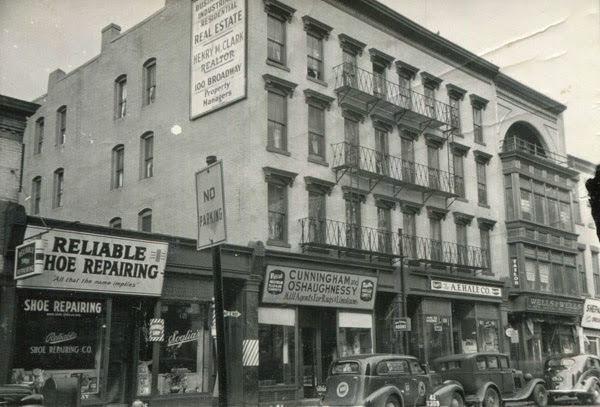 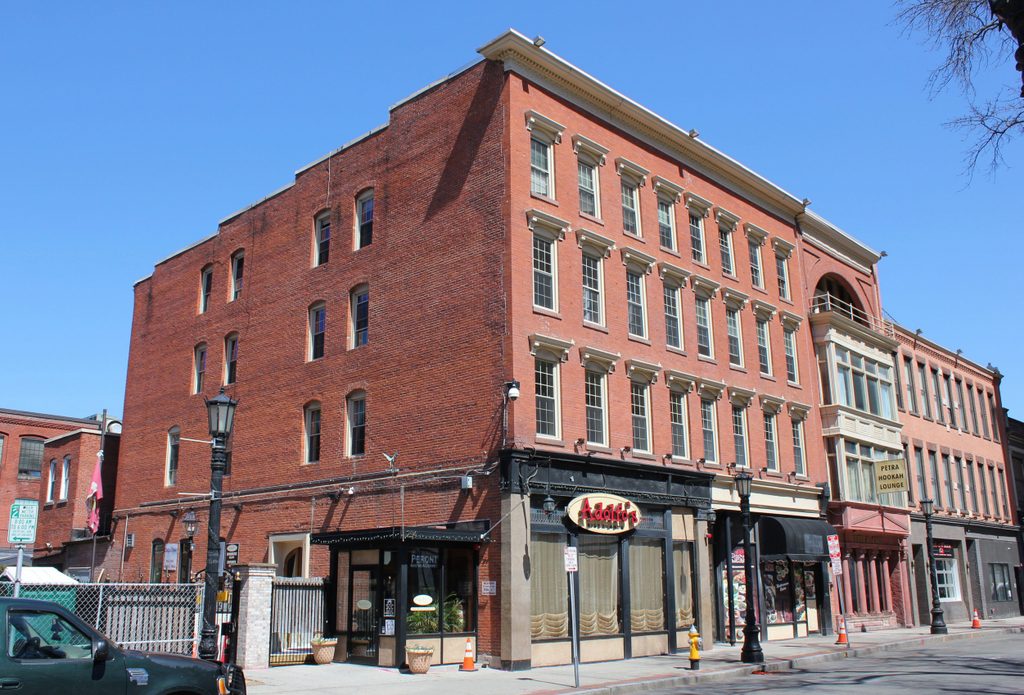 This brick, four-story Italianate building was built in 1876 by Abner B. Abbey, a coal and lumber dealer. However, the expense of the building ended up being too much for him, and the following year it was sold at a foreclosure auction to Jerome Wells, a merchant from Chicopee who was also the president of the First National Bank. He rented the building to both commercial and residential tenants, with two storefronts on the first floor and apartments on the three upper floors.

During the 20th century, the upper floors were used primarily as a boarding house, which in 1916 was named the Avon Hotel. By the time the first photo was taken in the late 1930s, the hotel was being run by Clara LeDuc, who rented rooms to 10 boarders. Based on the 1940 census records, they held a range of working-class jobs, including several restaurant workers, a theater custodian, a machinist, a painter, a cotton mill knitter, a boiler maker’s helper, and a photographer. Of those who were employed full-time, their salaries ranged from the machinist, who made $740 per year ($13,400 today), to the painter, who made $1,400 ($25,300 today). Along with the boarders, Clara also lived here with her father Adalard Demers and her husband, William, who earned $1,450 as a steamfitter at the Armory.

The 1940 census also shows at least one other boarding house that was located here in the building. It was run by Nettie Laurance, a 56-year-old widow whose niece, Dorathy Bickford, lived here with her and worked as the housekeeper. They had eight tenants at the time, most of whom had jobs similar to those in the Avon Hotel. Below these two boarding houses, the two ground floor storefronts were occupied by linoleum dealers Cunningham & O’Shaughnessy on the left, and paint dealer A.E. Hale & Co. on the right. Other nearby stores included the Reliable Shoe Repairing Company in the one-story building on the left, and the Wells & Wells gift shop on the far right.

In 1946, the upper floors were badly damaged by a fire, and they were largely vacant for many years. However, the ground floor remained in use during this time, and for much of the late 20th century the storefront on the left was the home of the Budget Box thrift store. More recently, though, this section of Worthington Street has been reinvented as downtown Springfield’s dining district, and both of the storefronts in this building now house restaurants. Overall, the building’s exterior appearance has not changed much since the first photo was taken some 80 years ago, and both it and the neighboring building to the right are now listed on the National Register of Historic Places.