The house at 108 School Street in Springfield, around 1938-1939. Image courtesy of the Springfield Preservation Trust. 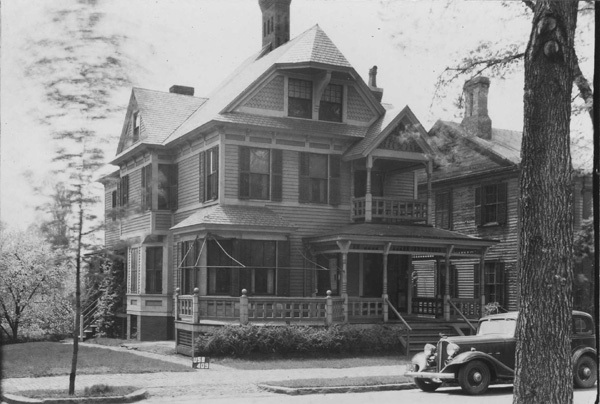 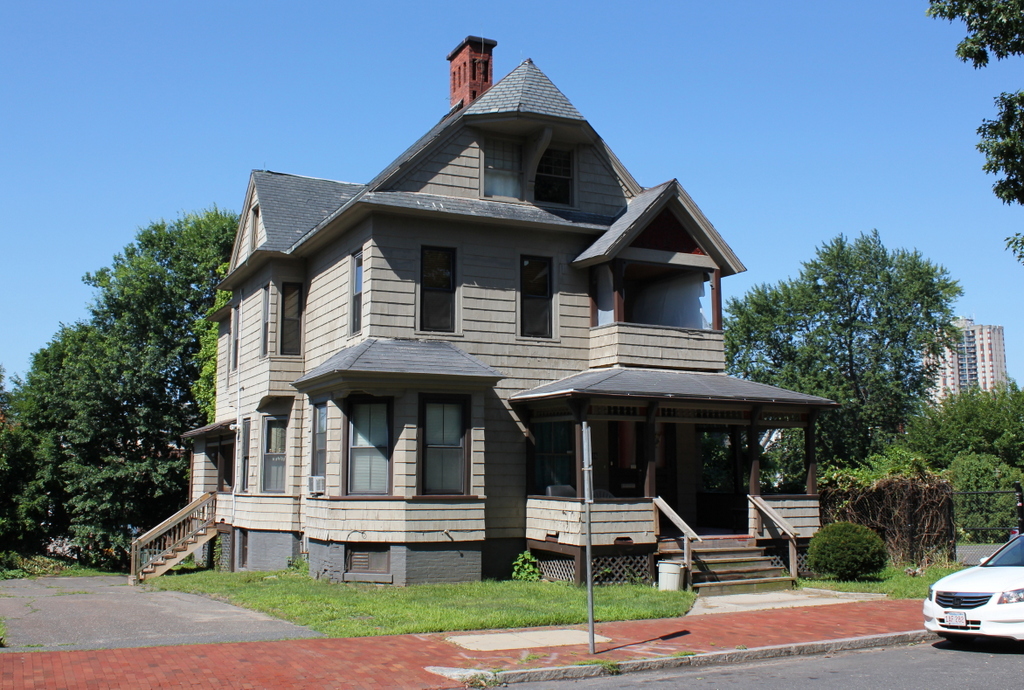 This house was built around 1886, and it was originally owned by Orrin L. Cowles, an insurance agent who worked for the Mutual Benefit Life Insurance Company. This company was based out of Newark, New Jersey, but Cowles was the general agent for their Springfield office. Cowles had previously lived on Jefferson Avenue in the city’s North End, but in 1886 he purchased this property from John D. McKnight, a real estate developer who was best known for creating the McKnight neighborhood about a mile to the east of here. This house, with its Queen Anne-style architecture, bears a strong resemblance to the many of the homes that were built in McKnight during this same period.

The 1900 census shows Orrin Cowles living here with his wife Harriet, their 26-year-old daughter Carolyn M. Rice, her five-year-old son Robert C. Rice, and a servant. Carolyn was listed as married on the census, but her husband was not living here, and subsequent censuses list her as divorced, so she and her husband were probably separated by this point. The four family members were still living here a decade later during the 1910 census, and Orrin was still working for the same insurance company, but he died the following year, at the age of 71.

Both Harriet and Carolyn continued to live in this house for the rest of their lives. Carolyn died in 1934, at the age of 61, and her funeral was held here in the house, with Rev. James Gordon Gilkey of South Congregational Church officiating the ceremony. Her mother Harriet outlived her by about five years, before her own death in 1939, around the same time that the first photo was taken.

The 1939 city directory shows that, by this point, Robert Rice had returned here to his childhood home, perhaps in order to care for his aging grandmother. After she died, he inherited the property, and the 1940 census lists him here with his wife Marie. No occupation is given for Robert in the census, and it notes that he did not earn any income during the previous year, but he is consistently listed as an author in city directories of the 1940s and 1950s.

Robert Rice lived in this house until around 1963, when he finally sold it more than 75 years after his grandfather had purchased it from John McKnight. He then moved to an apartment nearby at 286 Union Street, where he lived until his death in 1975 at the age of 81. In the meantime, at some point during the mid-20th century the exterior of this house was covered in shingles, obscuring many of the Victorian-era details that are evident in the first photo. Part of the front porch was also removed, and the rest of it was altered with the replacement of the original balustrade and columns. However, the house is still standing, unlike its former neighbor to the right at 102 School Street, and it is now part of the city’s Ridgewood Local Historic District.