The Church of the Atonement, on King Street in Westfield, around 1892. Image from Picturesque Hampden (1892). 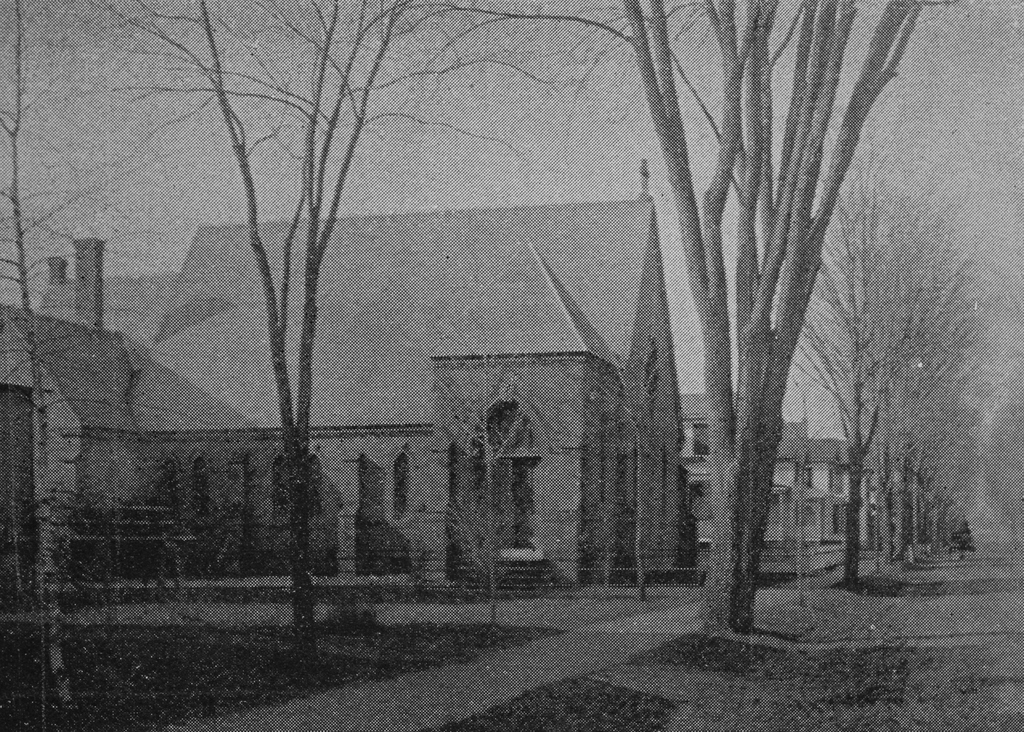 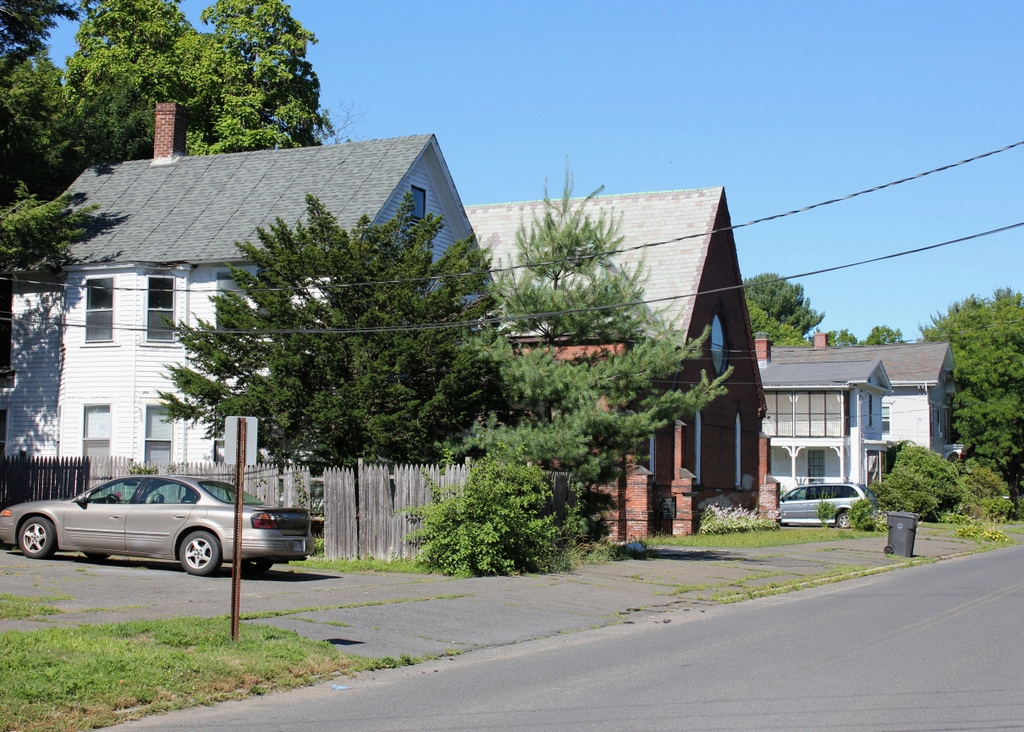 Westfield’s Episcopal church was established in 1863, and ten years later it became the Church of the Atonement. During its early years, its parishioners worshiped in several temporary locations, including in the Universalist church, but in 1880 the church broke ground on this building here on King Street, just west of Washington Street. The cornerstone was laid on May 15 of that year, in a ceremony that was officiated by Benjamin Henry Paddock, the Bishop of Massachusetts, and the work was completed eleven months later.

The church was first used on Easter Sunday, April 17, 1881. The Springfield Republican, in an article published two days earlier, declared it to be “one of the prettiest specimens of Gothic architecture in the town,” and provided the following description of the building:

The building is of brick with a slate roof, and has a tower at the northeast corner to which it is intended at some future day to add 50 or 75 feet and put in a chime of bells. The main entrance is from the east side of the tower, but admission may also be gained by the door in the wing or vestry leading into the chapel. The church has a seating capacity of 200, and is 70 feet long and 30 feet wide, not including the vestry, 15 by 18 feet. The interior, including casings and ceilings, will be handsomely finished in butternut, while the chancel trimmings and altars are to be of black-walnut. All the windows are of richly-stained glass, and the chancel and nave windows are beautiful specimens of art.

The first photo was taken about a decade later, and it shows the east side of the building, including the short tower at the main entrance. Despite the intentions of the parish, the planned bell tower had not been added by this point, and it would ultimately remain unbuilt, as the present-day photo shows. By the mid-1890s, though, the parish had grown to 50 families, with a total of 250 people, which must have put a strain on the building’s seating capacity of just 200.

The Church of the Atonement remained here in this building into the early 20th century. During this time, the house on the left side of this scene was constructed, evidently as a rectory. However, in 1924 the church moved to its current location at the corner of Court and Pleasant Streets, and sold this King Street property to Westfield’s First Church of Christ, Scientist. This congregation used the church throughout most of the 20th century, and the house was used as a Christian Science reading room.

The Christian Scientists sold the church and house in the early 1990s, and today both buildings are owned by the Christian Church of New Jerusalem. The exterior of the church remains largely unchanged since the first photo was taken, although it is somewhat difficult to tell, because the adjacent house now blocks part of the view of the church from this angle.

1 thought on “Church of the Atonement, Westfield, Mass”