The Old North Bridge over the Concord River, with the memorial obelisk in the foreground, around 1900-1906. Image courtesy of the Library of Congress, Detroit Publishing Company Collection. 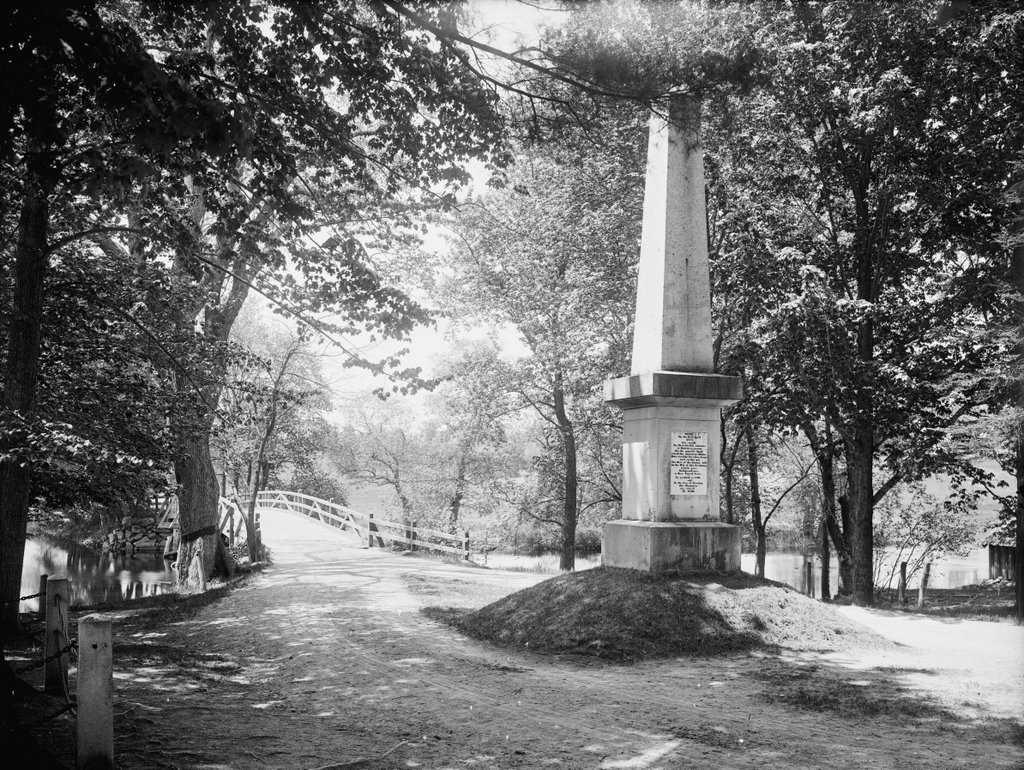 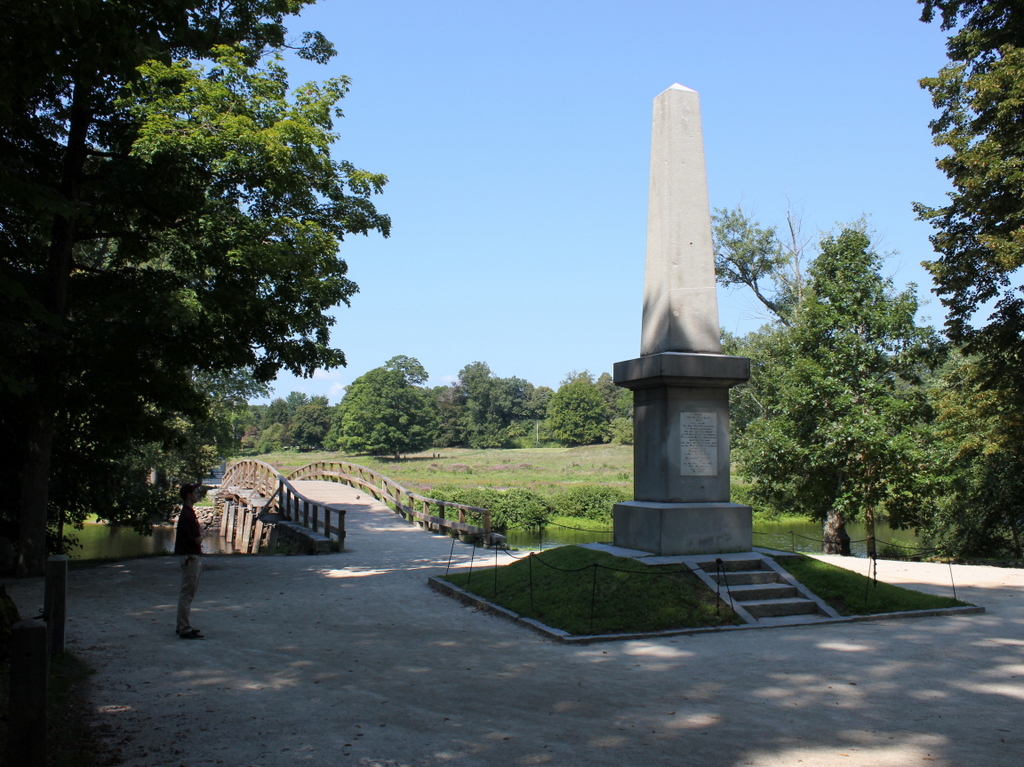 As discussed in more detail in the previous post, this is the site of the Battle of Concord, a short but significant skirmish between British redcoats and the colonial militia on April 19, 1775. Along with the Battle of Lexington, which had occurred several hours earlier, this marked the beginning of the American Revolution, and it was here at Concord that the British suffered their first fatalities of the war. This was also the first American victory of the war, as it forced the British to abandon their efforts to seize colonial munitions and retreat back to Boston.

The major landmark here at the battlefield was the North Bridge, which crosses the Concord River about a half mile north of downtown Concord. Prior to the battle, the British forces controlled both sides of the bridge, but they ultimately retreated to the east side, here in the foreground of the photo, as a larger colonial force approached from the west. By the time they exchanged fire, the redcoats were standing here on the east bank, while the militiamen were across the river on the west bank.

The original North Bridge was removed in 1788, and it was replaced by a new bridge that stood here until 1793, when the road leading to the bridge was rerouted. For most of the 19th century, there was no bridge here, and the only significant marker on the battlefield was this obelisk, which was installed in 1836 here on the east side of the river. It was dedicated a year later, on July 4, 1837, and the ceremony is best known for the poem “Concord Hymn,” which was written by Ralph Waldo Emerson and sung here during the event. Emerson, who had not yet achieved widespread literary fame at this point, was the grandson of the late William Emerson, the town minister who had witnessed the battle from his nearby house. The poem is particularly remembered for its opening stanza, in which Emerson describes the farmers-turned-soldiers firing “the shot heard round the world” here at the the bridge.

The bridge itself was not replaced until 1874, when a new one was constructed as part of the 100th anniversary celebration of the battle. This also coincided with the dedication of a new monument on the other side of the river, located just out of view beyond the trees on the left side of both photos. Known as The Minute Man, it was designed by sculptor Daniel Chester French, it has since become one of the major symbols of the American Revolution, with its image forms the basis for the United States National Guard logo.

By the time the first photo was taken at the turn of the 20th century, the 1874 bridge had been destroyed and replaced by a new one that was completed in 1888. This one was destroyed in 1909, and a new one was constructed later in the year. The current bridge here was built in 1956, and underwent extensive restoration in 2005. Unlike the earlier bridges, it is intended to be a replica of the original bridge that stood here during the battle.

Today, this area is now part of the Minute Man National Historical Park, a largely linear park that stretches along the route that the British took from Lexington to Concord and back. As a result, the Concord battlefield has remained well-preserved in its colonial-era appearance, with few changes in more than a century since the first photo was taken. The neighboring Old Manse, where William Emerson and his family watched the battle, has also been preserved, and it stands directly behind the spot where this photo was taken.