Wright’s Tavern, seen from Lexington Road in Concord, around 1910-1920. Image courtesy of the Library of Congress, Detroit Publishing Company Collection. 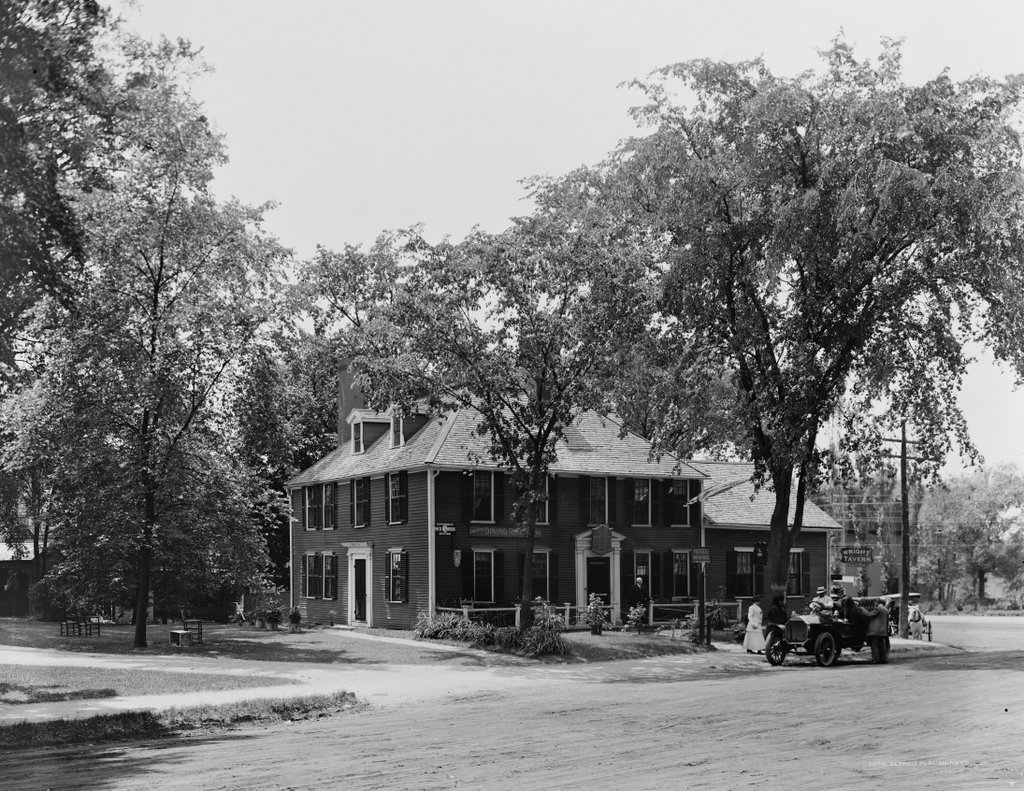 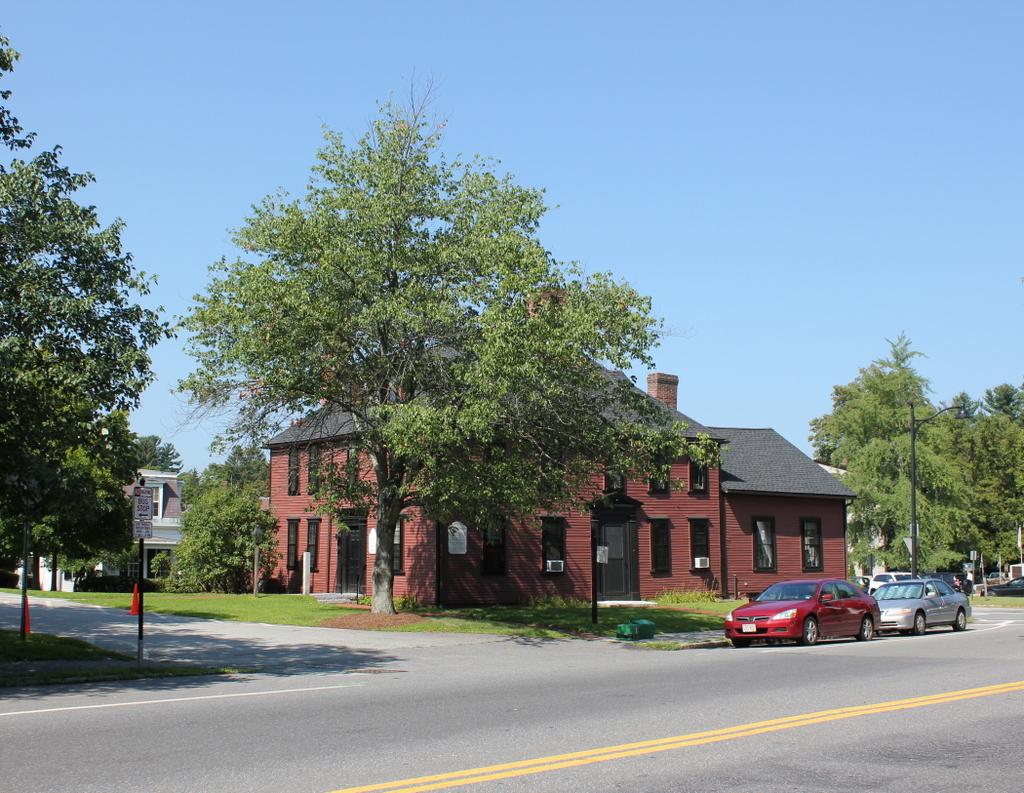 This tavern has stood at the center of Concord for nearly 275 years, since its construction in 1747. It was built by Ephraim Jones, who ran the tavern here for several years before selling the property to Thomas Munroe in 1751. After Munroe’s death in 1766, it was purchased by Daniel Taylor, and he went on to own it for the next nine years. During this time, in the years leading up to the American Revolution, the tavern served as a popular gathering place for locals. These included the militiamen who met regularly on the nearby training field for drills, as well as congregants from the neighboring First Parish Church.

The tavern came to be known as Wright’s Tavern because of Amos Wright, who was the proprietor during the mid-1770s. Although he did not own the property, he ran the tavern, and it was during his tenure here that several historic events occurred. The first of these came in October 1774, when the Massachusetts Provincial Congress met in Concord. Earlier in the month, the colonial legislature had been dissolved as part of the so-called Intolerable Acts, but its members ignored this directive and met anyway, convening in Concord on October 7. The Congress itself met in the First Parish Church, with John Hancock presiding, but the tavern was used for committee meetings, in addition to providing food and drink for the 300 delegates in attendance.

Just six months later, Wright’s Tavern again found itself at the center of revolutionary activities in Massachusetts. In the early morning hours of April 19, 1775, Concord minutemen gathered here in advance of the approaching British forces, which were attempting to seize colonial military supplies that were stored here in town. Later in the day, these minutemen retreated to the north of town, on the other side of Old North Bridge, where they fired the famous “Shot heard round the world.”

In the meantime, though, the British temporarily occupied the center of Concord, and Major John Pitcairn made the tavern his headquarters. From here, he dispatched search parties in a largely unsuccessful attempt to find the military supplies. He also reportedly ordered a drink here at the tavern, which he is said to have stirred with his finger while declaring that he would “stir the damned Yankee blood” in the same manner by nightfall. However, as it turned out, the colonial minutemen defeated the British at Old North Bridge, and Pitcairn and his men were forced to retreat to Boston. Pitcairn returned safely, but he was ultimately killed two months later at the Battle of Bunker Hill.

After the war, the old tavern became a bakery, with residential space for the baker on the upper floor. Starting in 1790, the bakery was run by Francis Jarvis, and it became a fixture here in the center of Concord for many years. Jarvis sold baked goods out of the building here, but part of his business also involved a wagon route that sold bread, pies, and other goods throughout the surrounding towns. His son, Francis Jr., was born here in 1794, and he would later become a partner in the bakery before taking it over from his father in 1824. The younger Francis operated the bakery for another seven years, before selling the property in 1831.

Over the next few decades, the building housed a variety of commercial tenants, ranging from the print shop to the manufacturer of Potter’s Hair Balm. By the late 19th century, the building was in poor condition, but in the 1880s it was purchased by Reuben Rice and former U.S. Attorney General Ebenezer Hoar, with the goal of preserving the historic structure. They then donated it to the First Parish Church, and it was subsequently converted back to its original use as an inn.

The first photo was taken around 30 years later, showing the old colonial-era tavern at the dawn of the automobile age. One such car is visible on the right side of the photo, with a group of occupants climbing into it, presumably after staying at the hotel or eating in its dining room. The exterior of the building is covered with a variety of signs, attesting to its historical significance as well as the amenities offered here. Another sign, located at the corner on the left side, indicates that it is an “Automobile Red Book Station.”

Today, around a century after the first photo was taken, the exterior of the tavern remains essentially the same as it did back then. It is still owned by the church, although it is no longer used as a hotel. Instead, part of the building is used by the Concord Museum for educational space, and another part of the building is occupied by two architectural firms. Because of its historical significance, the tavern was named as a National Historic Landmark in 1961, making it one of six sites in Concord to receive this level of recognition.