The Excelsior Carriage Company on North Main Street in White River Junction, around 1903. Image from The Gateway of Vermont: Hartford and its Villages (1903). 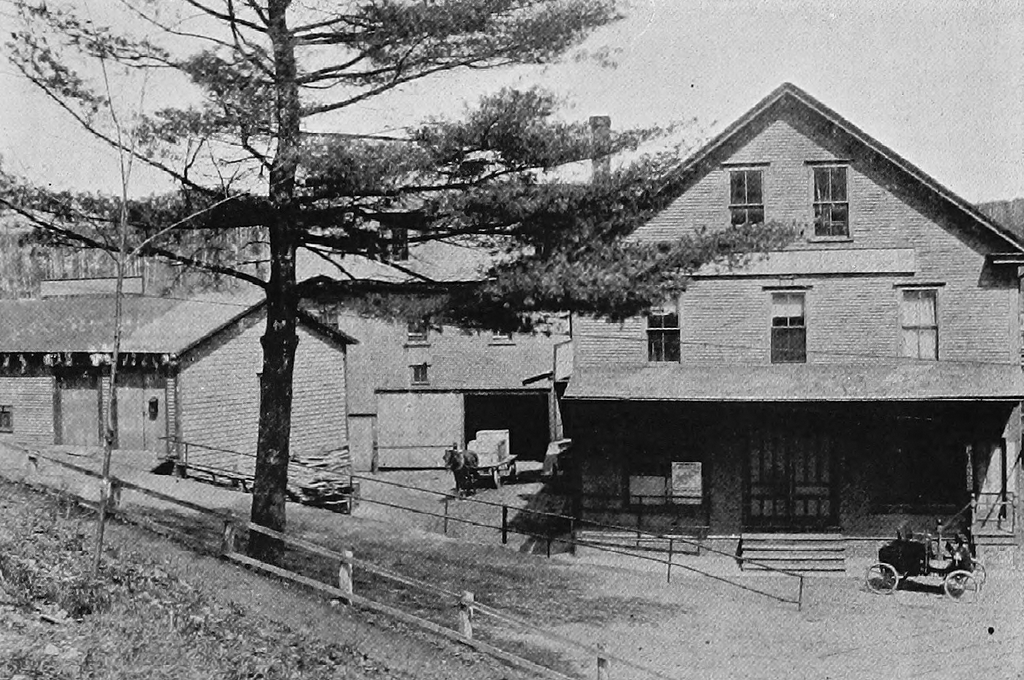 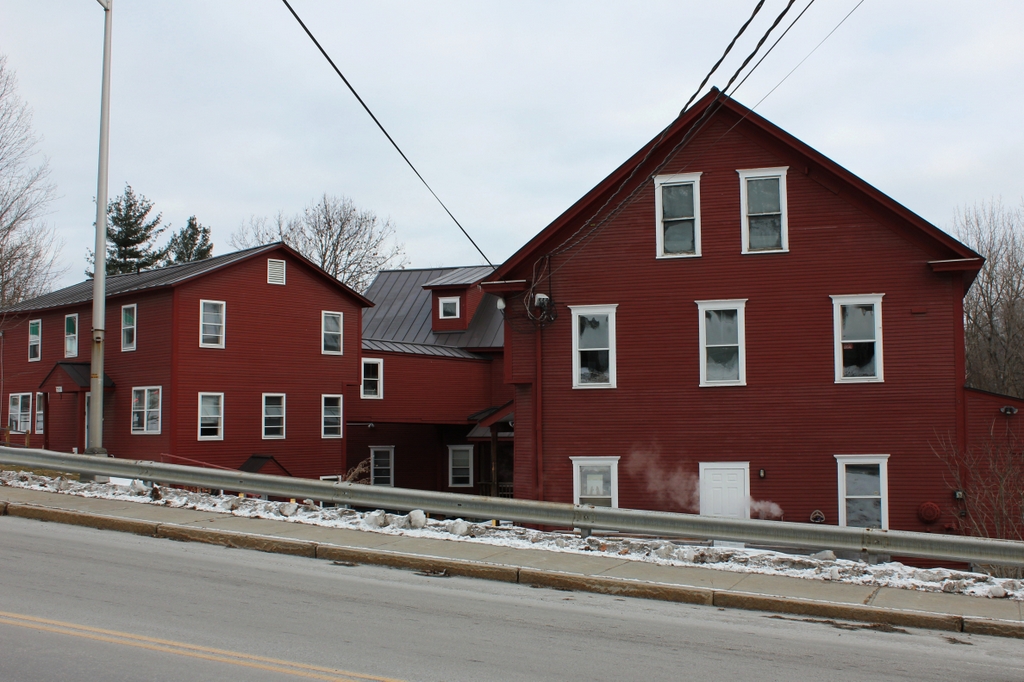 When the first photo was taken at the turn of the 20th century, this property was a carriage dealership run by Henry Miller, a native of nearby North Hartland. He was born there in 1850, and as a young man he began his business career by running a general store in his hometown. However, he subsequently entered the carriage business, becoming affiliated with the Excelsior Carriage Company of Watertown, New York. Then, in 1895 he moved to White River Junction, where he opened the New England branch of Excelsior here at this facility.

As it turned out, this was a rather inauspicious time to begin a carriage dealership, as by this point automobile pioneers were beginning to develop the first cars. However, Henry Miller’s teenage son Garfield “Dusty” Miller recognized the future potential of cars, and thanks to his involvement the company expanded into the automotive industry around 1903. Among the first cars sold here were Cadillacs, which were produced in Detroit starting in 1902 by fellow Vermont native Henry M. Leland.

In the early years, automobile sales occurred here alongside more traditional vehicles such as carriages and sleighs. Not everyone was quick to embrace the often-unreliable automobile, and Vermont was particularly challenging for early motorists, with its rough roads and limited number of gas stations. The first photo illustrates the coexistence of these two types of transportation, with the horse-drawn wagon in the lower center of the scene and the car in the lower right corner.

Nonetheless, the dealership prospered, and in 1907 the Millers established the Miller Automobile Company, with a new showroom a few blocks south of here on Gates Street. The new company retained ownership of this property on North Main Street until 1920, although during this time it it was only used for storage. In the meantime, the dealership became the largest Cadillac dealer in New England by 1910, and it remained in the Miller family for many years, with Dusty’s son William eventually taking over the business on Gates Street.

Today, nearly 120 years after Dusty Miller sold his first car, the company still exists as the Miller Auto Group, although it has undergone significant changes and is now based out of Lebanon, New Hampshire. Its original facility here in White River Junction also survives, as shown in the present-day scene. It too has seen many changes, yet it its appearance is still recognizable from the first photo. The building continues to be used as a commercial property, and it currently houses the Upper Valley Food Cooperative.