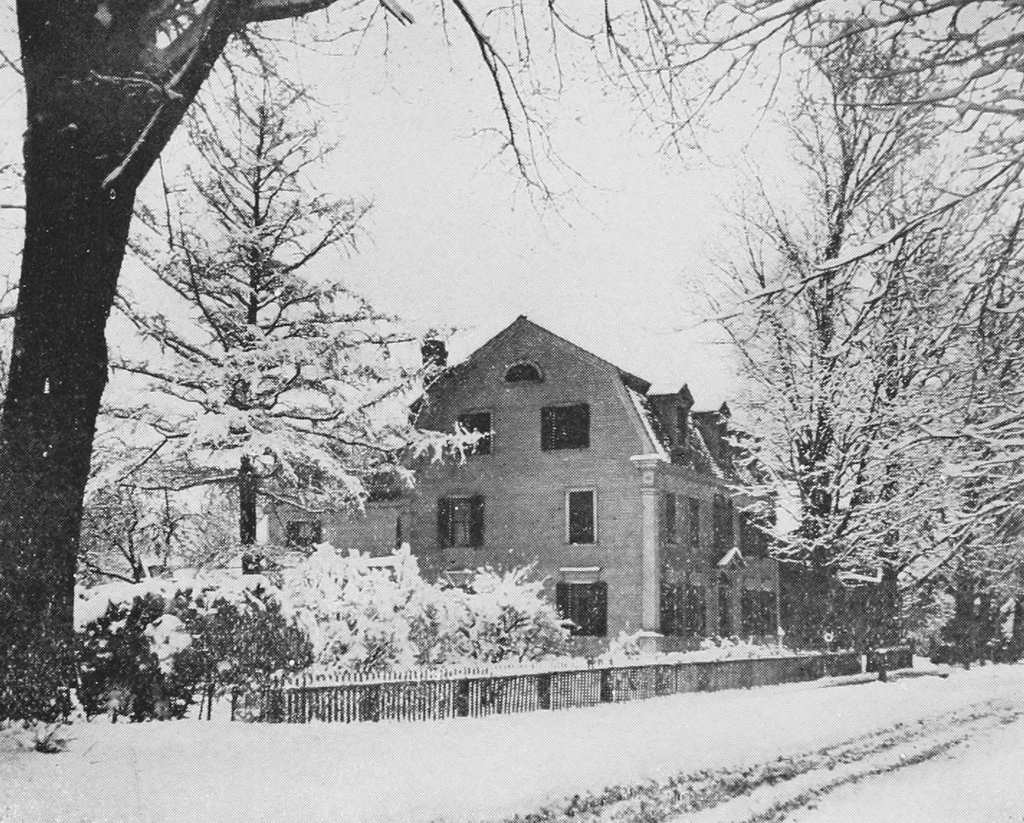 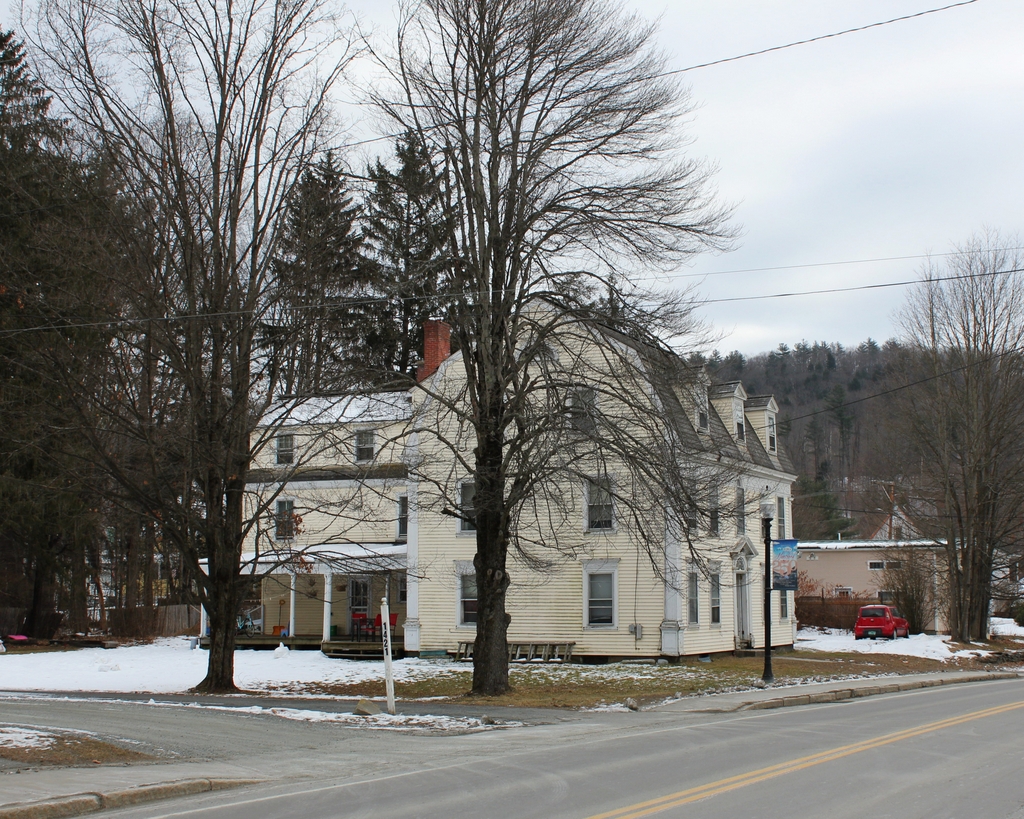 This house was built in 1804 by Joseph Kneeland, although it has undergone significant changes since then. It originally had a hip roof, and at the time it only consisted of the front portion, without the rear ell. Kneeland evidently owned the property until 1831, but it does not seem clear as to how long he personally lived here, because from 1816 to 1828 it was the home of George E. Wales, a prominent local politician. Wales held many public offices, including serving as speaker of the Vermont House of Representatives in 1823 and 1824, and he was subsequently elected to two terms in Congress, serving in the U. S. House from 1825 to 1829.

In 1831, Kneeland sold the house to Justin C. Brooks, a merchant who lived here for nearly 50 years until his death in 1875. He and his wife Sarah raised their five children here, and the 1870 census shows that his real estate was valued at $6,000, plus $5,00 for his personal estate, for a total net worth equivalent to about $225,000 today. According to once source, the house acquired its current appearance during Brooks’s ownership, with the gambrel roof and the addition of a rear ell. However, another source indicates that this occurred later in the 19th century.

The Brooks heirs sold the house to Charles M. Cone in 1883, shortly before his marriage to Kate Morris. Charles was a local businessman, serving as treasurer and manager of the Hartford Woolen Company, but Kate was probably the more accomplished of the two. She was one of the eleven women in the first graduating class at Smith College in 1879, and three years later she became the first to earn a Ph.D. from the school. She subsequently served on the school’s Board of Trustees, and in 1892 one of its dormitories, Morris House, was named in her honor. In addition, Kate was an author who focused on local history. She wrote a biography of her grandfather, Sylvester Morris, and she served as editor of the Vermont Antiquarian magazine, while also contributing to national magazines such as Outlook and The Atlantic Monthly.

Their house here in Hartford was damaged by a fire in 1889, but it was subsequently restored. It apparently underwent another renovation in 1897, and according to the National Register of Historic Places inventory it was at this time that the gambrel roof was added. In either case, the exterior of the house had largely assumed its current appearance by the time the first photo was taken at the turn of the 20th century. This photo was published in a historical magazine about Hartford that was titled The Old and the New, whose regular contributors included Kate Morris Cone.

The Cones had four children, although only two, Morris and Alice, survived to adulthood. Charles and Kate continued to live here in Hartford for the rest of their lives. In the absence of street numbers on early 20th century documents, it is difficult to determine whether they resided here in this house for the entire time, but the 1920 census shows them living in Hartford with their son Morris, his wife Jessie, and their infant son John. Kate subsequently died in 1929, and Charles in 1935.

Since then, the exterior of the house has remained well-preserved, although it is difficult to determine which features are original to the house, and which were added as part of the Colonial Revival trend in American architecture during the late 19th century renovations. Either way, though, the house survives as one of many historic 19th century homes here in the traditional town center of Hartford, and it is now part of the Hartford Village Historic District, which was added to the National Register of Historic Places in 1998.