The U. S. Capitol, seen from the northwest around 1910-1920. Image courtesy of the Library of Congress, Detroit Publishing Company Collection. 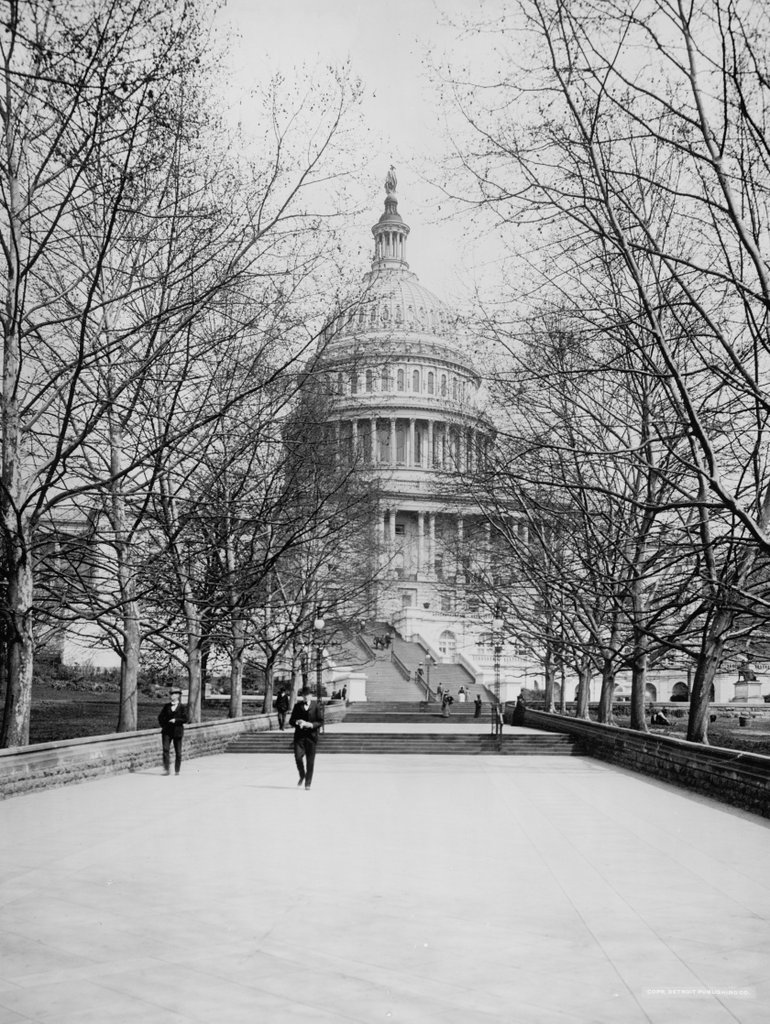 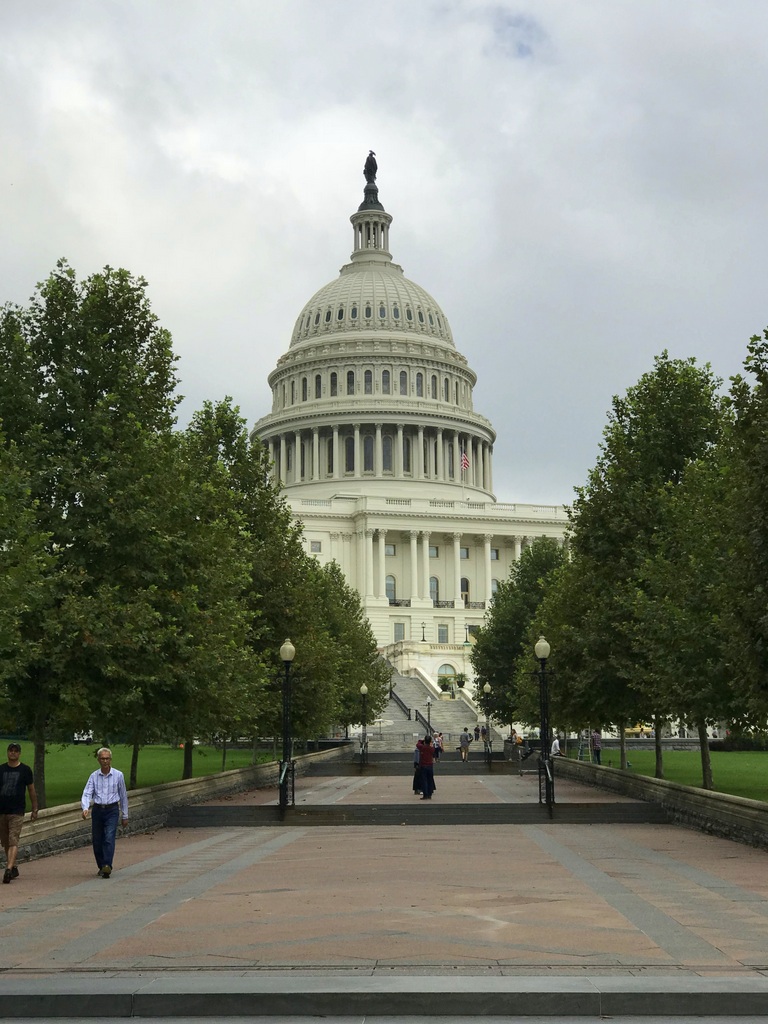 This view of the Capitol is similar to one in a previous post, except it shows the building from the northwest instead of the northeast. As discussed in that post, construction on the Capitol began in 1793, and the partially-completed building was first used by Congress in 1800, when the federal government moved from Philadelphia to Washington. It subsequently burned during the War of 1812, and for several years afterward Congress met in temporary quarters on the current site of the Supreme Court building. Congress returned to the Capitol in 1819, although the building was not fully completed until 1826.

At the time, though, the exterior of the Capitol was very different from its current appearance. Instead of its current cast iron dome, it was topped with a low copper-covered wood dome, and on either side of the Rotunda were small wings for the House and Senate. However, as the country grew so did the size of Congress, and by the mid-19th century the Capitol was becoming too small. This resulted in a massive expansion project that began in the early 1850s and was completed in 1863. As part of it, new wings were constructed for the two houses of Congress, and a new, much larger dome was added above the Rotunda.

By the end of the Civil War, the exterior of the Capitol had largely assumed its current appearance. The first photo was taken about 50 years later during the 1910s, looking up the walkway towards the west portico of the building. Remarkably little has changed in this scene since then. Perhaps the only significant difference in the present-day scene is the barricade in the distance at the base of the steps, in place as a security measure. Otherwise, though, this view looks the same as it did a century ago, and the Capitol remains an iconic symbol of both Washington D. C. in general and the federal government in particular.