The view of the Capitol from the west side, around 1880-1897. Image courtesy of the Library of Congress, Detroit Publishing Company Collection. 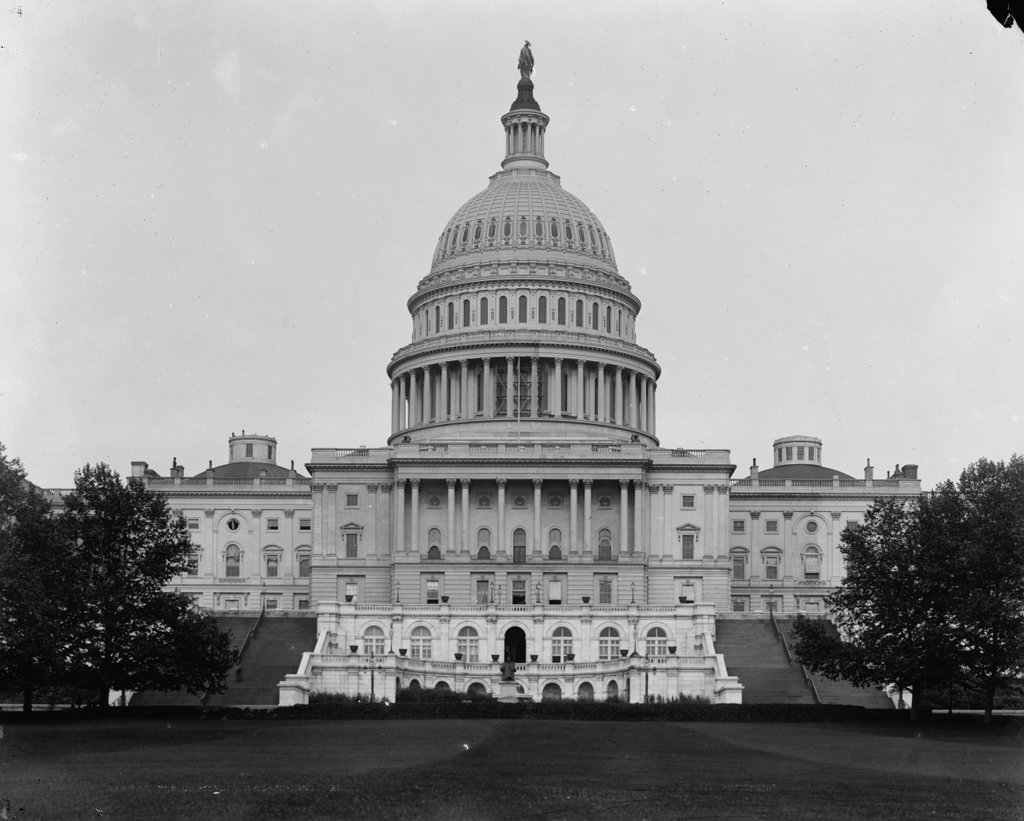 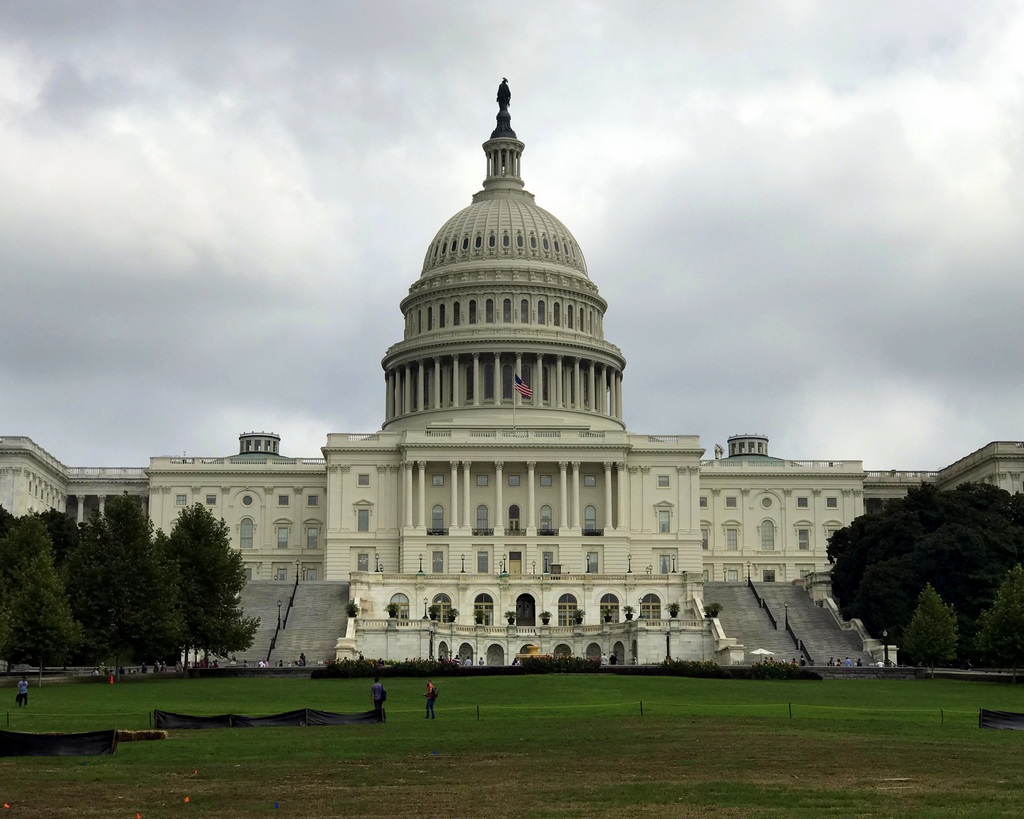 This scene shows the west portico of the Capitol, the side of the building that faces the Mall and the Washington Monument. As discussed in an earlier post, which shows the view from the east side, the Capitol has been in use since 1800, although it has undergone significant changes during this time. The building was burned by the British in 1814 during the War of 1812, and it was subsequently rebuilt. This work was completed in 1826, but the Capitol was much smaller at the time, consisting of only a low dome and the two small wings on either side. The north wing, visible immediately to the left of the dome in this scene, housed the original Senate chamber, while the House of Representatives was located in the south wing.

By the mid-19th century, Congress had outgrown the building, so in the early 1850s work began on a major expansion, with two new wings that extended the Capitol further to the north and to the south. The project included new chambers for both the House and the Senate, which opened in 1857 and 1859, respectively. These wings are only partially visible in this scene, with the present-day Senate chamber on the far left, and the House chamber on the far right. Aside from these wings, the project also included a new, much larger dome, which was completed in 1863 and topped with the 19.5-foot bronze Statue of Freedom, as shown in these photos.

With the completion of the dome, the Capitol largely assumed its present-day appearance. The first photo was taken several decades later, around the 1880s or 1890s, and very little has changed in this view since then. Today, the west portico is probably best known as the site of the presidential inauguration, which occurs here every four years on January 20. However, for most of the building’s history the event was held on the east portico, and it was not until the 1981 inauguration of Ronald Reagan that it was held here on the west side. This was done in part as a cost-saving measure, and also as a way to allow for more spectators, with the mile-long Mall providing plenty of open space and views of the Capitol. With the exception of Reagan’s second inauguration, which was held in the Capitol Rotunda, every ceremony since then has been held here. Of these, Barack Obama’s first inauguration in 2009 reportedly drew the largest crowd, with an estimated 1.8 million visitors gathering on the Mall.