The buildings at 447-455 State Street in Springfield, around 1938-1939. Image courtesy of the Library of Congress, Detroit Publishing Company Collection. 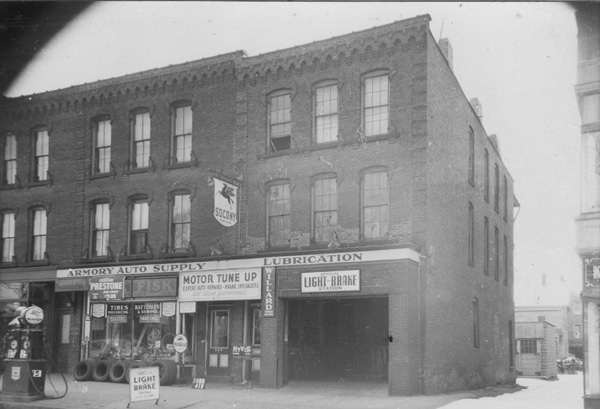 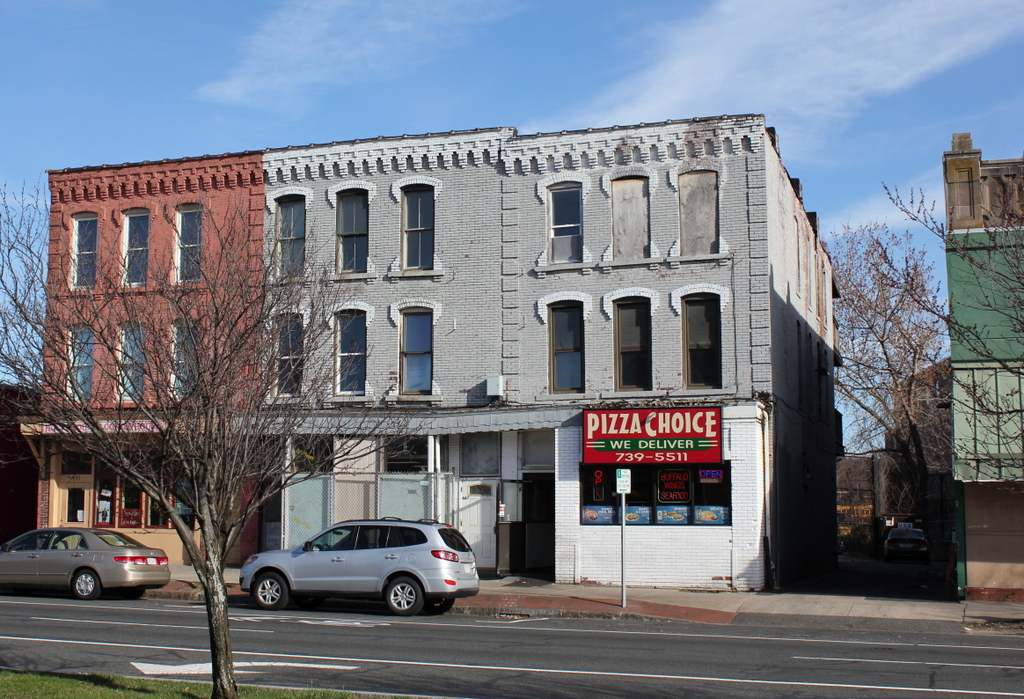 These three commercial buildings were constructed around 1875 on the south side of State Street, a little west of Walnut Street and directly across from the Springfield Armory. As was typical for these types of buildings, they were built with retail space on the ground floor and apartments on the upper floors, many of which were likely rented to Armory workers. The businesses here would have also served the workers across the street, and at the turn of the 20th century these included the tailor shop of Edward G Kopp, the billiards room and tobacco shop of Louis Herchowitz, and the grocery store of W. C. Belding Jr.

Of these establishments, Herchowitz’s shop had a remarkably long tenure here in this building. Along with his brothers Abraham and Henry, Louis immigrated to the United States from Lithuania as teenagers around 1890. They originally lived in New Haven, but came to Springfield in 1900, where they opened their store here in this building. For a time they rented space in the building on the left, but by 1920 they had purchased the property and were living above the store, along with their mother Bessie. In that year’s census, Abraham was listed as the owner of the shop, while Louis and Henry were operating a bowling alley around the corner on Walnut Street.

Although only partially visible on the far left side of the scene, Abraham Herchowitz was still running the tobacco shop here when the first photo was taken in the late 1930s. However, by this point the other two storefronts had become the Armory Auto Supply. The storefront on the right side had apparently been converted into a garage, and there was a Socony gas pump in front of the building. A variety of signs indicated that they offered brake service, motor tune-ups, and lubrication, along with advertising for Prestone antifreeze and Fisk tires. The business had been here since the mid-1920s, and throughout this time it was owned by Peter J. Gray.

Both the tobacco shop and auto store were here for many years after the first photo was taken. Abraham Herchowitz continued to run his store here until his death in 1959 at the age of 84, and Peter Gray died a year later, after suffering a heart attack here in front of the building. Since then, the storefronts have had a variety of tenants, and in 1999 the upper floors of the building on the right were damaged by a fire, as shown by the smoke marks above two of the windows. Otherwise, though, the buildings look much the same as they did when the first photo was taken, aside from alterations to the ground floor, and they stand as some of the oldest surviving commercial buildings on State Street.