The First Baptist Church, at the corner of Church and Main Streets in North Adams, around 1900-1910. Image courtesy of the Library of Congress, Detroit Publishing Company Collection. 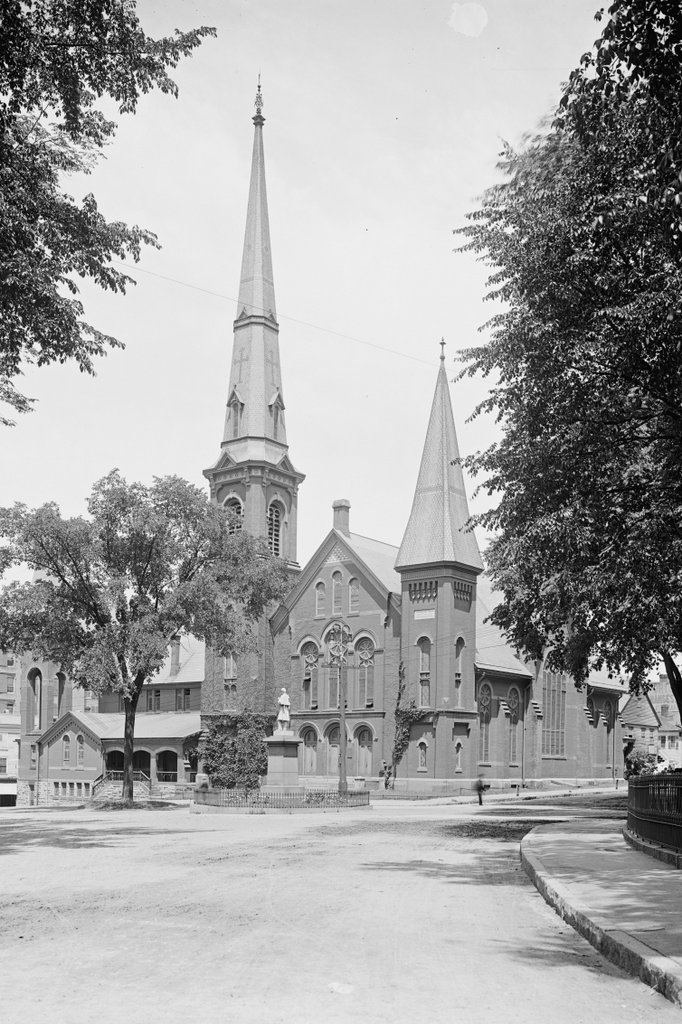 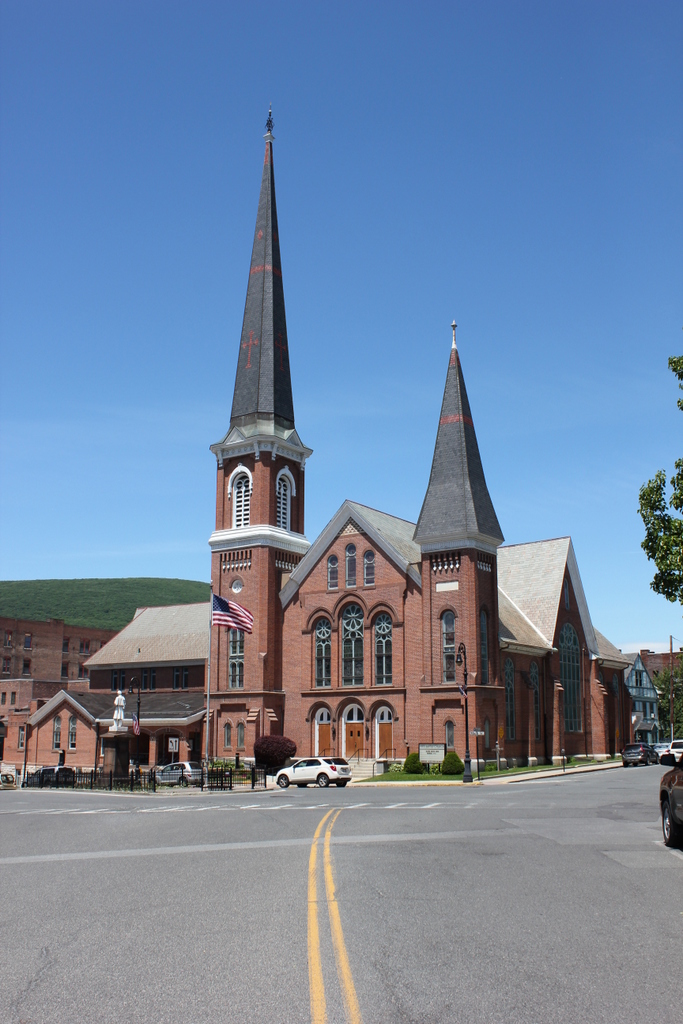 The First Baptist Church was established in 1808, with its parishioners meeting here on this site in a former Congregational church that had been built in 1782. The old building was moved just to the north of here in 1829 and a new one was constructed here. This one was, in turn, replaced by a new one in 1848, which was renovated in 1871 with a new front facade and tower. At the time, present-day North Adams was still a part of the town of Adams, but in 1878 it was incorporated as a separate town, and the church became the First Baptist Church of North Adams.

However, only a year later, on May 5, 1879, the church was destroyed by a fire. The cause of the blaze was never determined, but it started in the organ and burned for at least a half hour before being detected. By the time it was extinguished, most of the building was destroyed, and contemporary newspaper accounts estimated the cost of the damage to be at least $45,000.

Despite the loss, the church was quickly rebuilt here on the same site. The new church may have even incorporated the 1871 front facade and towers, although if so they would have been heavily modified; the earlier church building featured Gothic-style pointed arches, while the rebuilt one has rounded Romanesque arches. The building was dedicated on September 7, 1880, with a series of services that were held throughout the day. In the morning, the Rev. George W. Samson of Harlem preached a sermon on “Strength and beauty are in His sanctuary.” He was followed in the afternoon by the Rev. John B. Brackett of Brookline, who spoke on justification by faith, and the evening service was marked by a sermon from the Rev. A. J. Gordon of Boston, who preached from Psalm 84.

The first photo was taken sometime around the turn of the 20th century, showing the main facade of the church. Directly in front of the church is Monument Square, which features a Civil War statue that was sculpted by North Adams native Charles Niles Pike and dedicated in 1878. Just beyond the church, hardly visible on the far right side of the photo, is the original 1782 meeting house, which was converted into residential and commercial use after being moved in 1829.

Today, very little has changed in more than a century since the first photo was taken. There have been a few small changes to the exterior of the church, including the removal of the small tower on the far left side and the alteration or replacement of the spire atop the tall tower. Otherwise, though, it looks largely the same as it did when it was completed in 1880, and it remains an active Baptist church. The soldiers’ monument is also still standing here in Monument Square, and even the old meeting house behind the church has survived, although it has been heavily altered aver the years. Both of these building, along with a number of others here in downtown North Adams, are now part of the Monument Square–Eagle Street Historic District, which was added to the National Register of Historic Places in 1972.