Looking north on Second Street toward the corner of Randall Street in Adams, around 1900-1915. Image courtesy of the Library of Congress, Detroit Publishing Company Collection. 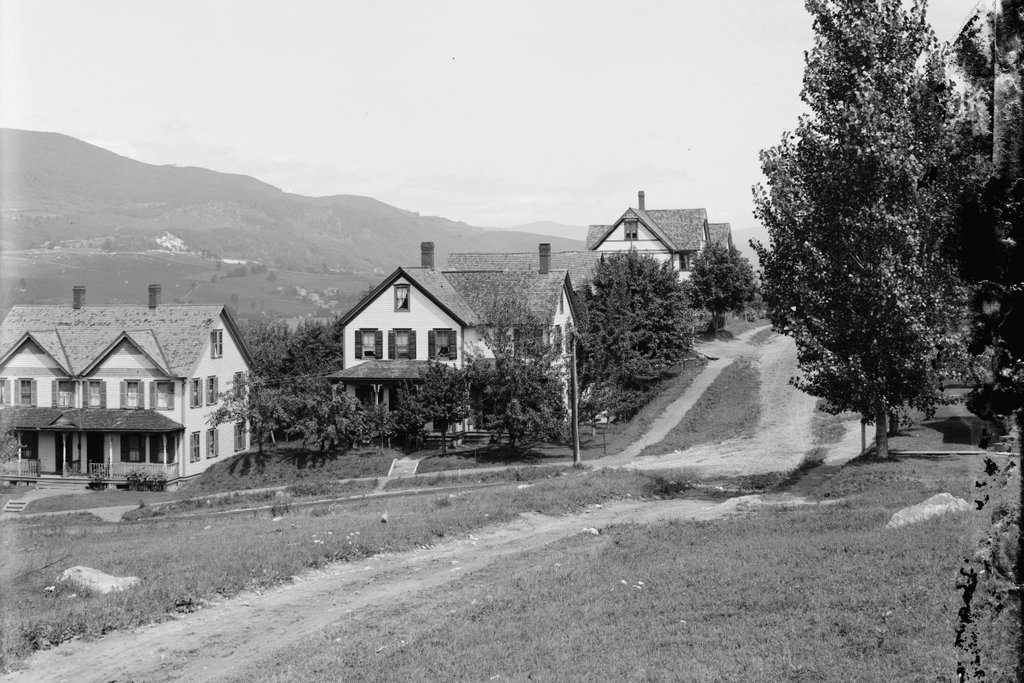 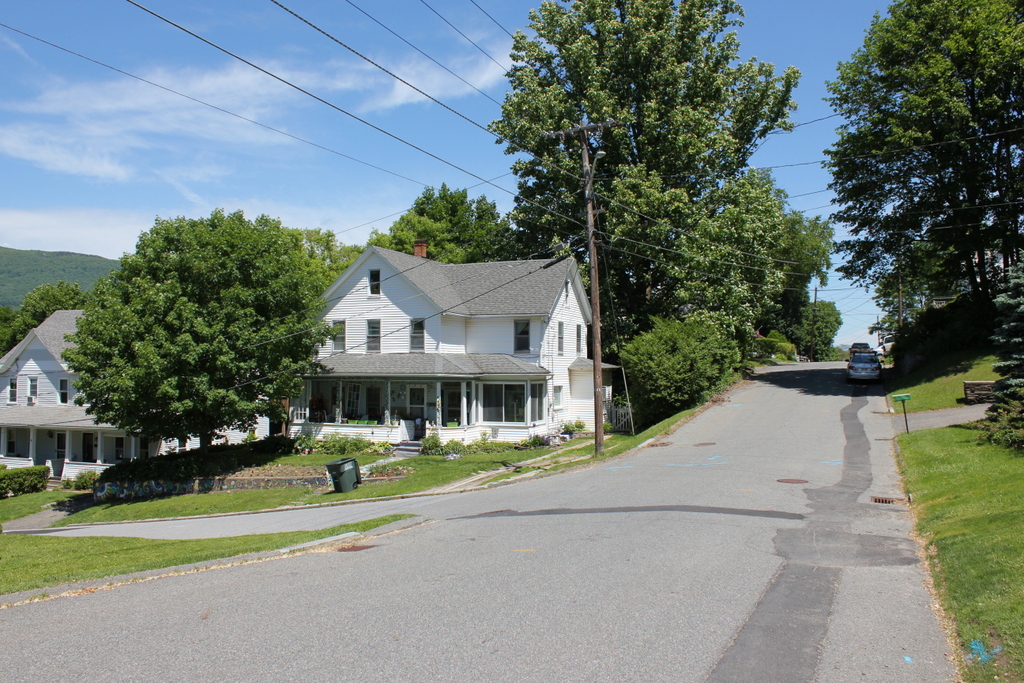 These photos were taken from the same spot as the ones in the previous post, just facing further to the north. The original photos, including ones featured in blog posts here and here, may have actually been intended as a panorama, because they line up with just a bit of overlap; the duplex on the far left here is the same building on the far right in the previous post.

In any case, these historic photos were taken in the early 20th century, when Adams was a fast-growing factory town. Its population had doubled in the 20 years between 1880 and 1900, and this period saw the development of new residential neighborhood, including these streets on the hillside immediately to the east of the center of town. Some of the houses here had already been built by the time the first photo was taken, but there were sill many vacant lots, and the streets were simply narrow dirt paths.

As mentioned in the previous house, the 1900 census shows that the duplex on the left, at 40-42 Randall Street, was the home of two different families. On the left side was Fred Wilder, a teamster who lived here with his wife Ida, their daughter, and a boarder. The other side of the house was rented by Grace Welch, a 23-year-old woman who lived here with her three children.

Also during the 1900 census, the house in the center of the photo, at 44 Randall Street, was owned by Arthur Randall, whose family may have been the namesake of the street. He was 26 years old at the time, and he, like several of his neighbors, worked as a teamster. At the time, four generations of the family lived here, including Arthur and his wife Azilda, their infant son Everett, Arthur’s father Levi Randall, grandfather Gilbert Harrington, and niece Ella Randall. Levi, who was 58 years old in 1900, worked as a carpenter, and according to the 1904 county atlas he was the owner of the duplex at 40-42 Randall Street.

The other house visible in the first photo is at 14 Second Street, located beyond and to the right of the Randall house. In 1900 it was owned by 43-year-old Marcus Harrington, the uncle of Arthur Russell. He was a blacksmith, and he lived here with his wife Elizabeth and their three children: Walter, Velma, and Earl. According to the 1904 atlas, he also owned the neighboring house at 16 Second Street. However, this house does not appear on the census, so it may have been either unbuilt or vacant in 1900.

Today, more than a century after the first photo was taken, much has changed in this scene. The roads look very different, having been widened and paved, and the exteriors of the houses have also changed, including the removal of the shutters, installation of modern siding, and alterations to the front porches. Overall, though, the turn-of-the-century houses are still standing here, and this scene is still easily recognizable from the first photo.