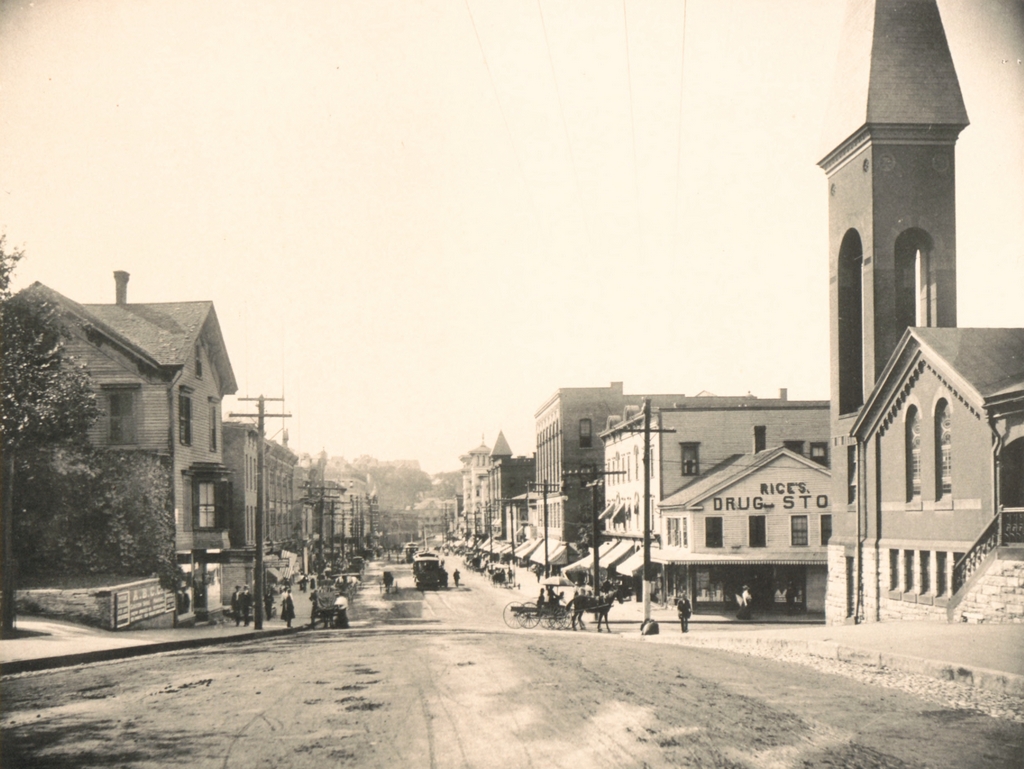 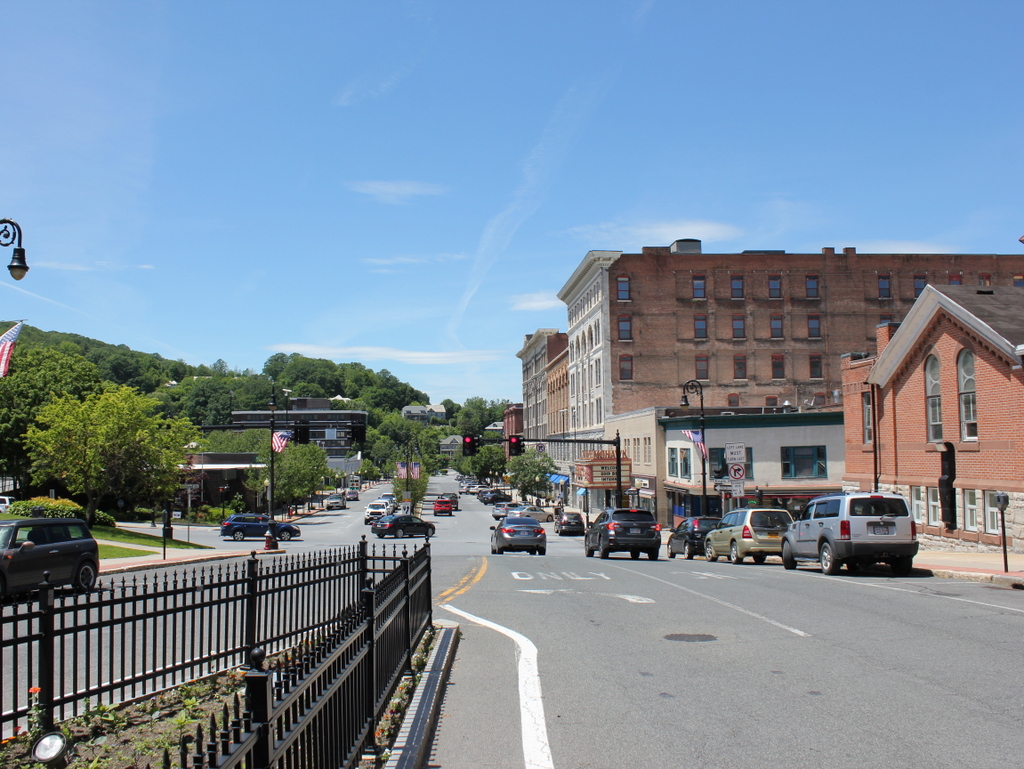 North Adams is one of the newest municipalities in Massachusetts, having been established in 1878, but this area was originally settled more than a century earlier, in the mid-1700s. It was incorporated as the town of Adams in 1778, and over the years it developed into two distinct villages, located about five miles apart along the Hoosac River. Both became important manufacturing centers, but the northern village, shown here in these photos, ultimately outgrew the southern one, and in 1878 it was partitioned off as the town of North Adams.

The first photo was taken around 1900, at the height of North Adams’s prosperity. Between 1880 and 1900 it more than doubled in population, growing from 10,000 to over 24,000 in just 20 years, and in 1895 it was incorporated as a city. This quarter-mile section of Main Street, between Eagle Street and the Hoosac River, became the city’s central business district, and many of the commercial buildings in the first photo were constructed during this time.

This scene would undergo further changes only a few years after the first photo was taken, most notably with the construction of the Dowlin Block and the New Kimbell Building, both of which were completed in 1902. Other buildings would be added over the next few decades, and today many of these buildings are still standing, as shown in the present-day scene.

Starting on the far right of the 2019 photo is the First Baptist Church, which was completed in 1880. At some point the tower on the corner of the building was removed, but otherwise the rest of the church survives with few exterior alterations. Past the church, on the other side of Eagle Street, the corner building in the first photo is either gone or heavily altered, and beyond it is the two-story Mohawk Theater, built in 1938.

From this perspective, the first of the major commercial buildings is the seven-story Dowlin Block, which features an ornate Renaissance Revival-style granite facade. To the left of it is the somewhat smaller Hoosac Savings Bank Building. This four-story block was built around 1884, and it appears in the first photo, where it was much more prominent before the construction of its taller neighbors. On the other side of the bank is the New Kimbell Building, which was built around the same time as the Dowlin Block in 1902. It has Renaissance Revival architecture that is similar to the Dowlin Block, and it stands six stories in height.

Barely visible further in the distance is the Gastlick Building, which was originally constructed in the late 19th century but altered in 1925. It stands next to the Second Blackinton Block, which is located at the corner of Holden Street. This four-story brick Romanesque-style building was completed in 1888, and it also appears in the first photo. Although not visible in either photo, this building is adjacent to the First Blackinton Block, a long Italianate-style commercial building that was built in 1873 and still stands today.

Perhaps the most significant building that no longer survives from the first photo is the Wilson Hotel, whose two towers are visible in the distant center of the scene. Built in 1866, this was the largest hotel in the city until the early 20th century, when it was destroyed by a fire on July 2, 1912. This site, at the northwest corner of Holden Street, is now occupied by the Empire Building, which was built later in 1912.

Overall, many of the buildings on the right side of the first photo are still standing today, alongside other historic building that were constructed within a few years afterwards. However, the left side, on the south side of Main Street, has completely changed. The old buildings here were all demolished by around the 1970s, and they were subsequently replaced by several different one-story commercial buildings and a seven-story hotel, which stands further in the distance at the corner of American Legion Drive.