The John Adams birthplace at 133 Franklin Street in Quincy, around 1904. Image courtesy of the Library of Congress, Detroit Publishing Company Collection. 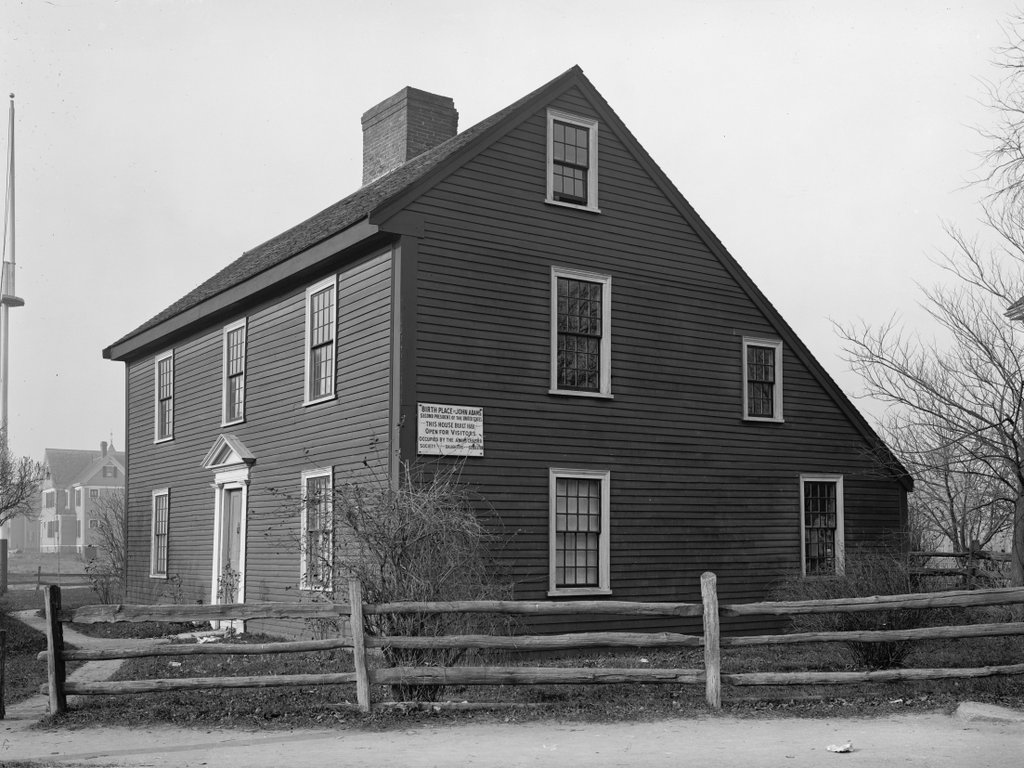 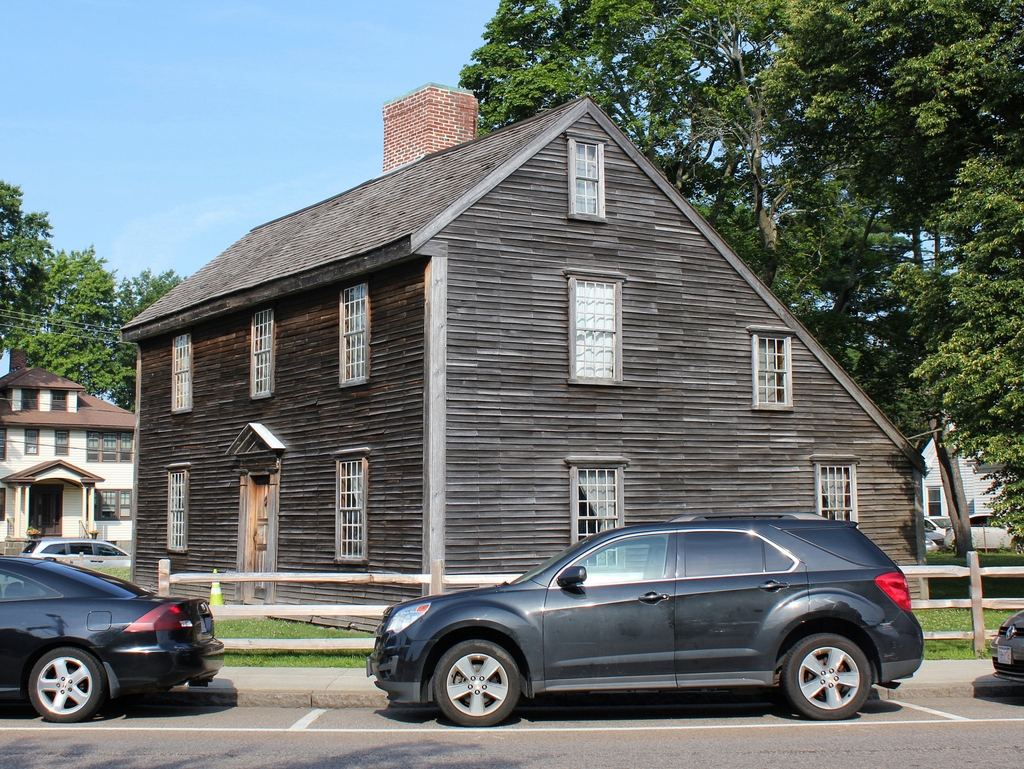 This house was built in 1722, although its structure incorporated timbers from an earlier 17th century house that may have stood on this same site. As such, it is one of the oldest surviving houses in Quincy, predating even the establishment of the town by 70 years. However, the house is best known as the birthplace and childhood home of President John Adams, who was born here on October 30, 1735.

The president’s father, Deacon John Adams, purchased this property in 1720, which consisted of seven acres of farmland in what was, at the time, part of the town of Braintree. He built the current house about two years later, although it would be another 12 years before he married his wife Susanna Boylston in 1734, when he was 43 and she was 26. Their son John Adams was born a year later, in the east bedroom on the second floor, at the corner of the house closest to the foreground in this scene. They went on to have two more sons, Peter and Elihu, and Deacon John lived here until his death in 1761 at the age of 70.

In the meantime, the future president and founding father spent his childhood here in this house, before leaving for Harvard in 1751 when he was 16. After graduation, Adams spent time in Worcester, where he studied law and worked as a teacher for a few years before returning to his hometown. After their father’s death, his brother Peter inherited this house, with John receiving the house next door, which his father had acquired in 1744. John apparently continued to live here in this house, though, until his marriage to Abigail Smith in 1764.

John and Abigail Adams then moved into the neighboring house, and three years later their son, John Quincy Adams, was born in that house in 1767. As a result, these two houses are the closest presidential birthplaces in the country, standing only 75 feet apart. John Adams eventually purchased his birthplace house from his brother in 1774, and rented it to other tenants. He and Abigail continued to live in the other house until 1788, although he spent much of this time away from home, including spending much of the American Revolution as a diplomat in Europe.

Upon returning from Europe in 1788, the Adamses moved to a much larger house elsewhere in town, which they named Peacefield. However, John continued to own both of these houses until 1803, when he sold them to John Quincy Adams. The properties would subsequently be owned by several more generations, and for much of the 19th century they were used as rental properties.

Both houses remained in the Adams family for many years, although by the turn of the 20th century they had become museums, with the Quincy Historical Society occupying the John Quincy Adams birthplace, and the Adams Chapter of the Daughters of the American Revolution here in the John Adams birthplace. The first photo was taken during this time, as indicated by the DAR sign on the side of the house.

The family finally sold both houses to the city of Quincy in 1940. In 1960, they were designated as National Historic Landmarks, and in 1978 they were transferred to the National Park Service. Along with the Peacefield mansion, the houses are now part of the Adams National Historical Park, and they are open to the public for guided tours.