The view looking south from the Mount Holyoke Summit House in Hadley, around 1900. Image courtesy of the Library of Congress, Detroit Publishing Company Collection. 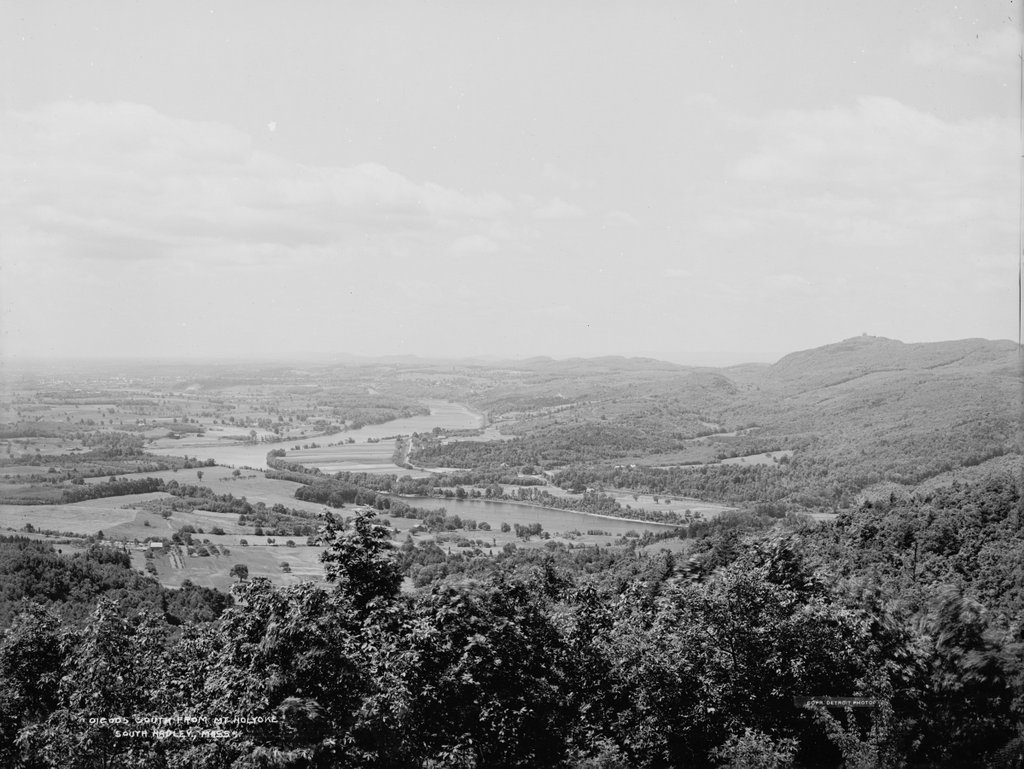 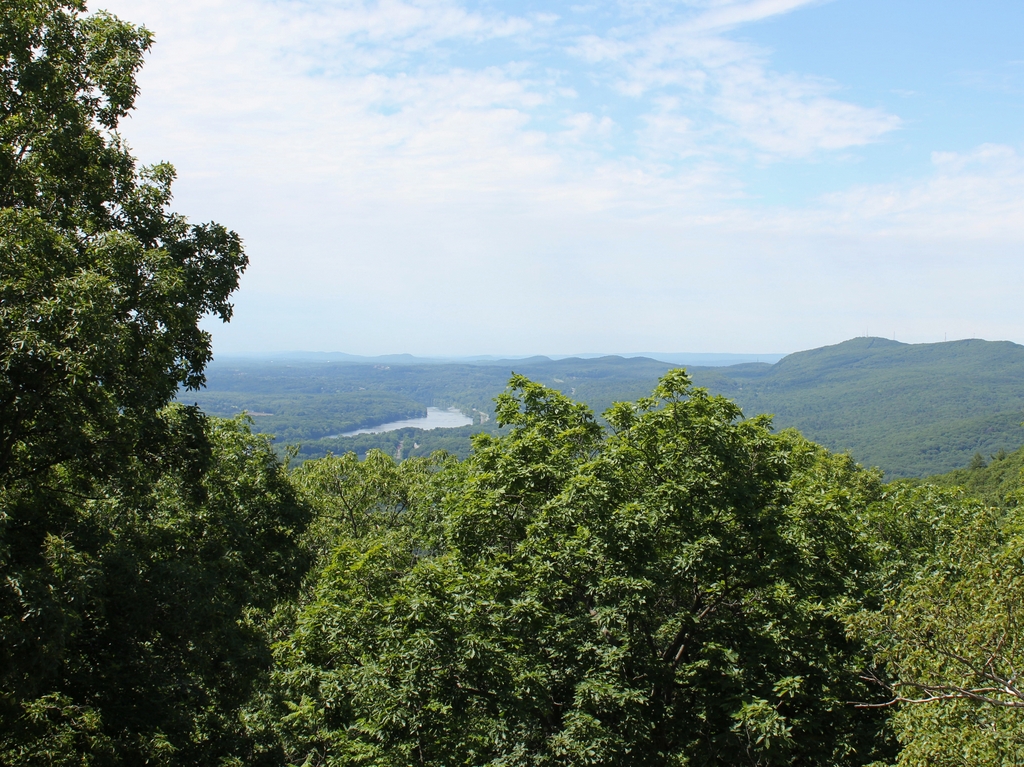 One of the most important geological features in the Connecticut River Valley is the Metacomet Ridge, a long narrow traprock formation that runs roughly parallel to the river. It passes through central Connecticut and western Massachusetts, running from Long Island Sound to just south of the Vermont border. Its peaks are relatively low in elevation compared to the mountains of the Berkshires further west, with few reaching above a thousand feet, but the ridge stands out in the landscape because it rises so high above the surrounding low-lying river valley.

Because of this prominence, the Metacomet Ridge offers expansive views from atop its steep traprock ledges. However, perhaps none of these views are as celebrated as those from Mount Holyoke, which sits on the border of Hadley and South Hadley, Massachusetts. The 935-foot mountain is in the middle of a ten mile section that features some of the highest elevations of the entire ridgeline. This section is bookended by the two highest peaks of the Metacomet Ridge, with the 1,200-foot Mount Tom at the southern end and the 1,106-foot Mount Norwottuck to the east.

Although Mount Holyoke is comparatively lower in elevation, it has a unique position. Here, the ridge takes a sharp 90-degree turn across the Connecticut River, forming two perpendicular ranges bisected by the river. Mount Holyoke is located directly east of the river, so the top of the mountain provides dramatic views of the river as it winds its way through the surrounding farmland. Most famously, these scenes inspired 19th century artist Thomas Cole to paint The Oxbow, one of the most iconic landscape paintings in the history of American art.

The view captured in The Oxbow is not the same direction as the two photos shown here in this post. Cole’s painting faces almost due west, while these two photos were taken facing south, looking downstream on the river with the city of Holyoke in the distance on the left and Mount Holyoke on the right. Unlike the views to the west or north from the summit, this southern view is not nearly as celebrated in paintings or photographs. Part of this might be because the viewer is typically facing into the sun in this direction, creating a backlit scene. Another reason might be because the mountain has a much more gradual southern slope, so the landscape seems more distant when compared to the views from atop the steep northern and western cliffs.

Either way, the scene in the first photo shows some interesting contrasts. The jagged spine of the Metacomet Ridge runs across the horizon of the photo, parallel to the gently curving Connecticut River in the center of the scene. Further to the left, the prosperous industrial city of Holyoke in the distance contrasts with the open fields and scattered farmhouses of the foreground. The view is somewhat different in the present-day scene, as the trees now obscure most of the foreground, but both the river and the ridgeline remain dominant features in the landscape.

Both of these photos were taken from the porch of the Summit House, which was built in 1851 and expanded several times in the second half of the 19th century. At the time, mountaintop resorts were particularly popular, and the Summit House here on Mount Holyoke was just one of three in the vicinity; the others included the Eyrie House atop Mount Nonotuck, and the Summit House on Mount Tom, which is visible in the distance on the right side of the first photo.

It is difficult to tell, but the Mount Tom building in the photo appears to have been the first of three successive ones at the summit. This one burned in 1900, probably soon after the photo was taken, and it was subsequently rebuilt twice in the early 20th century. The Eyrie House likewise burned in 1901 and was never rebuilt, yet the Mount Holyoke hotel has managed to avoid such a fate, and the building is still standing today as a museum.

More than a century after the first photo was taken, and nearly two centuries after Thomas Cole made the mountain famous, much has changed in the view from Mount Holyoke. The land is actually far more forested now than it was at the turn of the 20th century, so in some ways there are actually fewer obvious signs of human development. However, the abundance of trees also makes very clear the swath that Interstate 91 cuts across the modern-day landscape, about halfway between the river and the mountains.

Despite these changes, though, the view from Mount Holyoke remains perhaps the most impressive landscape view in southern New England. Although overnight guests no longer stay at the Summit House, the mountain remains a popular destination, with visitors driving up the auto road or climbing the relatively short hike from the base. In 1939, the summit and the surrounding land became the Joseph Allen Skinner State Park, after its namesake donated the land to the state. Much of the remaining land along the Holyoke and Mount Tom ranges has similarly been preserved, and the area affords some of the best hiking and other outdoor recreation opportunities in the Connecticut River Valley.