The Thomas Crane Public Library on Washington Street in Quincy, around 1900-1906. Image courtesy of the Library of Congress, Detroit Publishing Company Collection. 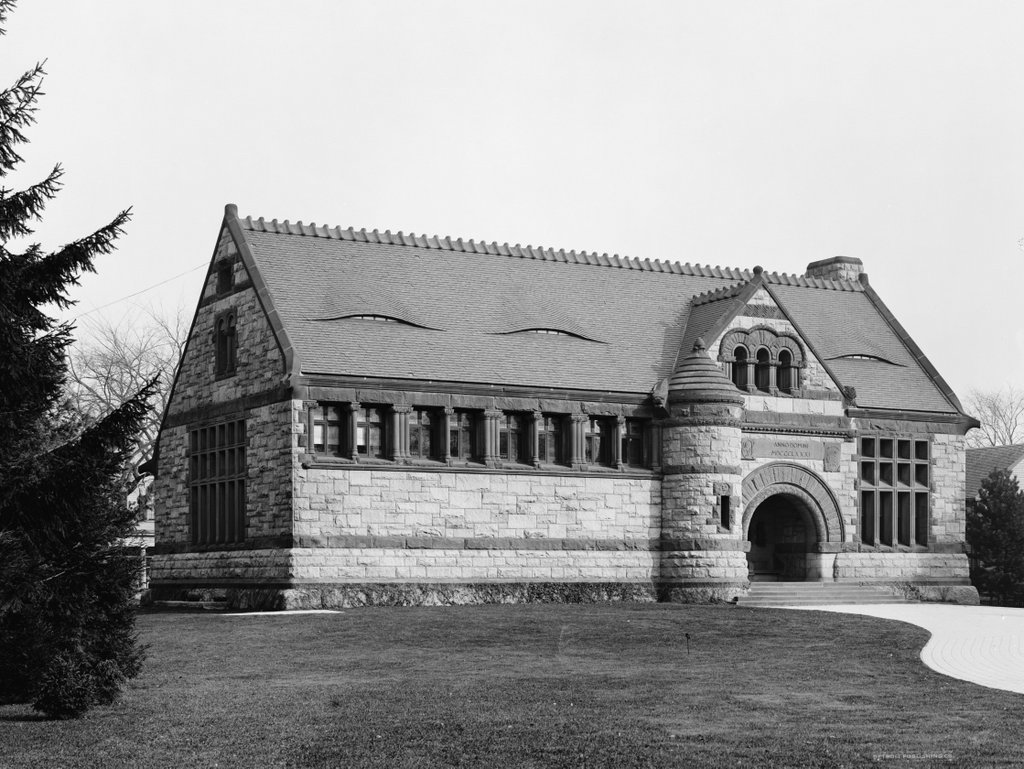 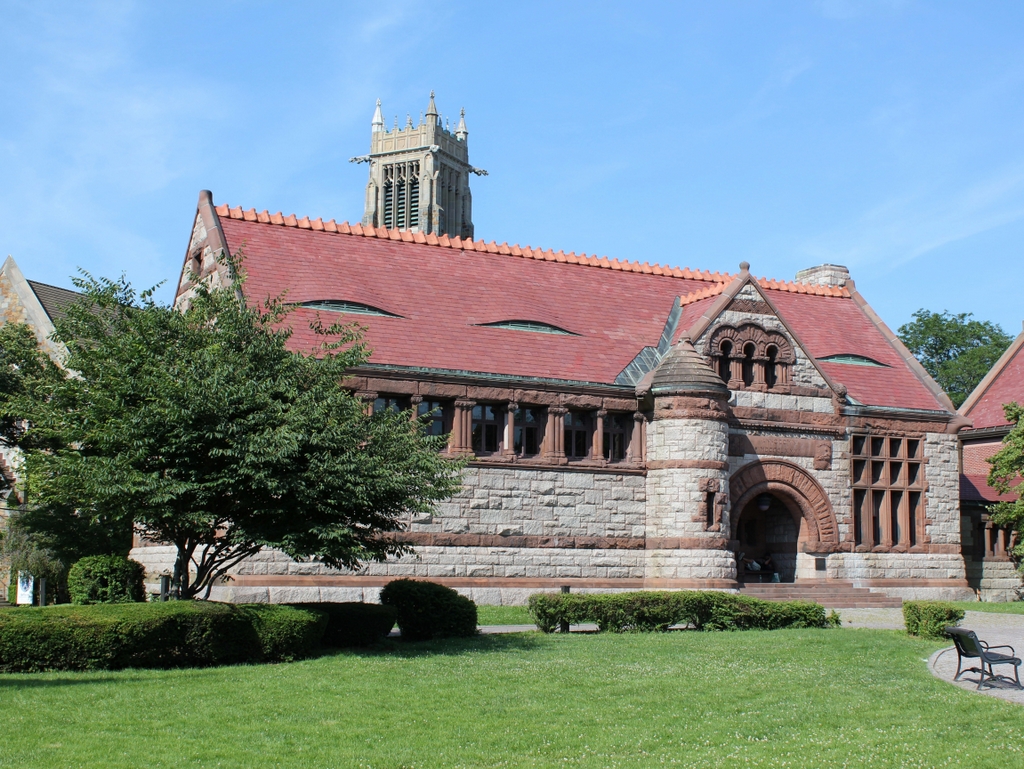 The Thomas Crane Public Library was established in 1880 by Albert Crane as a memorial to his late father, Thomas Crane. Born in 1803, Thomas grew up in Quincy and began working here as a stonecutter in the granite quarries. He later moved to New York, where he had a successful business career selling Quincy granite in the rapidly-growing city. However, he did not forget Quincy, often spending his summers here, and after his death in 1875 his son decided that a public library would be an appropriate way of honoring his memory.

The building was designed by Henry H. Richardson, one of the nation’s preeminent architects of the 19th century. Richardson pioneered a style known as Richardsonian Romanesque, which typically featured rounded arches, tall narrow windows, and rough exterior walls with contrasting light and dark stone. The vast majority of Richardson’s works were public buildings, including a number of churches and railroad stations, and he also designed several libraries. Despite its relatively small size, this library is generally regarded as one of his finest works, with architectural historian and Richardson biographer Henry-Russell Hitchcock declaring it to be “without question the best library Richardson ever built.”

The library was completed in 1882, with the formal dedication on May 30. Albert Crane and other members of his family attended the event, and he ceremonially handed over the keys of the building to Charles Francis Adams Jr., the grandson and great grandson of Quincy’s two famous presidents. Adams then gave the keynote address, in which he recounted the life of Thomas Crane, with a particular emphasis on his humble origins and his strong personal character and morals.

The building’s architecture was well received, and the Boston Journal published a glowing review of its design as part of its coverage of the dedication ceremony:

It is built in what may be termed free Romanesque style of architecture, and is in the form of a parallelogram, 84 by 41 feet in dimensions. The outer material is of Easton pink-tinted granite trimmed with Longmeadow brown stone. The interior above the basement is occupied by one lofty story and a low studded attic. The southern portion is devoted to a reading room. There are in the large hall 16 alcoves with a capacity of 40,000 volumes, and a small room is specially devoted to books and manuscripts pertaining to local history. The effect of the interior is pleasing. There are seven large windows beautifully decorated in stained glass by La Farge. In the east window of the reading room are the suggestive words; “And his leaves shall not wither.” The principal light is a remarkable piece of work, the design of which is by La Farge, and represents in vivid hues an old philosopher holding a roll in his hand. The finish of the interior is of Southern pine, beautifully decorated. The cost of the structure was $40,000, and the expense of grading and embellishing the grounds will probably reach $10,000 or $15,000 additional.

Despite the large capacity of the original library building, though, it was soon in need of expansion. The first addition came in 1908, with a wing in the rear of the library. Richardson had died more than 20 years earlier, but one of his former employees, William Martin Aiken, designed the addition, which matched the appearance of the original building. A second, more substantial expansion came in 1939, with the construction of a new building immediately to the southeast, connected to the older building by an L-enclosed walkway that is partially visible on the far right side of the present-day scene. As with Aiken’s wing, the architecture of this addition copied Richardson’s style. Then, the last expansion occurred in 2001, with a substantial addition to the east of the 1939 wing that doubled the size of the library.

Today, despite these many additions, the original 1882 Richardson portion of the library has remained essentially unchanged from this view. Its surroundings have changed, and the tower of the 1927 Bethany Congregational Church now looms above the building in the distance, but the old library has survived as an important work by one of the greatest architects in American history. Because of its architectural significance, the library was added to the National Register of Historic Places in 1972, and 15 years later it was designated as a National Historic Landmark, the highest level of federal recognition for a historic property.