Mascaro’s Cafe at 752 Boston Road in Springfield, on March 21, 1939. Image courtesy of the Springfield Building Department. 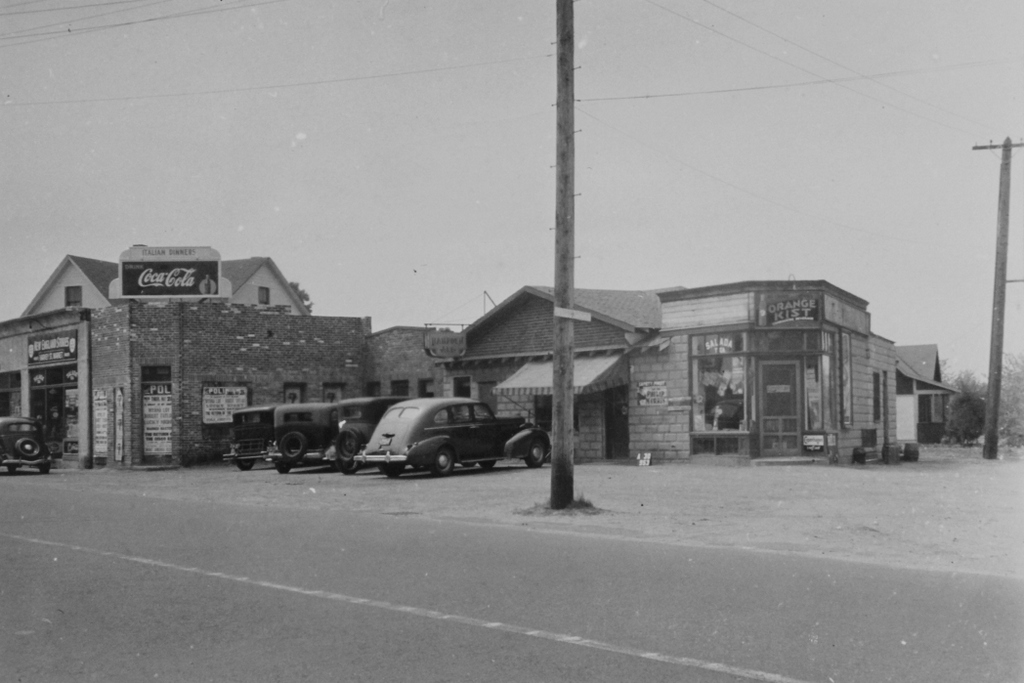 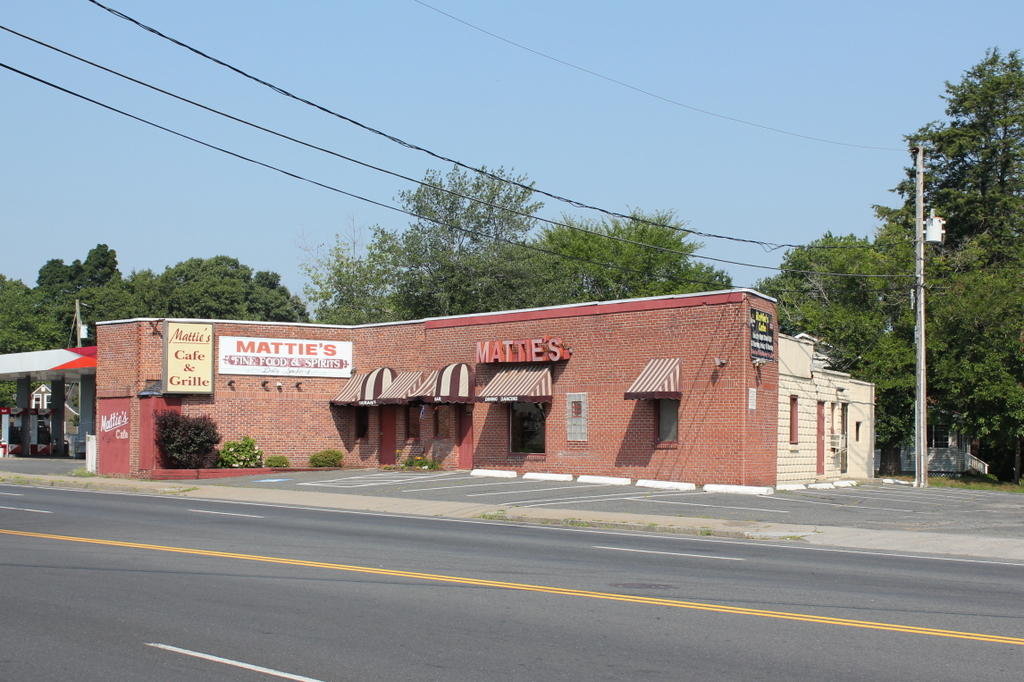 This lot at the northeast corner of Boston Road and Harvey Street has been developed since at least 1910, when a house appears here on that year’s city atlas. By the mid-1910s, the property was owned by Pietro Mascaro, an Italian immigrant who lived here with his wife Lena and their sons Antonio and Frank. He died in 1916, but the family continued to own this property for many years, and they operated several different businesses here.

By the time the first photo was taken in 1939, the property had been expanded far beyond the original house, which is barely visible in the distance on the left, behind the Coca Cola sign. At some point around the 1920s, two storefronts were added to the front of the house, along with a gas station on the other side of it, which was run by Frank Mascaro. Then, probably sometime in the late 1920s or 1930s, this section was built further to the east of the house, at the corner of Sewall Street. Unlike the earlier storefronts on the far left of the first photo, which were built up to the sidewalk, most of this section was set back from the road. This was presumably done to allow room for parking, reflecting the growing importance of automobiles by this time.

Although there are no names of businesses visible in the first photo, this section of the building appears to have had at least two different occupants at the time. On the far right side is some sort of a convenience store, with advertisements for Philip Morris, Salada Tea, Orange Kist, and other products visible near the entrance. To the left of it, marked by a Hampden Ale sign, is a bar, which is also variously described as a cafe, a dance hall, a roadhouse, and a tavern in city directories and newspapers of the period. It had been in business as early as 1933, in the final year of Prohibition. Antonio Mascaro received a beer license in May of that year, a little over a month after the passage of the Cullen–Harrison Act, which legalized low-alcohol beer.

Just beyond the building on the far right side of the photo is the house at 22 Sewall Street. At the time it was the home of Antonio Mascaro, his wife Josephine, and their children Rosemary and Peter. He operated the bar, which came to be known as Mascaro’s Cafe, for many years, until his death in 1957 at the age of 67. His son Peter then took over the business and ran it for more than 25 years, before selling it to Mattie’s Cafe in 1984.

Today, more than 80 years after the first photo was taken, this scene has undergone considerable changes. On the far left, the old house has long since been demolished, along with Frank Mascaro’s gas station and the two storefronts, and they were replaced by a more modern gas station. The former Mascaro’s Cafe building in the center of the scene is still standing, and it is still in use as Mattie’s Cafe, although it looks very different from its appearance in 1939. It is difficult to tell exactly when these renovations occurred, but they likely happened around the mid-20th century, and the work included bricking up the windows on the left side, along with adding a new brick facade to the front of the building. Overall, the only building that remains largely the same from the first photo is Antonio Mascaro’s former house on Sewall Street, which still stands on the far right side of the 2019 photo.