The Albany Academy, near the corner of Eagle and Elk Streets in Albany, around 1907. Image courtesy of the Library of Congress, Detroit Publishing Company Collection. 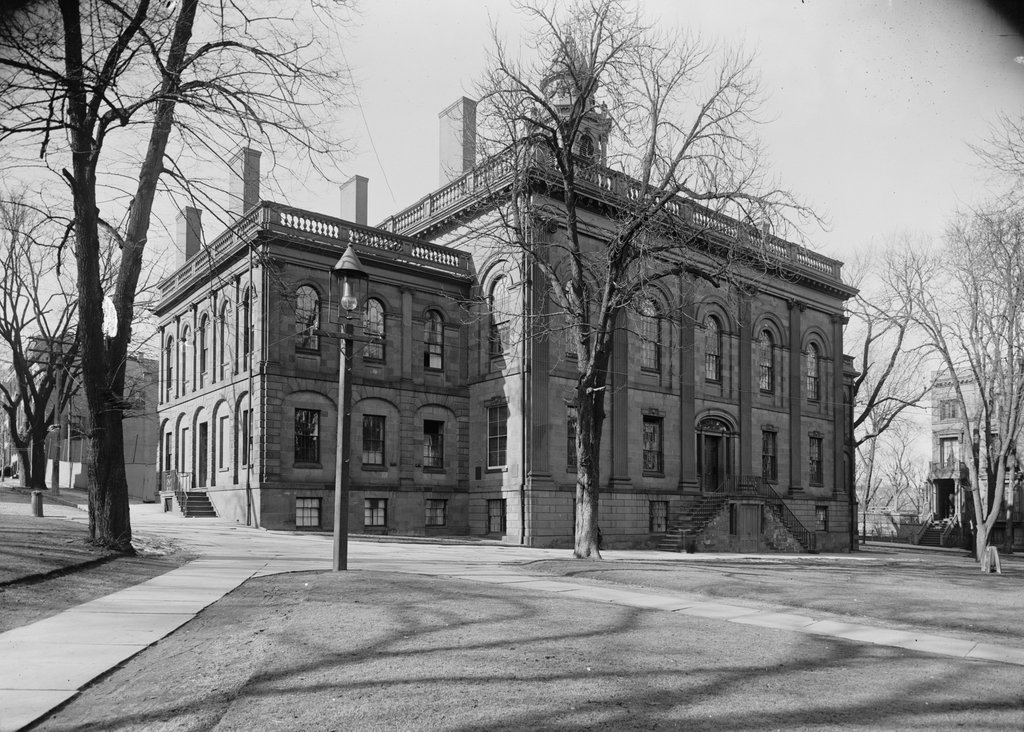 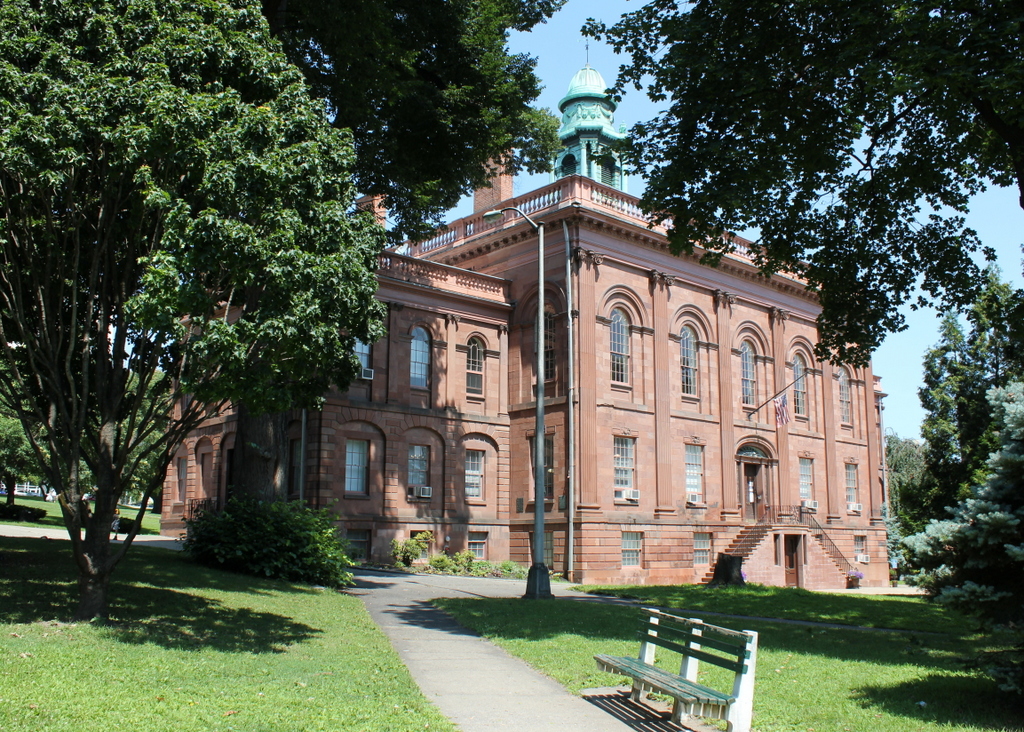 The Albany Academy was established in 1813 as a school for boys, and in 1817 the school moved into its first purpose-built facility, which is shown here in these two photos. The building stands just to the northeast of the New York State Capitol, in between Washington Avenue and Elk Street on the west side of Eagle Street. It is perhaps the city’s finest surviving example of Federal-style architecture, and it was designed by prominent architect Philip Hooker, whose other nearby works included the original capitol building and the old city hall.

This building was home to the academy for over a century, and during this time it saw a number of notable students. One of the earliest was Joseph Henry, who entered the school in 1819. He later returned as a science teacher in 1826, and over the next few years he performed groundbreaking experiments in electromagnetism here at the school. Probably his most important discovery here was electrical inductance, which occurred around the same time as—but independent from—Michael Faraday’s similar discoveries in Britain. This property of electrical conductors was later used by Samuel Morse in his invention of the telegraph, and today the SI unit for measuring inductance is named the henry in his honor.

Aside from Henry, The Albany Academy had many other students who went on to have successful careers, particularly in the fields of government and law. Nine future congressmen attended the school while it was located here, as did prominent federal judge Learned Hand, Supreme Court justice Rufus Wheeler Peckham, and longtime Albany mayor Erastus Corning 2nd, whose 41 years in office is a record among mayors of major American cities. Other prominent students included authors Herman Melville, William Rose Benét, and Stephen Vincent Benét, along with future World War II general and Medal of Honor recipient Theodore Roosevelt Jr., who attended the school while his father was serving as governor of New York.

The school remained here in this building well into the 20th century, and it was still in use when the first photo was taken around 1907. However, within a few decades the school had outgrown the old building here in downtown Albany, and in 1931 it relocated to a new campus on the outskirts of the city. The school is still located there today, although in 2007 it merged with the Albany Academy for Girls to form The Albany Academies.

In the meantime, this building was sold to the City School District of Albany, which renovated the interior and converted it into district offices. Today, the school district still occupies the building, which has remained largely unchanged since the first photo was taken more than a century ago. It is one of Philip Hooker’s few surviving works, and in 1971 it was added to the National Register of Historic Places.