The gravestone of author Josiah Gilbert Holland in Springfield Cemetery, around 1892. Image from Picturesque Hampden (1892). 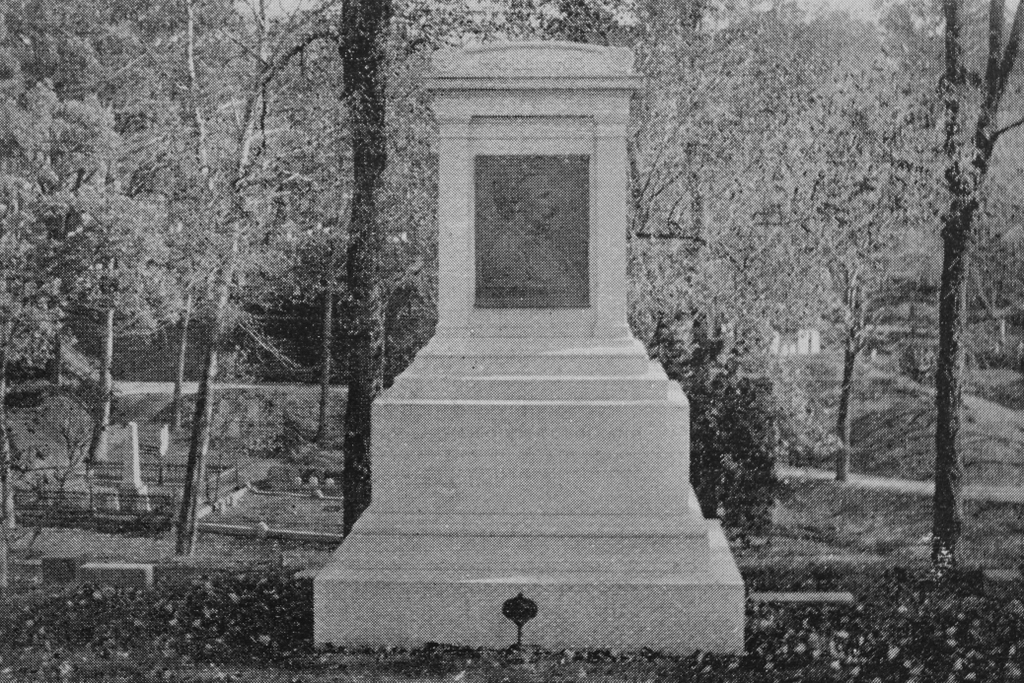 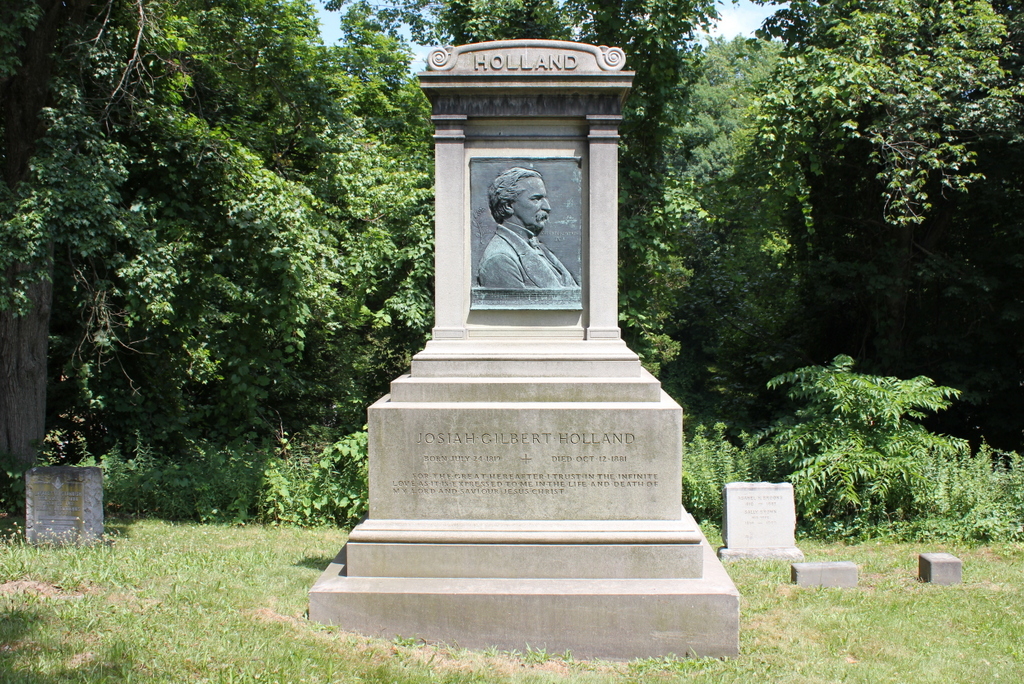 Josiah Gilbert Holland was a prominent author during the second half of the 19th century, writing a variety of works, including novels, poems, history books, and advice books. He was also an assistant editor of the Springfield Republican, and he was one of the founders of the magazine Scribner’s Monthly. Born in Belchertown in 1819, Holland moved to Springfield as an adult, and he spent much of his literary career here, before moving to New York in the early 1870s. He died there in 1881, but his body was returned to Springfield, where he was buried here in Springfield Cemetery.

Holland’s books are rarely read today, in part because of the overly sentimental and moralistic style of his writings. However, these same qualities made his works very popular with the general public during the Victorian era, and after his death he was memorialized here at his gravesite with a bronze bas relief sculpture by prominent sculptor Augustus Saint-Gaudens. It features a profile image of Holland, with a sprig of lily-of-the-valley behind him, and the inscription “Et Vitam Impendere Vero,” which translates to “To devote one’s life to truth.” Beneath the bas relief, the base of the monument features another inscription that reads “For the great hereafter I trust in the infinite love as it is expressed to me in the life and death of my lord and saviour Jesus Christ.”

The first photo was taken only about a decade after Holland’s burial. Since then, several more gravestones have been added to this scene, but otherwise very little has changed here. Holland himself has been largely forgotten by readers and literary scholars, but his monument has been well-preserved throughout this time, and it remains one of the most artistically-significant gravestones in Springfield.