The gravesite of Henry Wadsworth Longfellow in Mount Auburn Cemetery, around 1900-1910. Image courtesy of the Boston Public Library. 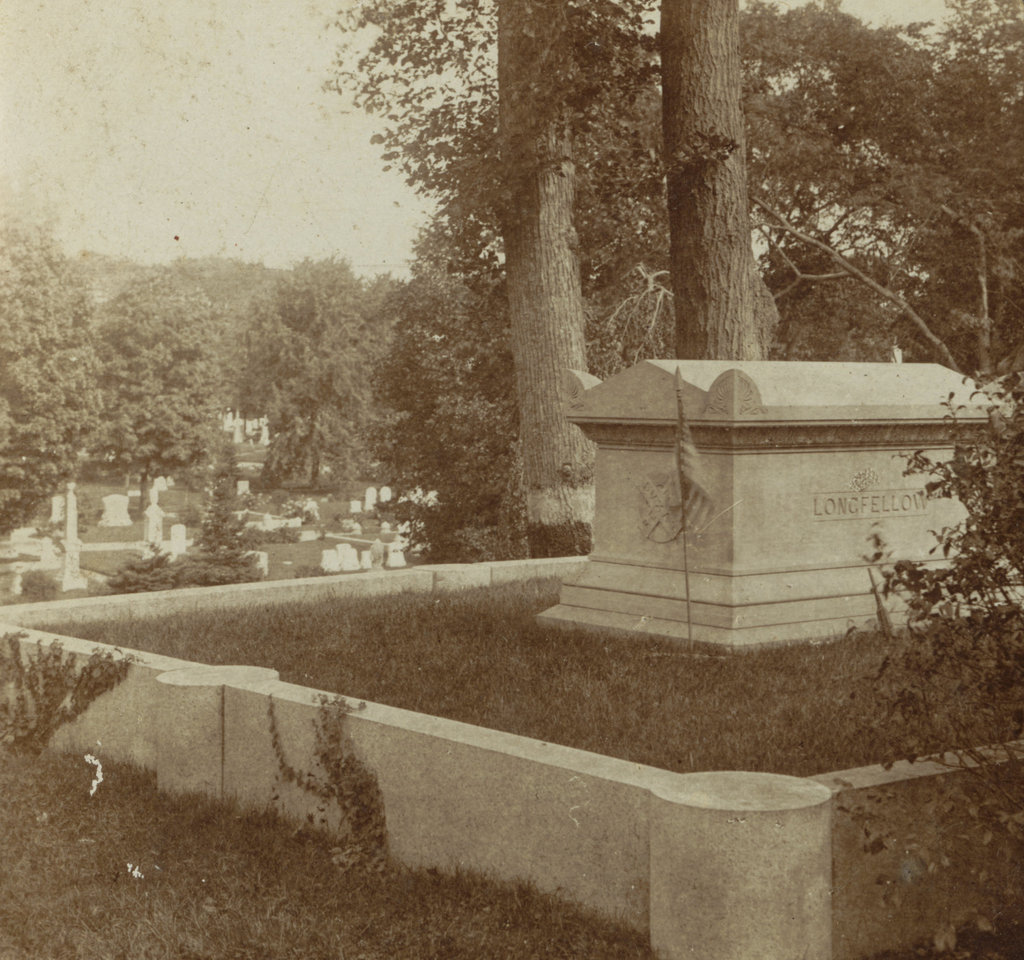 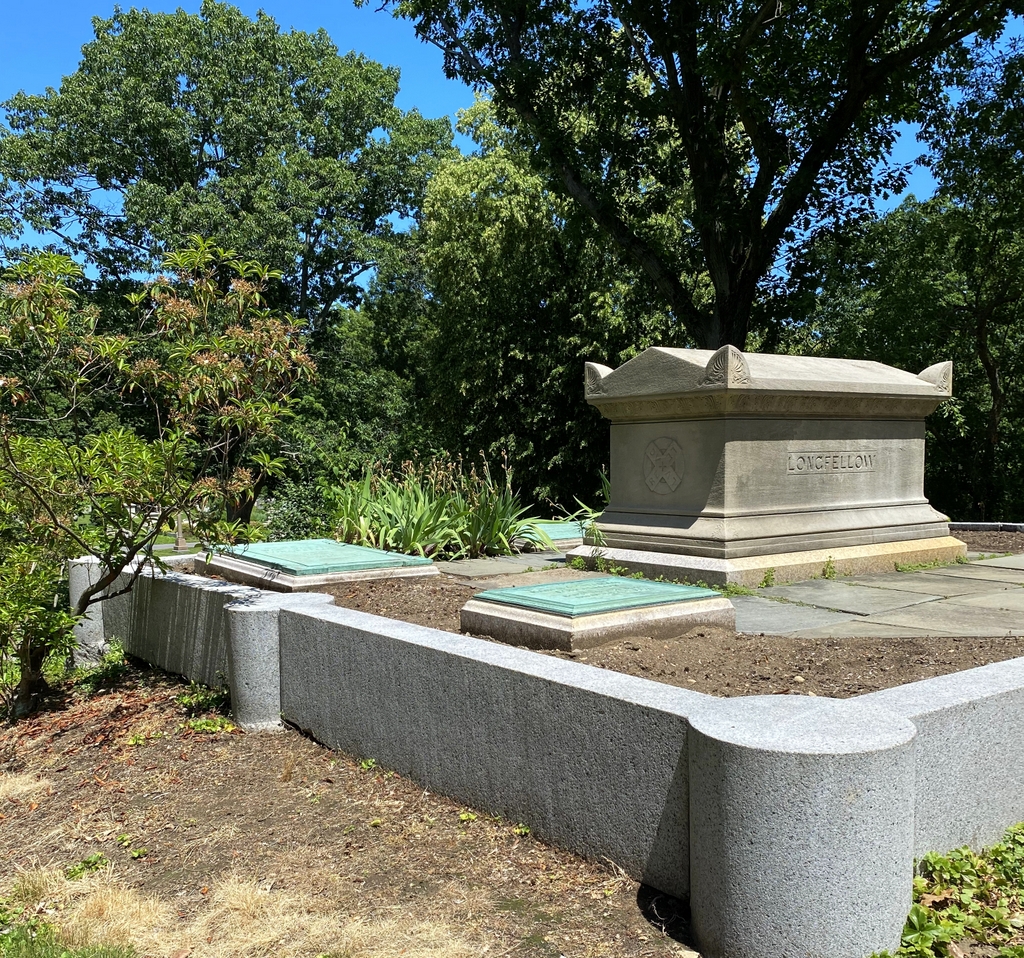 These two photos show the final resting place of prominent 19th century poet Henry Wadsworth Longfellow and his family. Born in Portland in 1807, he later attended Bowdoin College, became a professor there, traveled abroad in Europe, and then eventually ended up in Cambridge as a Harvard professor in 1836. In the meantime, he had married his first wife, Mary, in 1831, but she died in Europe in 1835 as a result of complications from a miscarriage, and her body was returned here for burial in the newly-established Mount Auburn Cemetery.

When he moved to Cambridge after her death, he rented a room in a mansion that, more than 60 years earlier, had been George Washington’s headquarters during the Siege of Boston. He eventually purchased this house, and he lived there for the rest of his life. He remarried in 1843, to Frances Appleton, and they had six children together, one of whom died in infancy and was buried here. Unfortunately, Frances also died under tragic circumstances, when her dress caught fire while she was trying to melt wax to seal envelopes. Longfellow himself was also badly burned while trying to put out the flames, which led him to grow his beard to hide the scars.

Throughout his time in Cambridge, Longfellow was the most celebrated poet in America. Some of his most popular works included long epic poems such as Evangeline and The Song of Hiawatha, along with shorter poems, such as “The Courtship of Miles Standish,” “Paul Revere’s Ride,” and “The Village Blacksmith.” His poems often told highly romanticized versions of historical events, in many cases focusing on the colonial or Revolutionary eras.

Longfellow died in 1882 at the age of 75, and he was buried here in the family plot in Mount Auburn Cemetery, alongside his two wives and infant daughter. The first photo was taken a couple decades later, showing the family monument. It was carved out of Indiana limestone by Longfellow’s nephew, William Pitt Preble Longfellow, and on the side it features a symbol in the form of a circle with an X over it. The X is inscribed with “Dux,” “Lex,” “Lux,” and “Rex,” and the words are arranged so that they all share a small X in the center of the larger X. This Latin inscription translates to “Leader,” “Law,” “Light,” and “King.”

By the time the first photo was taken, Longfellow’s oldest child, Charles, had also been buried here. His other four children were still living at the time, but his son Ernest died in 1921, and his daughter Alice in 1928, and both were subsequently buried in the family plot. Aside from these additional interments, the only changes here have been the landscaping. The family plot is no longer covered in grass, and the trees in the distance on the hillside have grown in, but otherwise this scene is still easily recognizable more than a century after the first photo was taken.