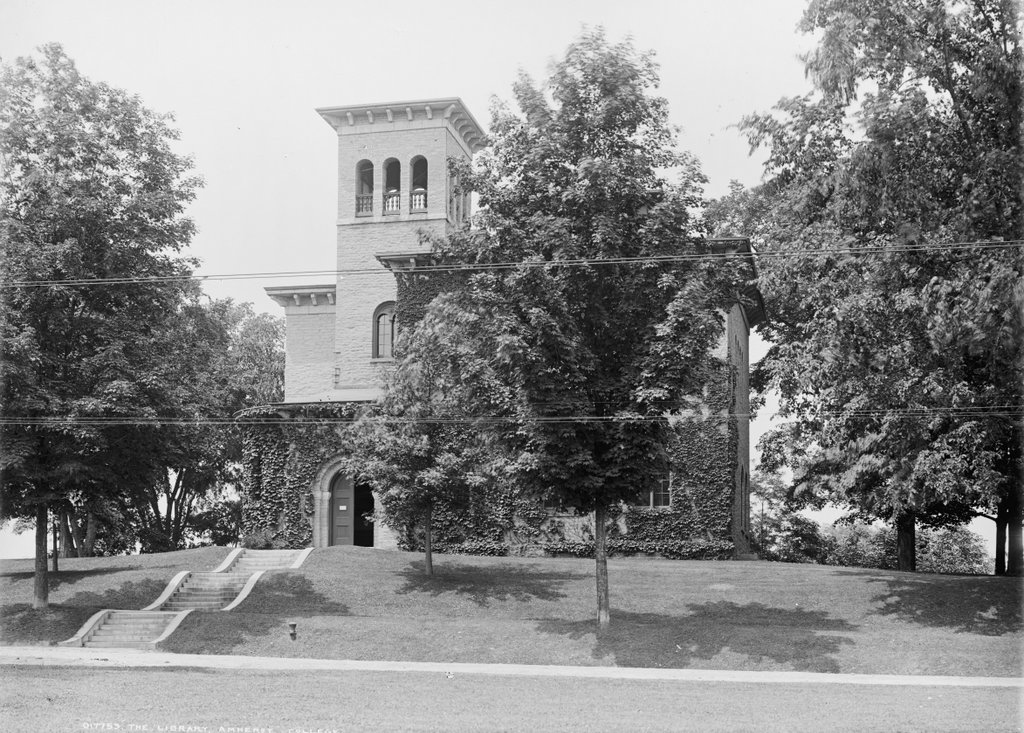 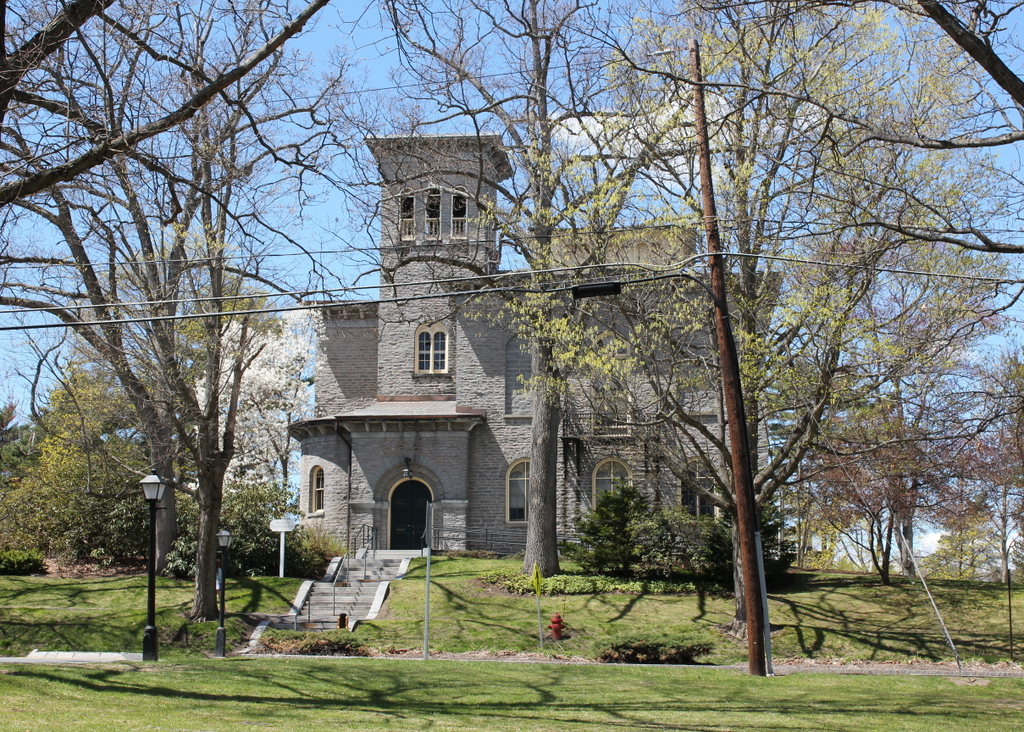 Seniors marching in front of College Hall at Amherst College, around 1908. Historic image courtesy of the Library of Congress, Detroit Publishing Company Collection. 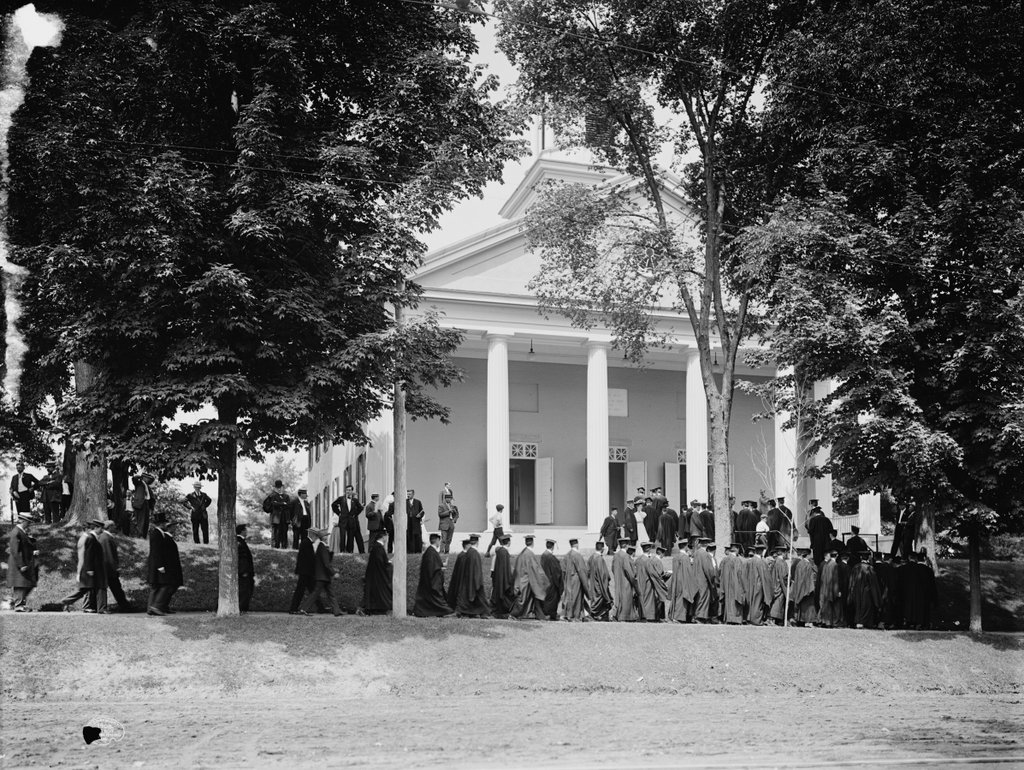 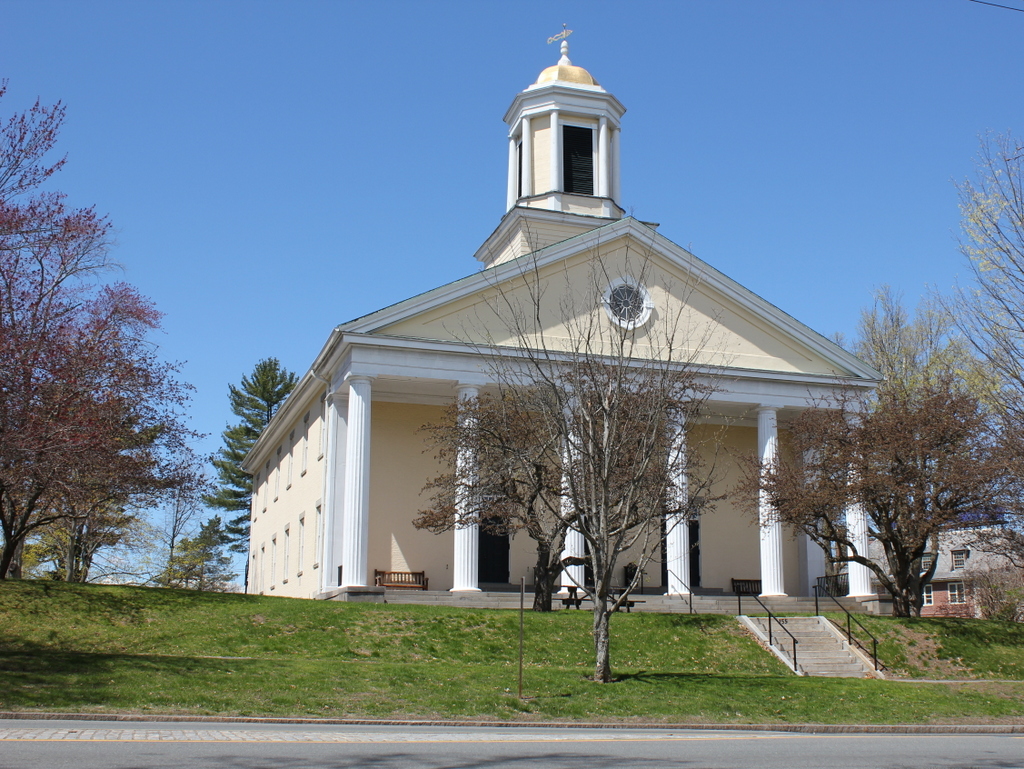 These two photos show College Hall, an administrative office building at Amherst College that is also seen in this post.  It was built in 1829 as a church, and was later acquired by the school to use as an auditorium before being converted to offices in 1965.  The first view shows the seniors, probably the class of 1908, marching into the auditorium for the commencement ceremony.  I would imagine that this essentially the same as it would’ve looked 13 years earlier, when 22 year old Calvin Coolidge graduated from Amherst College.  By the time the first photo was taken, Coolidge was living a couple towns away in Northampton and representing them in the Massachusetts House of Representatives.  Probably the only major difference in the exterior of the building between Coolidge’s graduation and the present day came in 1905, when the portico was restored; it had been removed in 1861 before the school acquired the building.

College Hall on the Amherst College campus, at the corner of Northampton Road and South Pleasant Street in Amherst, around 1908. Image courtesy of the Library of Congress, Detroit Publishing Company Collection. 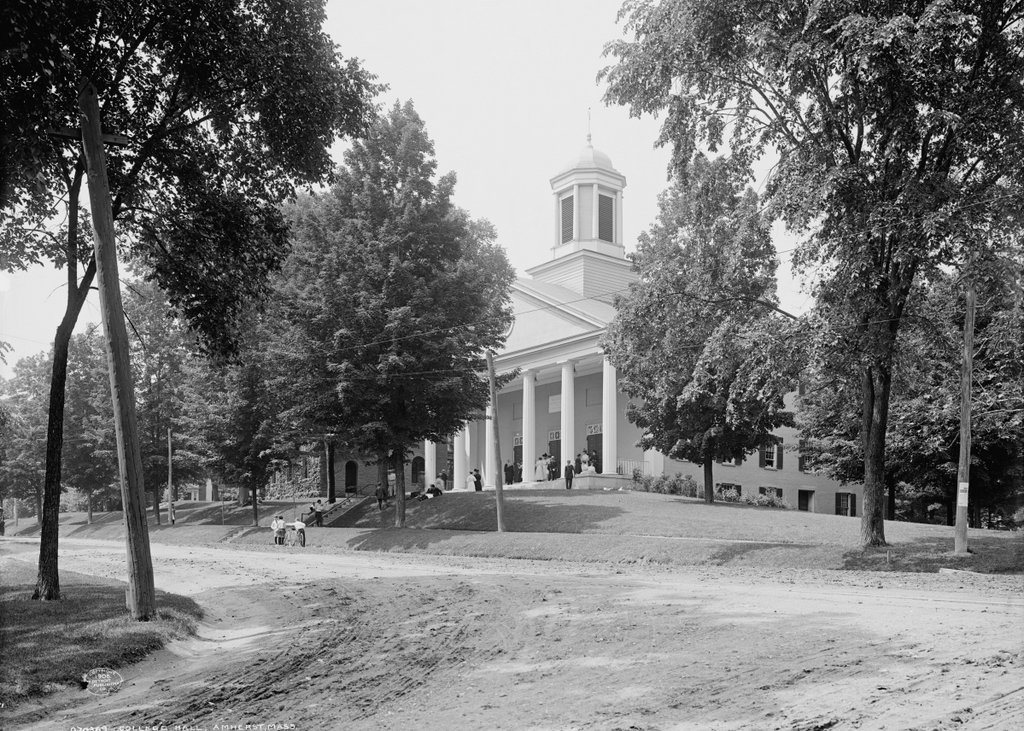 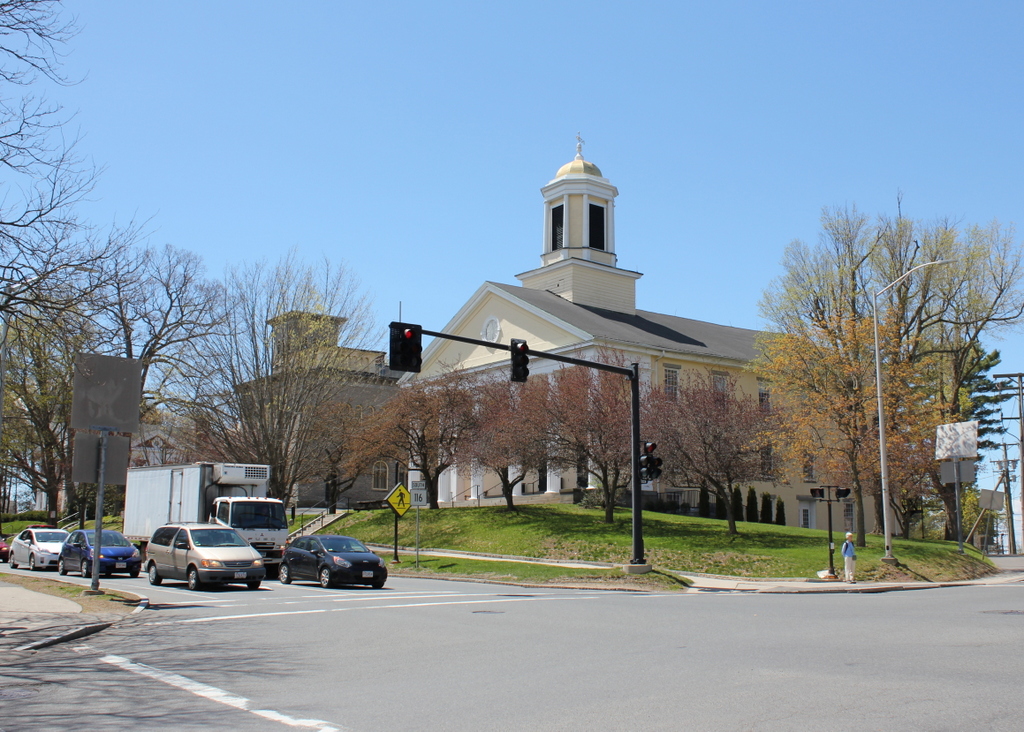 This building on the Amherst College campus is almost as old as the college itself, although it wasn’t originally built by the school.  Its architecture gives away its original use; it was built in 1829 as the meeting house of the First Congregational Church in Amherst.  However, the land itself was originally part of Amherst College – it was given to the church, who built the building, under the stipulation that the college be allowed to use it.  It was used as a church until 1866, when the land was sold back to the college and became College Hall.  It was used for commencements and other meetings, and saw some changes before the first photo was taken.  The portico had been removed in 1861, but was restored in 1905 as a gift from the class of 1884.  The biggest change, however, came in 1965, when the building was renovated into administrative offices.