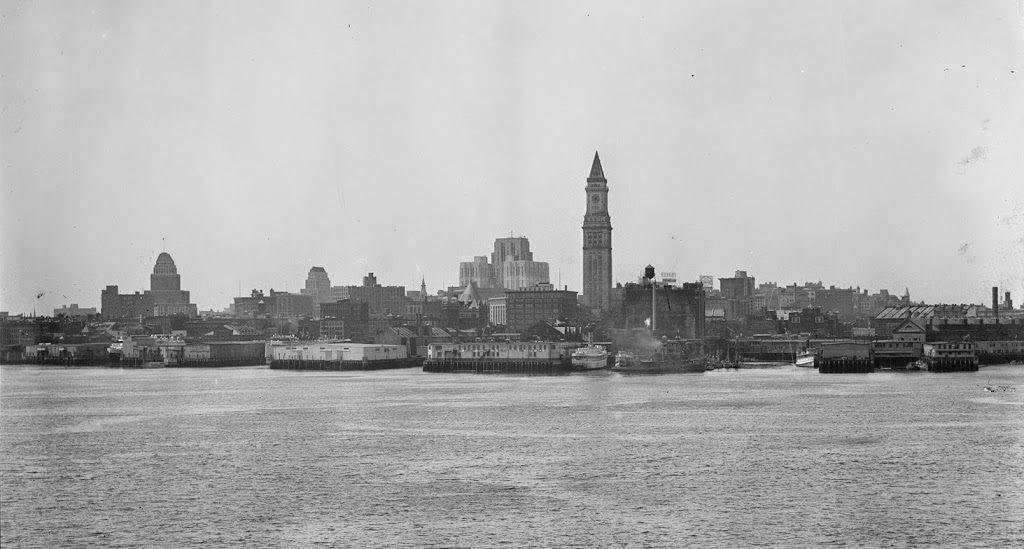 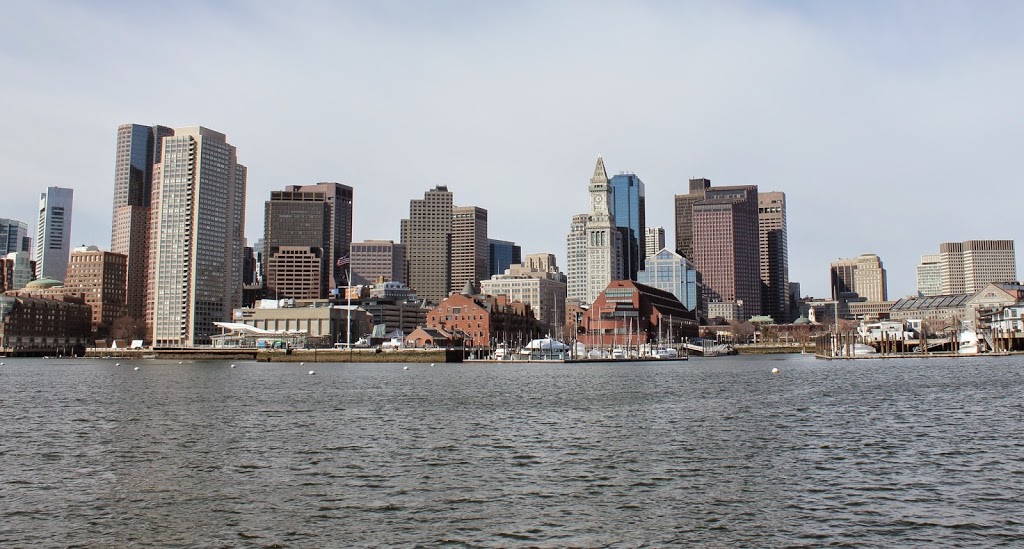 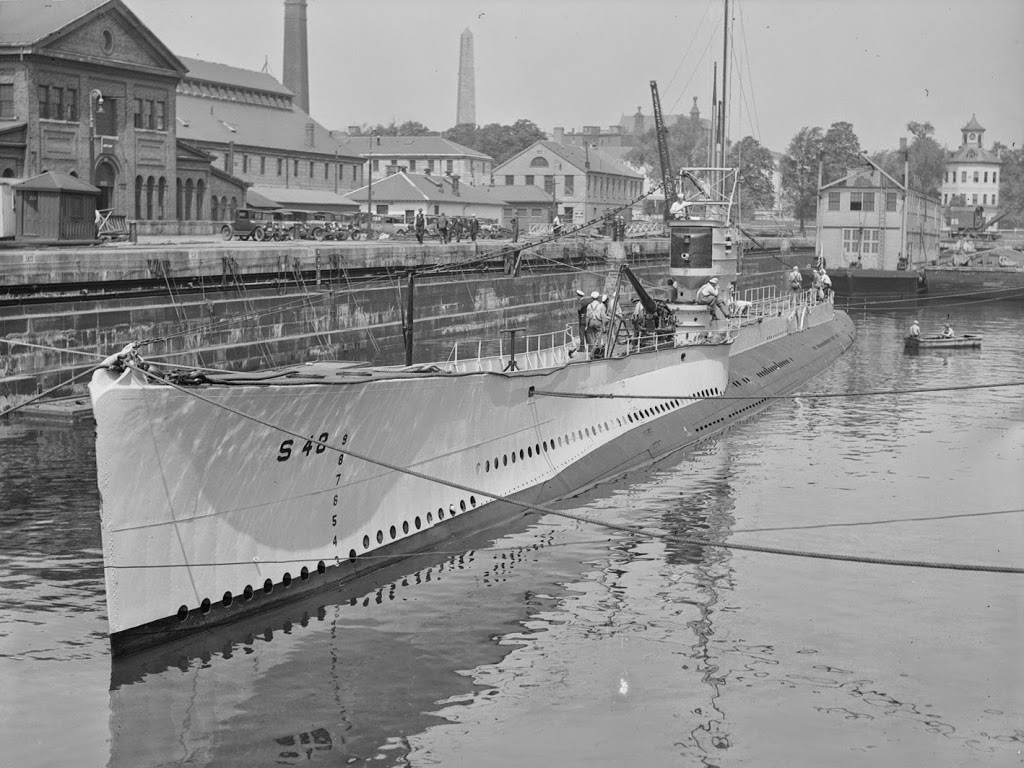 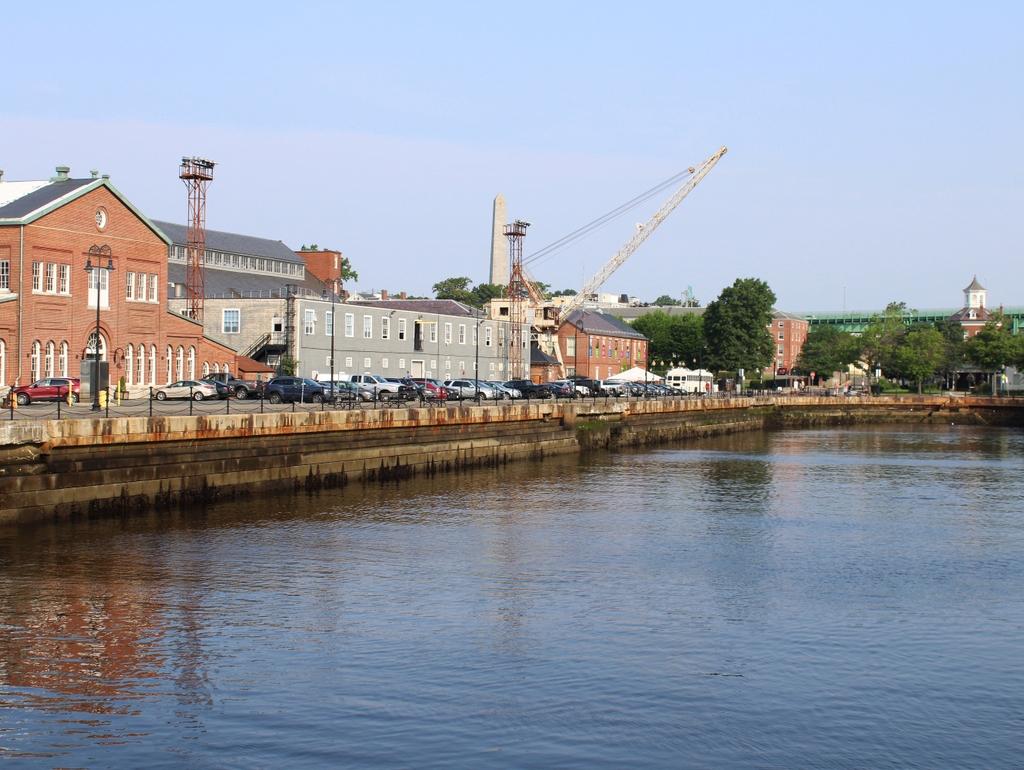 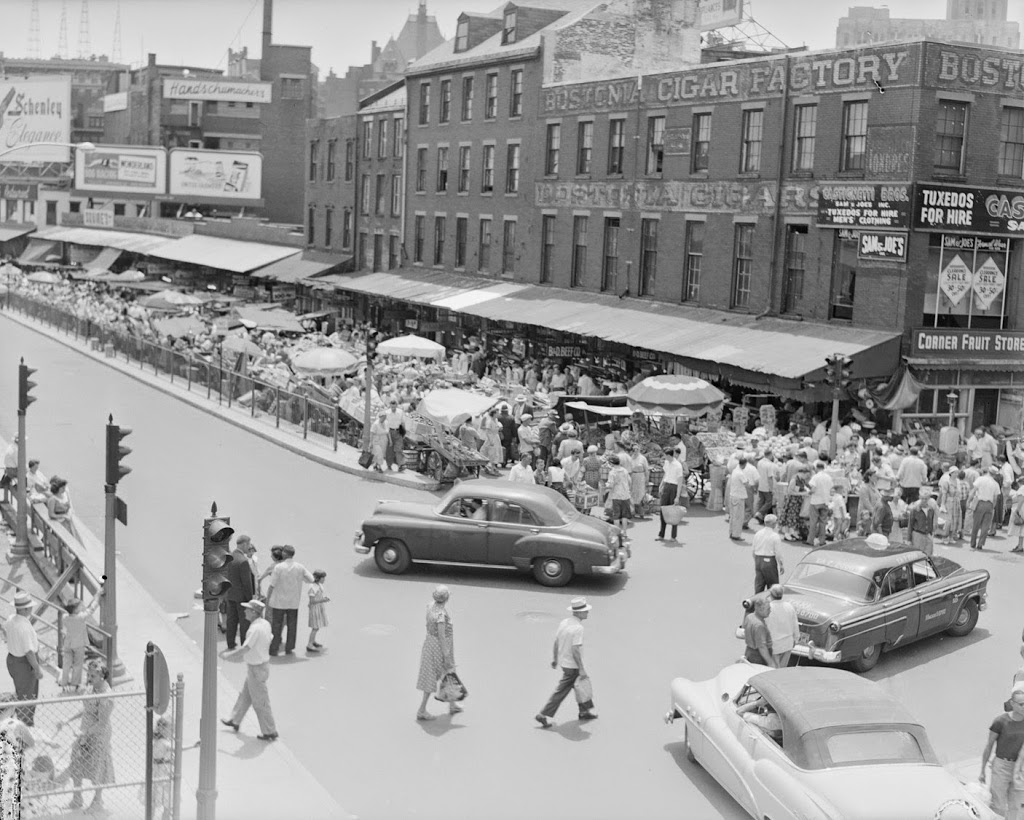 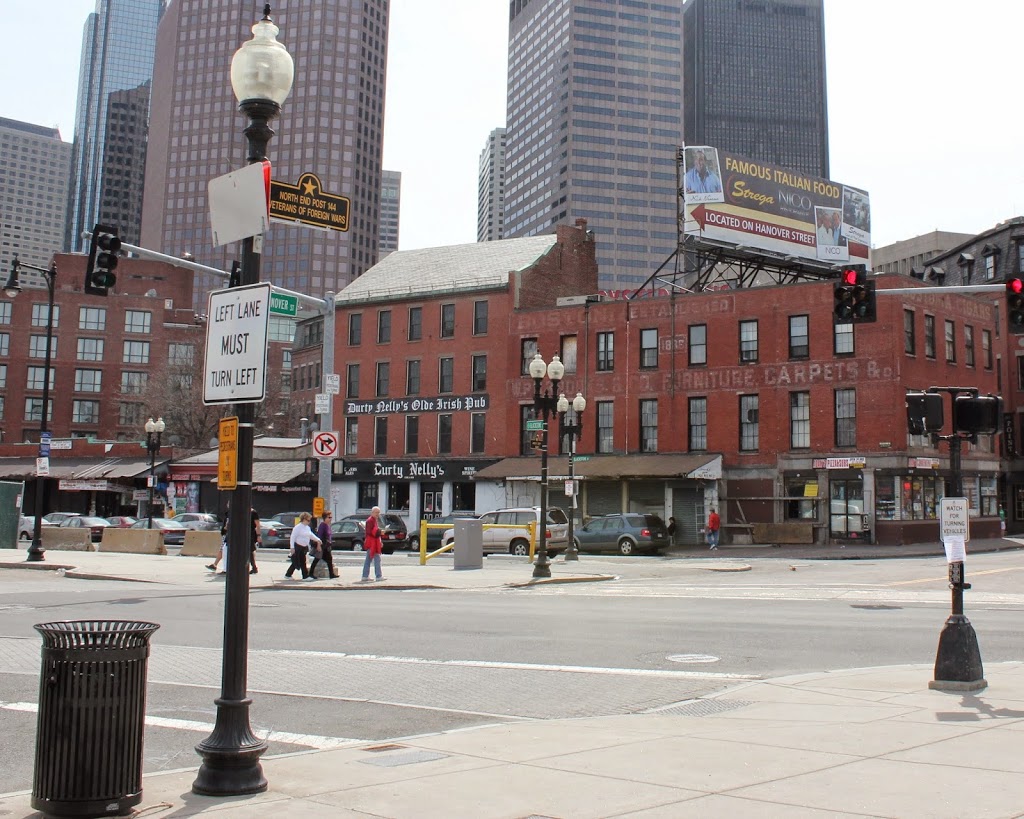 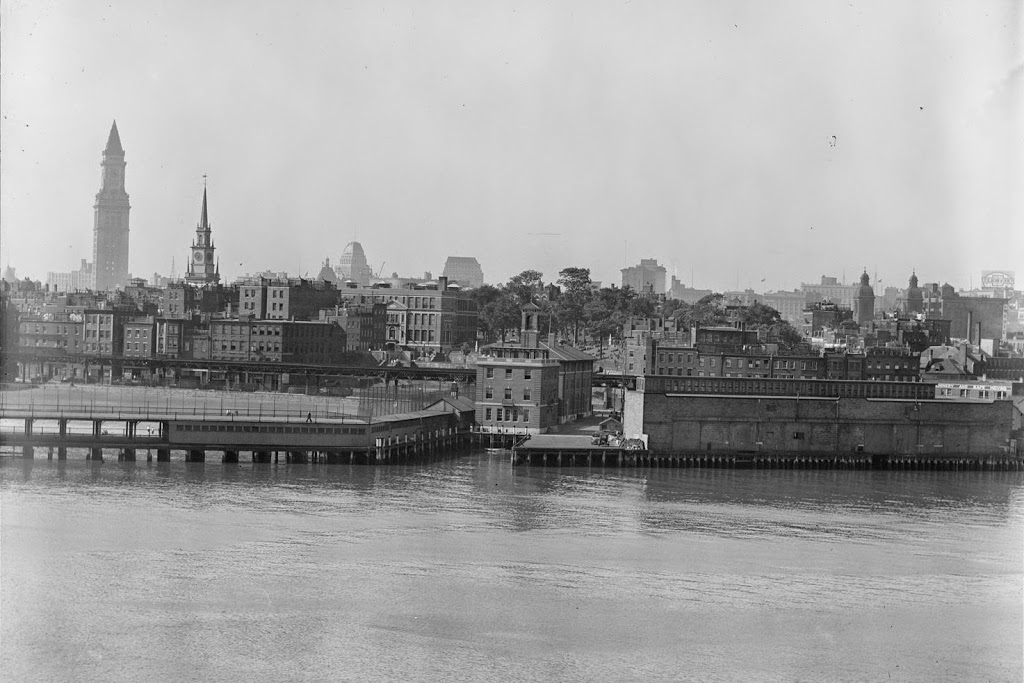 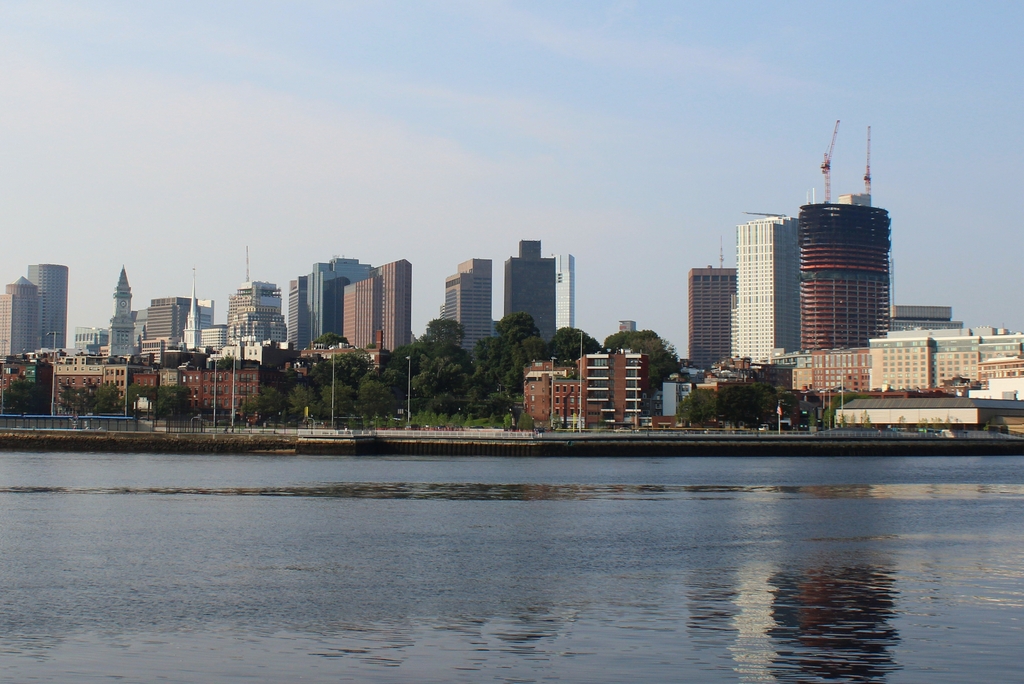 These two photos show the North End of Boston from across the harbor at Charlestown Navy Yard. Many of the buildings in the North End are still there today, but the Boston skyline behind it has been completely changed – the once prominent Custom House Tower now blends in with the rest of the skyscrapers in downtown, although Old North Church in the foreground still stands out among the low-rises in the North End. 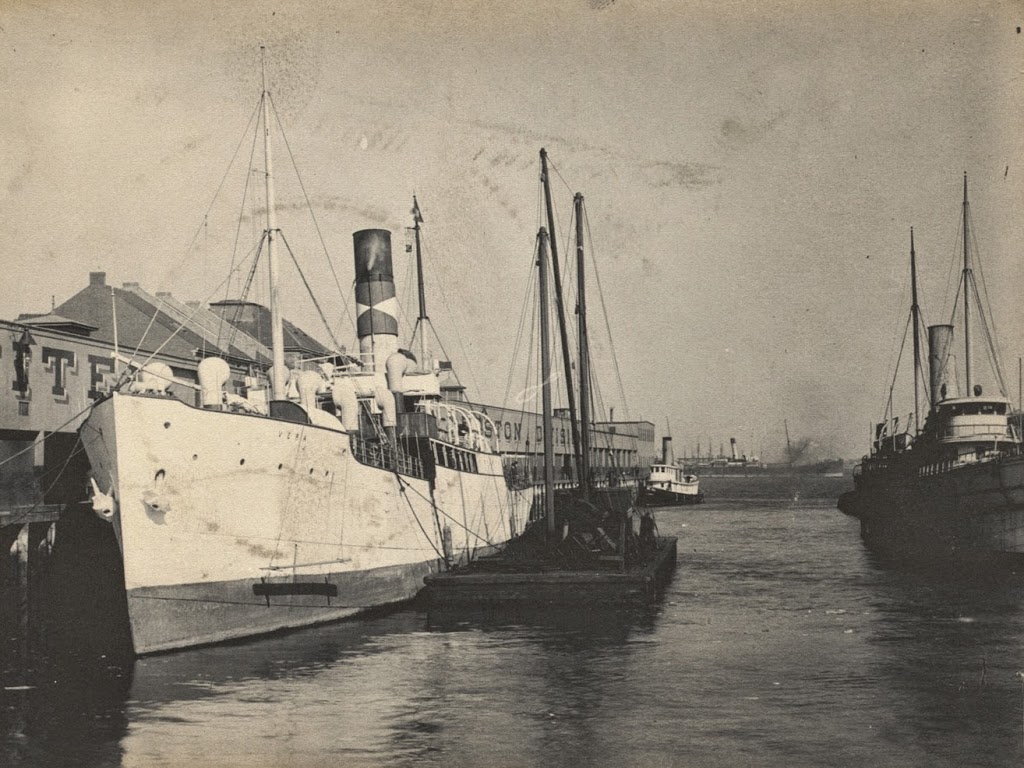 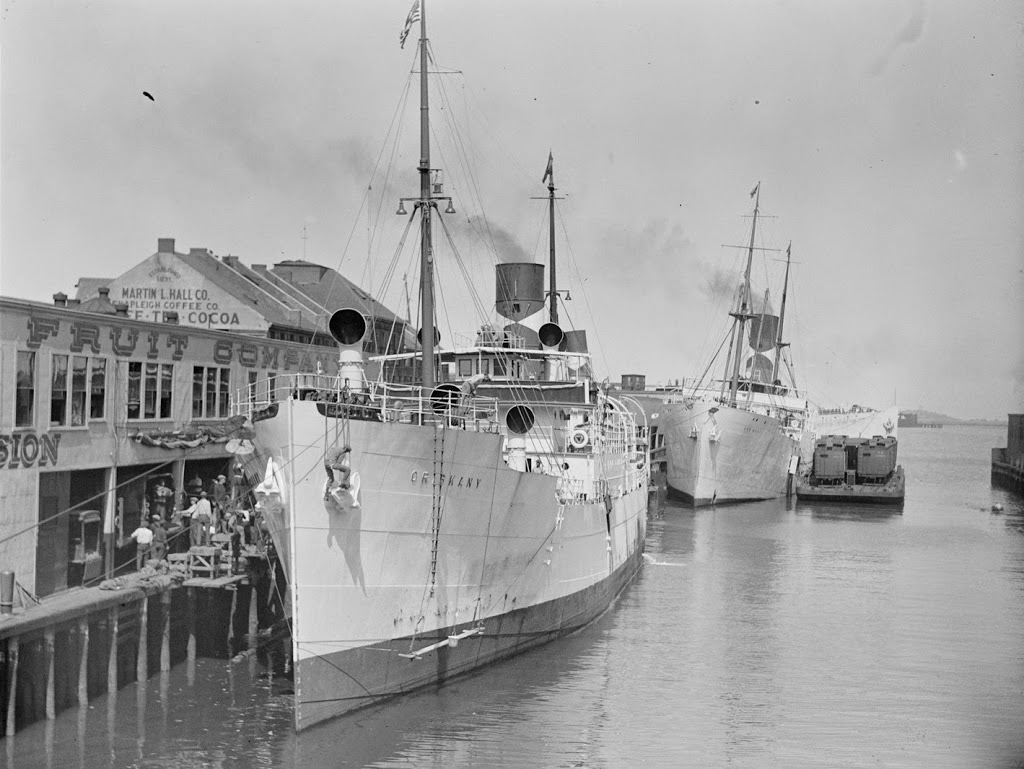 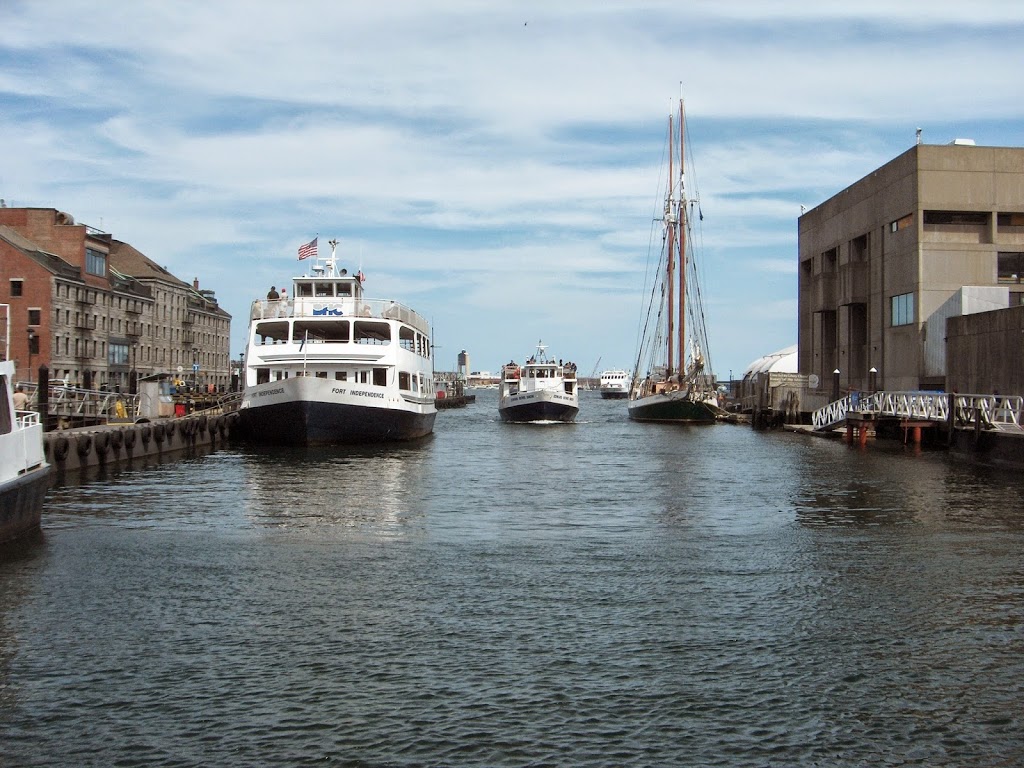 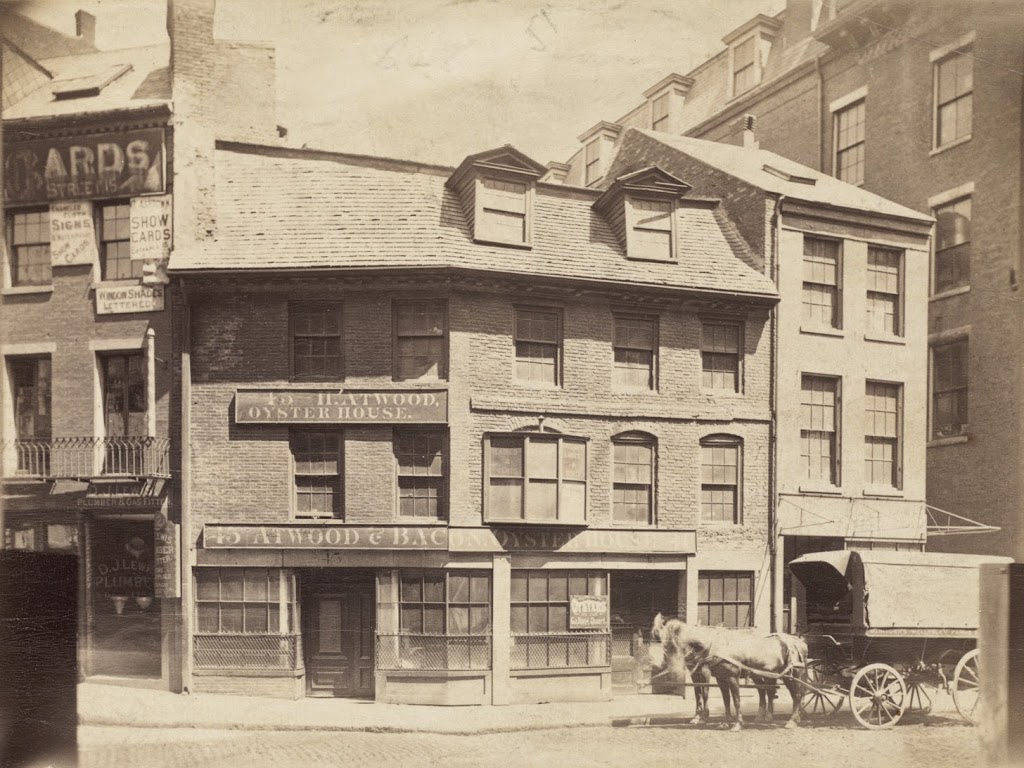 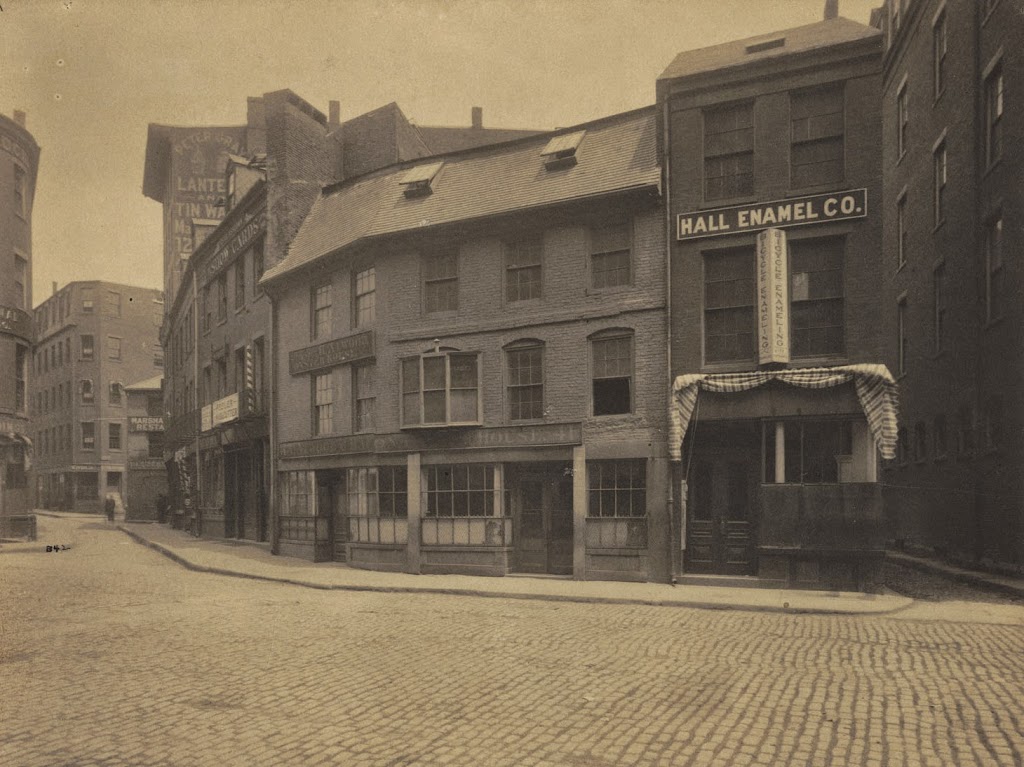 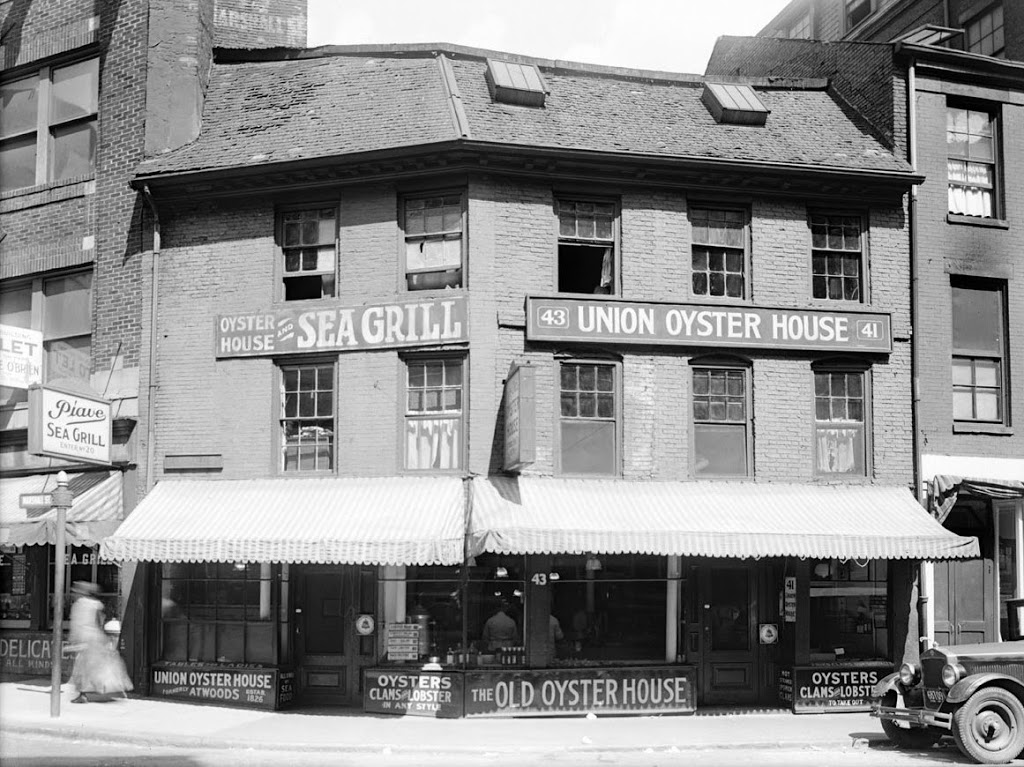 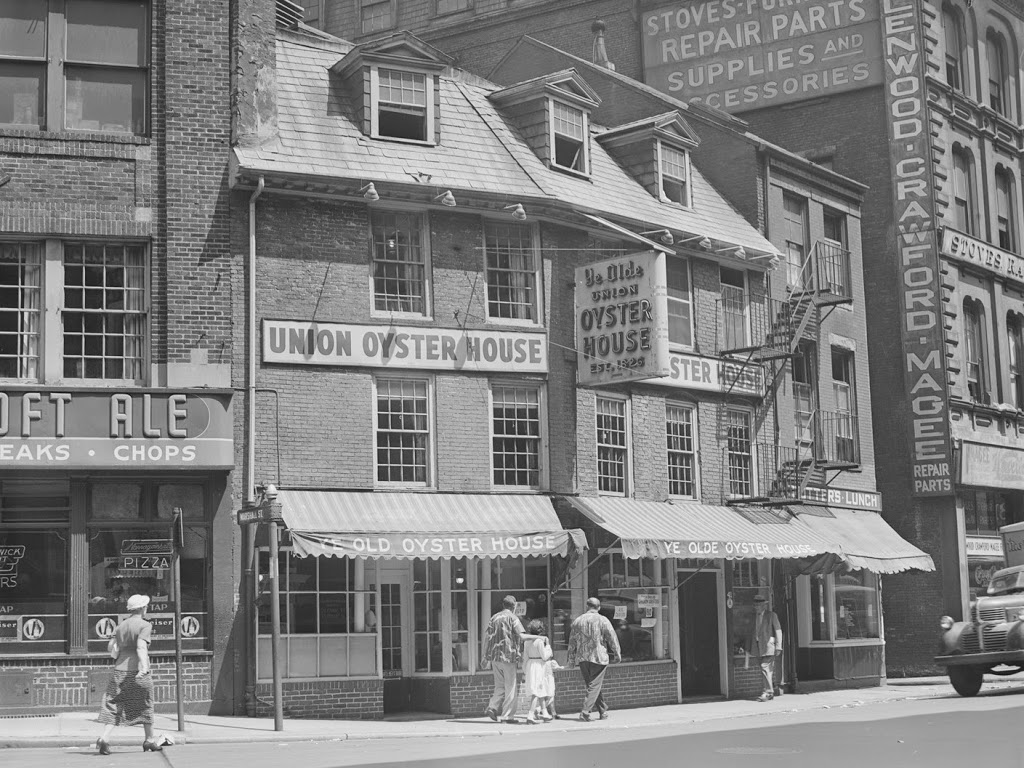 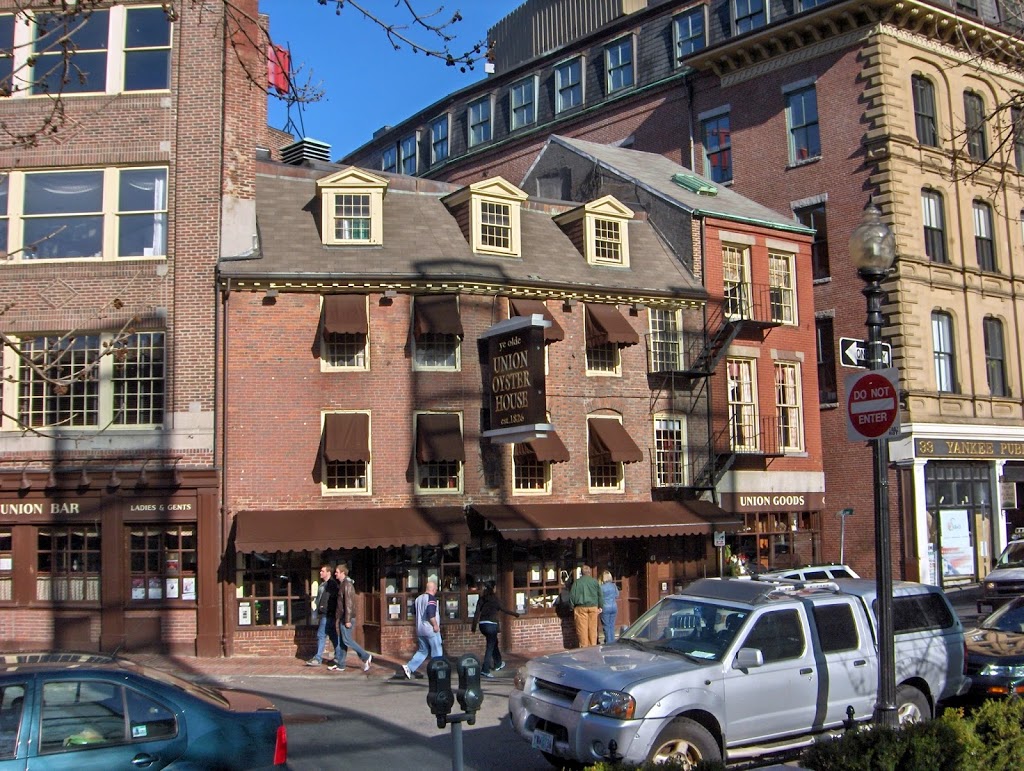