Clio Hall and Whig Hall, on the campus of Princeton University in Princeton, New Jersey, around 1903. Image courtesy of the Library of Congress, Detroit Publishing Company Collection. 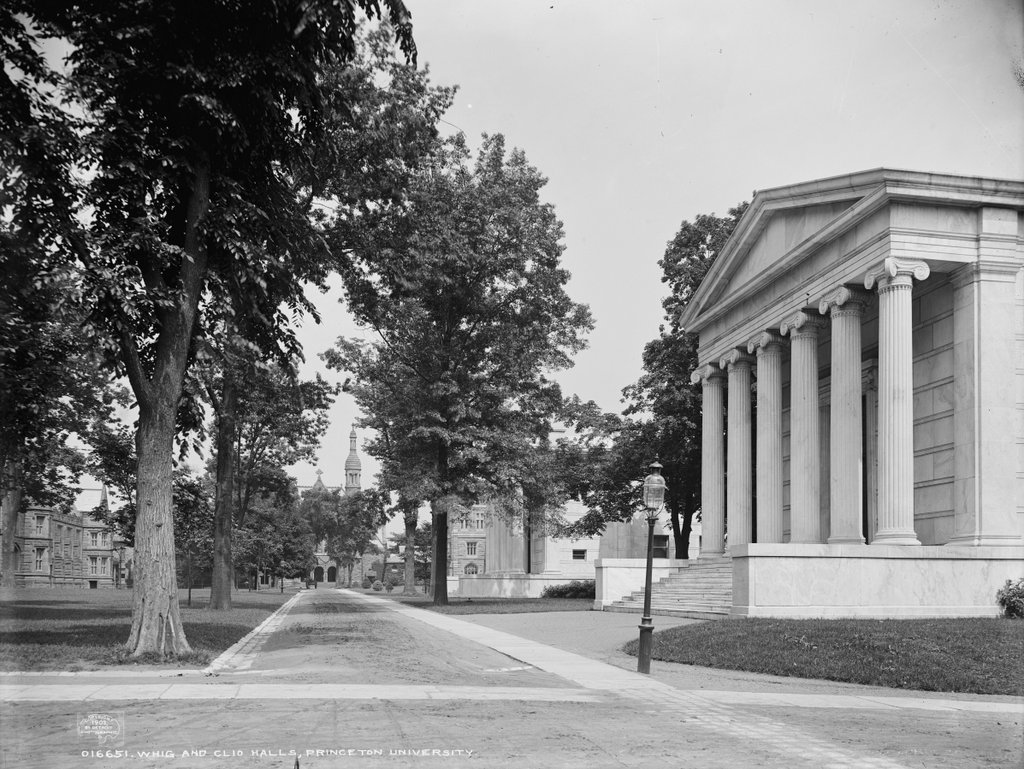 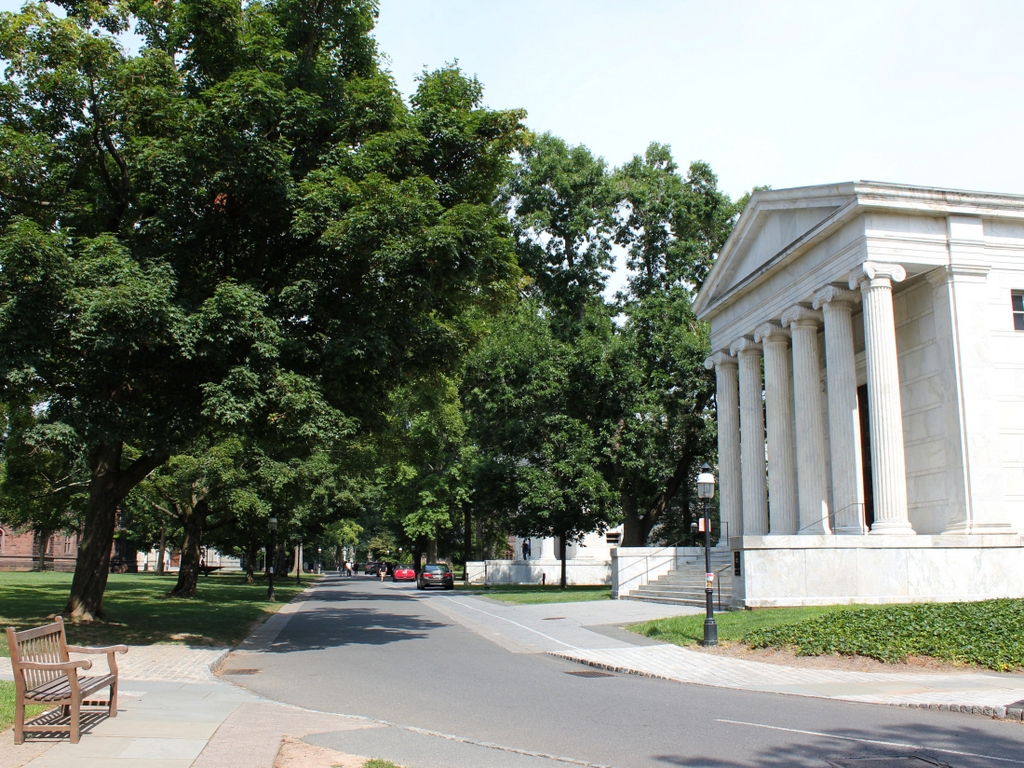 The American Whig–Cliosophic Society at Princeton is one of the most prominent collegiate debate organizations in the country. Its history traces back to the 1760s, and over the years its membership has included some of Princeton’s most distinguished graduates, including many of the Founding Fathers and two future U. S. president. The organization was originally two separate groups, the Whig and the Clio, and each had its own facility on campus. However, in 1928 the two were united as the Whig–Cliosophic Society, and it remains an active student-led organization here at Princeton.

The first photo, taken around 1903, shows the view looking east on Chapel Drive from near West College–now Morrison Hall–and Witherspoon Hall. On the left side of the scene is Cannon Green, and in the distant center is Marquand Chapel. On the right side of the scene are two identical buildings, which were completed in 1893 as the homes of the Whig and Clio societies. They were both designed by noted architect Arthur Page Brown, and their marble, Greek Revival-style exteriors evoke a sense of the philosophers and democratic ideals of classical antiquity. The building here in the foreground was Clio Hall, while the one further in the distance was Whig Hall.

About a decade after the first photo was taken, a young F. Scott Fitzgerald enrolled at Princeton, and during his time here he joined the Whig society. Fitzgerald never graduated, instead dropping out to join the Army during World War I, but his experiences at Princeton ultimately formed the basis of his first novel, This Side of Paradise. This book established Fitzgerald as the leading voice of the Jazz Age, and it even included a passing mention of Whig and Clio Halls, describing how the protagonist, Amory Blaine, “wanted to ramble through the shadowy scented lanes, where Witherspoon brooded like a dark mother over Whig and Clio, her Attic children.”

After the Whig and Clio organizations merged in 1928, the Whig–Cliosophic Society occupied Whig Hall, which it continues to use nearly a century later. During this time, the debate society has continued to have a number of prominent members, including Senators Claiborne Pell, Paul S. Sarbanes, and Ted Cruz, and U. S. Supreme Court Justice Samuel Alito. In the meantime, Clio Hall was put to other uses, and it is now the administrative offices of the Princeton Graduate School. Overall, this scene has remained largely unchanged since the first photo was taken, and the only significant difference is the Princeton University Chapel. It is barely visible in the distance, mostly hidden by trees, but it was built in 1928 to replace the earlier Marquand Chapel, which burned in 1920. 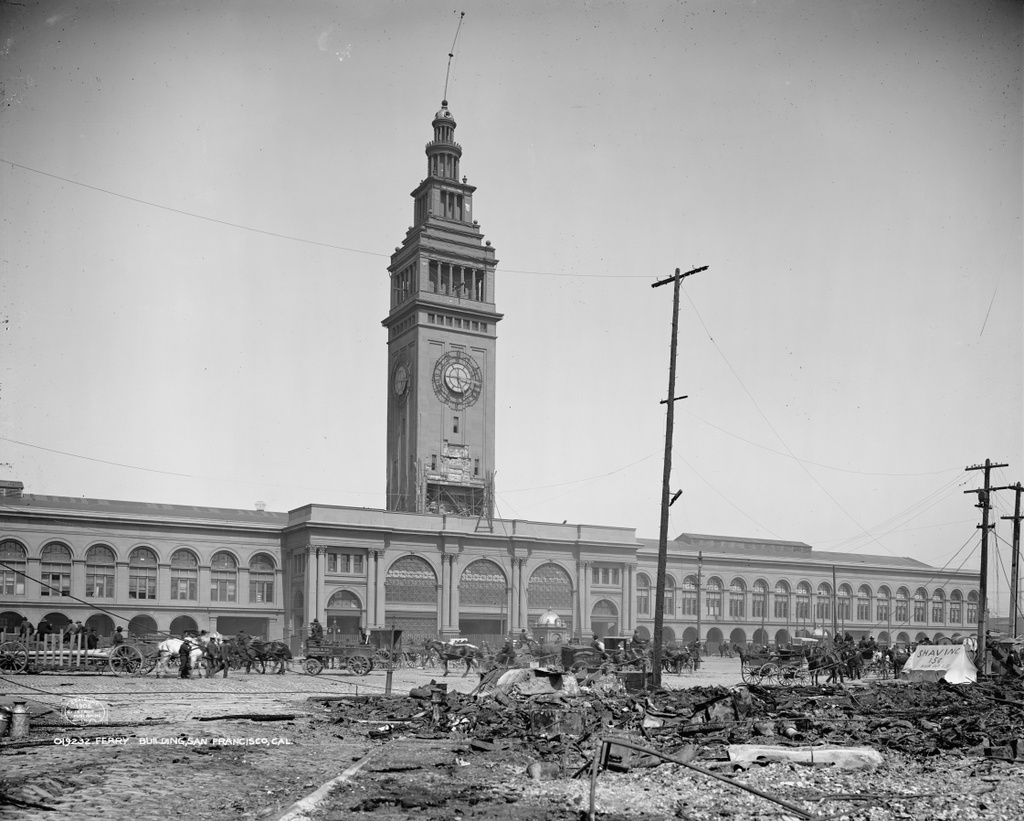 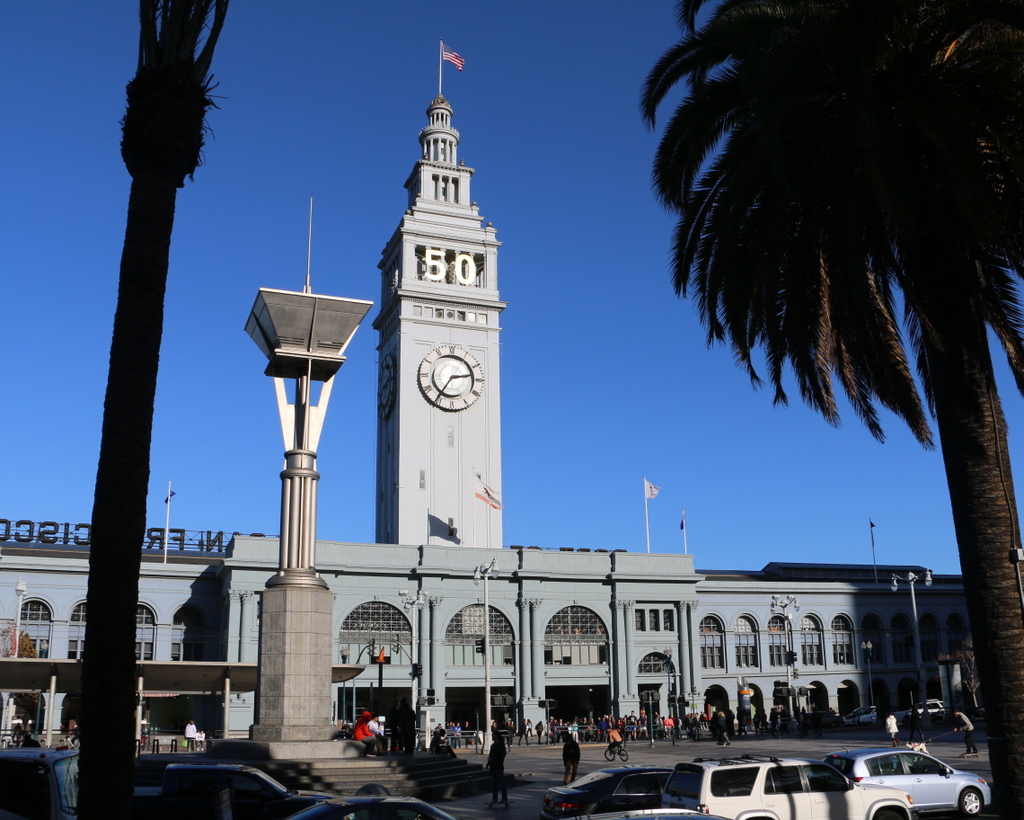