The skyline of Boston as seen across the Charles River in Cambridge, sometime in the 1880s. Image courtesy of the Boston Public Library. 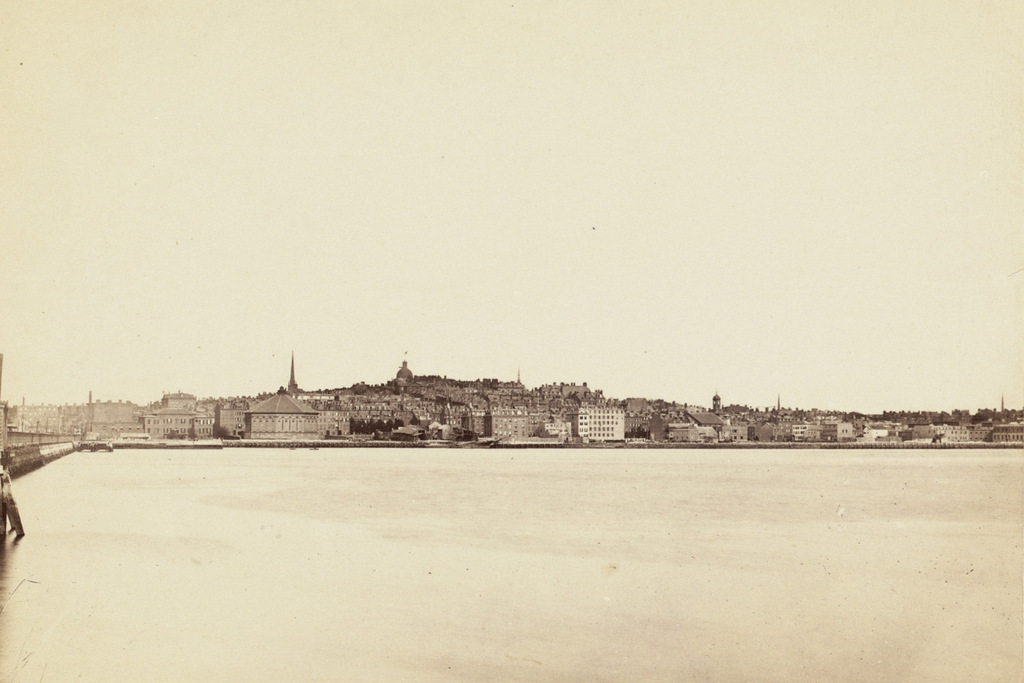 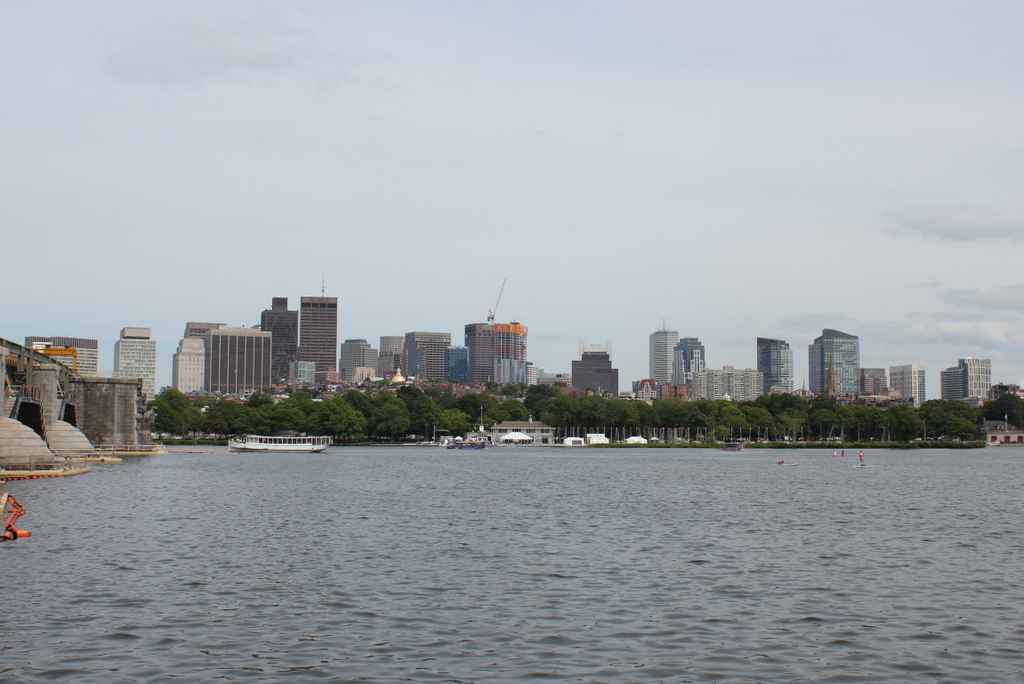 These two views certainly show how the city of Boston has changed over the past 125 years or so, but perhaps more remarkable is how much has remained the same.  This view shows an arc of the city from Cambridge Street and the Longfellow Bridge on the left to the foot of Mount Vernon Street on the far right, and the most obvious difference between the two photos is the skyscrapers of downtown Boston in the distance.

In the foreground, however, is the Beacon Hill neighborhood, which really hasn’t changed much since the 19th century.  Things are a little different along the waterfront – the trees of the Charles River Esplanade hide Storrow Drive, which cuts along the river now, but further up Beacon Hill this pocket of early 19th century Boston has survived as a low-rise residential neighborhood.  Although it is hard to identify individual buildings, many of the ones from the 1880s view are still standing today.  The most prominent building in the first photo is the dome of the Massachusetts State House, which stands at the top of the hill.  Although it now has a backdrop of skyscrapers instead of just sky, it is still easily visible from here despite being over a half mile from the river.