The First Baptist Church in Boston, at the corner of Commonwealth Avenue and Clarendon Street in the Back Bay, as seen around 1890-1901. Image courtesy of the Library of Congress, Detroit Publishing Company Collection. 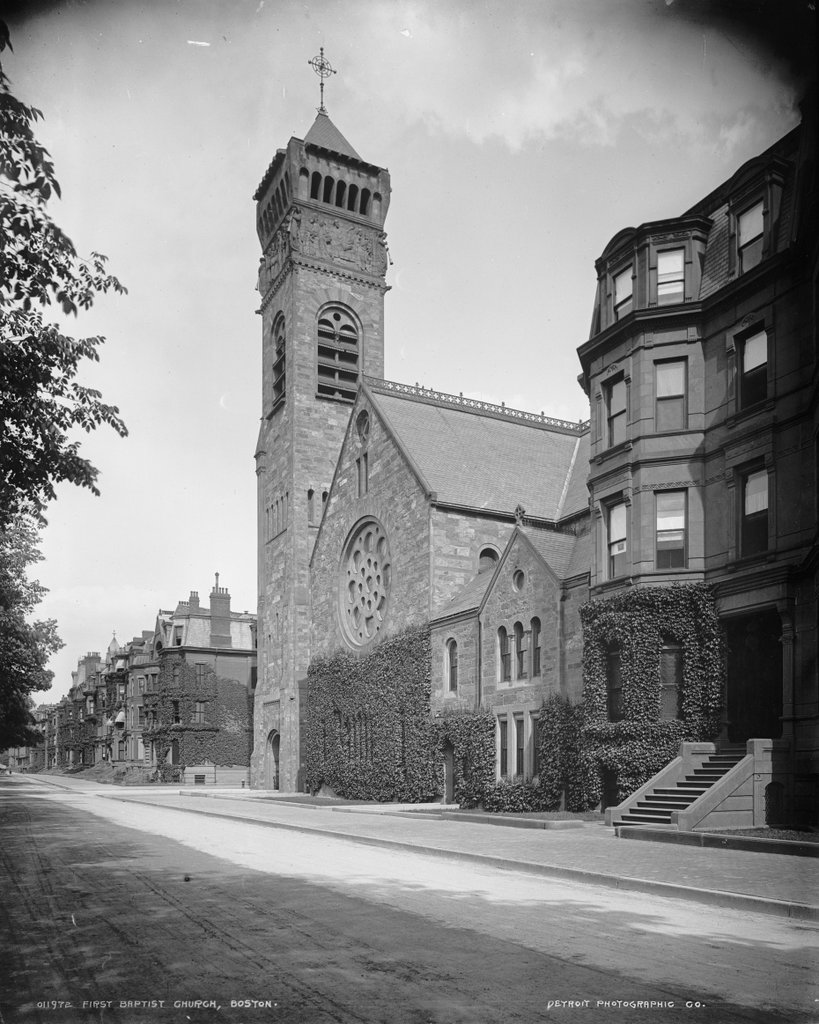 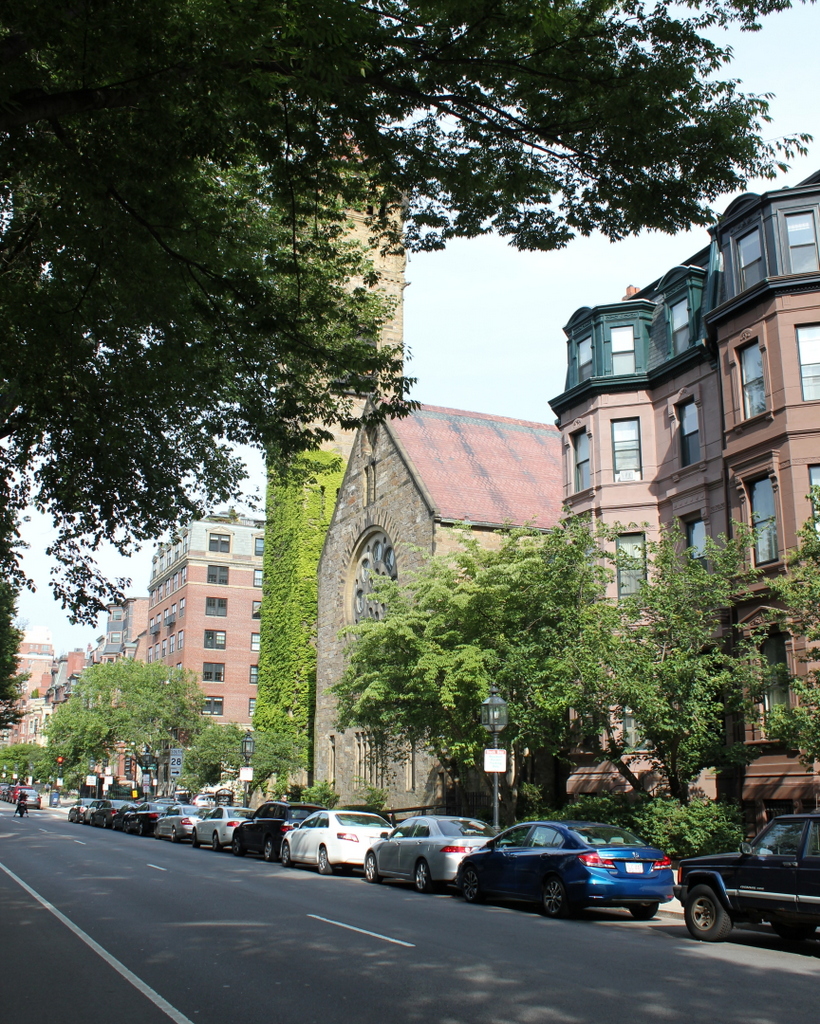 The First Baptist Church was one of many prominent Boston churches that relocated to the Back Bay in the late 1800s, although this building wasn’t originally built for them.  It was designed by Henry Hobson Richardson, whose later works would include Trinity Church a few blocks away at Copley Square.  The top of the tower features carvings by French sculptor Frédéric Auguste Bartholdi, who also designed the Statue of Liberty.  The building was completed in 1875 for Brattle Street Church, a Unitarian church that had previously been located where City Hall is today.  However, the church didn’t last long here; they disbanded in 1876 and sold their new building to the First Baptist Church in 1882.  They are one of the oldest Baptist congregations in the country, dating back to 1665, and they are still located here on Commonwealth Avenue over 130 years later.