Passengers getting off of a bus at Kenmore Square, sometime in the 1940s and probably before 1947.  Image courtesy of the City of Boston Archives. 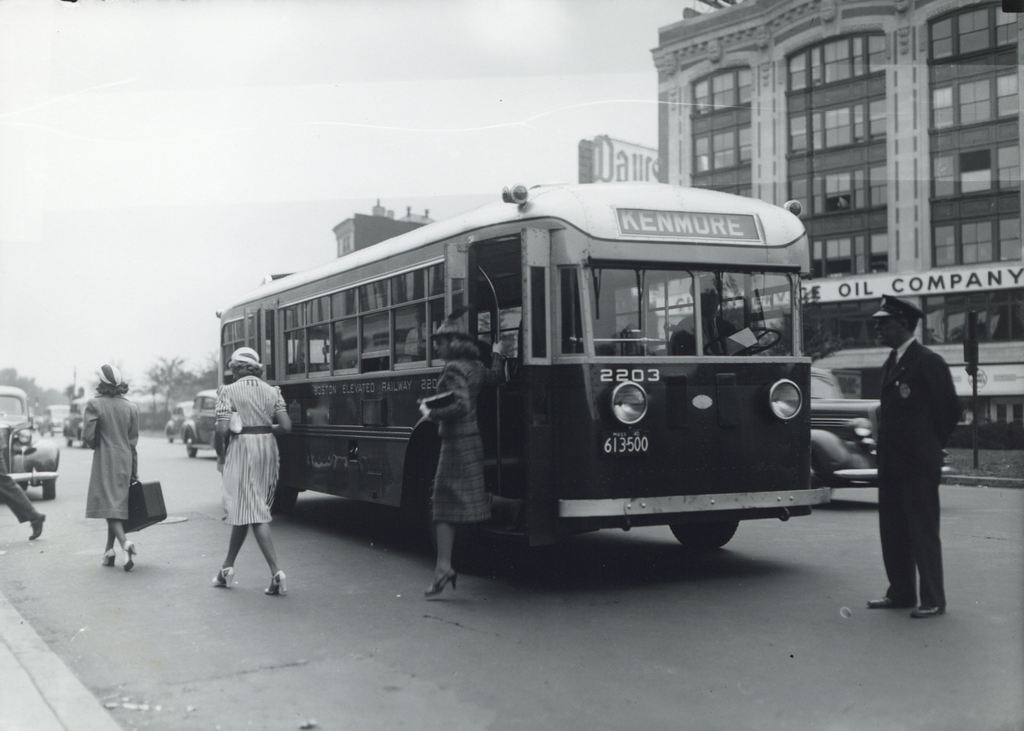 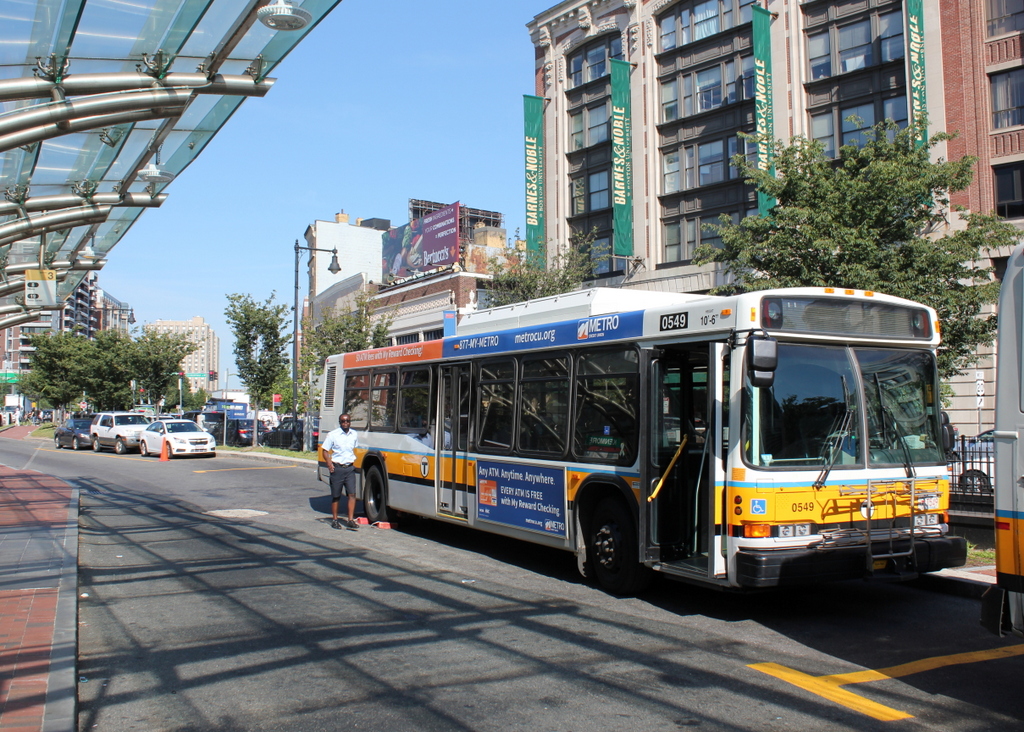 For all that has changed in the past 70 years, not much is different between these two photos.  Many of the buildings in Kenmore Square are still there today, including the Peerless Motor Company Building in the background on the right.  It was completed in 1911 as the New England headquarters of the Peerless Motor Company, an early luxury car brand that was in business until 1931.  The building was used for offices, showrooms, and garage space for the company, but by the time the first photo was taken, Peerless had been gone for over a decade.  Today, the exterior of the building is essentially the same as it was when it was built over a century ago, and it is used as Boston University’s bookstore.  It isn’t visible in the photo, but this is also the building that has the famous Citgo sign that can be seen beyond the Green Monster at Fenway Park.

The most obvious change from the 1940s photo is the bus.  Not only are bus styles different today, but so is the company that operates the city’s buses.  The side of the bus reads “Boston Elevated Railway,” which was the company that ran Boston’s subways, streetcars, and buses until 1947.  With increased competition from automobiles, the company was no longer profitable, so its operations were sold to the Metropolitan Transit Authority, which later became today’s MBTA.  As seen in the 2015 photo, Kenmore Square is still a major transportation hub, and the median of Commonwealth Avenue has a reserved lane for buses next to the bus shelter, which also offers access to the Green Line station directly underneath here.