The house at 107 Dartmouth Street in Springfield, around 1938-1939. Image courtesy of the Springfield Preservation Trust. 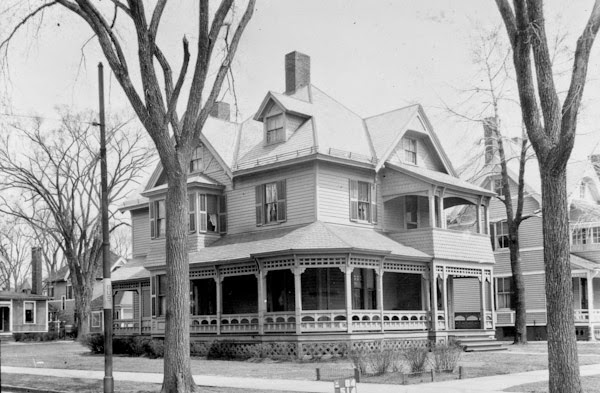 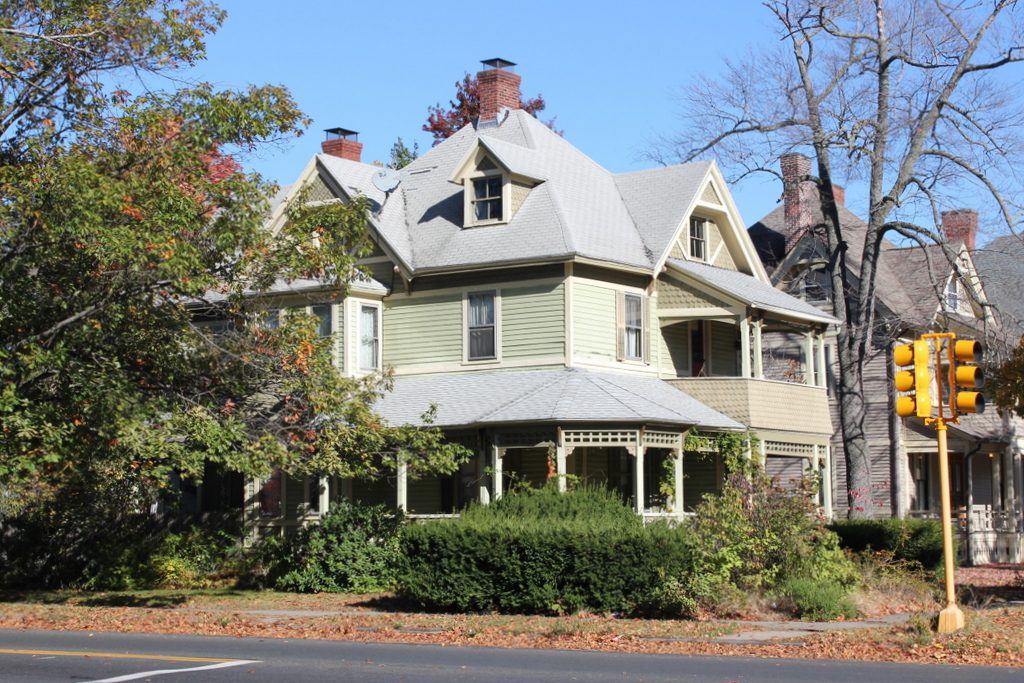 Built in 1885 at the corner of Dartmouth Street and Saint James Avenue, this was originally the home of clothing merchant Walter S. Clark. He lived here with his wife Adeline and their daughters, Lilian and Florence. Adeline’s sister, Cynthia Sawtell, also lived here for many years, appearing in every census from 1900 to 1920. Walter died in 1908, and Adeline remained here until her death in 1921. By 1930, Florence, still unmarried, was the only resident here.

Florence continued living in this house until her death in the early 1960s, more than 75 years after she had moved in as a child in the 1880s. She did not quite live to see her neighborhood become a historic district, but she was not far off. In 1976, the area became the McKnight District on the National Register of Historic Places, which encompasses hundreds of historic homes. Many, including the Clark house, have been restored to their original appearances, and there are few noticeable differences in these two photographs.