The First Congregational Church, at the corner of Hampden and Pleasant Streets in Holyoke, around 1910. Image from Holyoke: Past and Present Progress and Prosperity (1910). 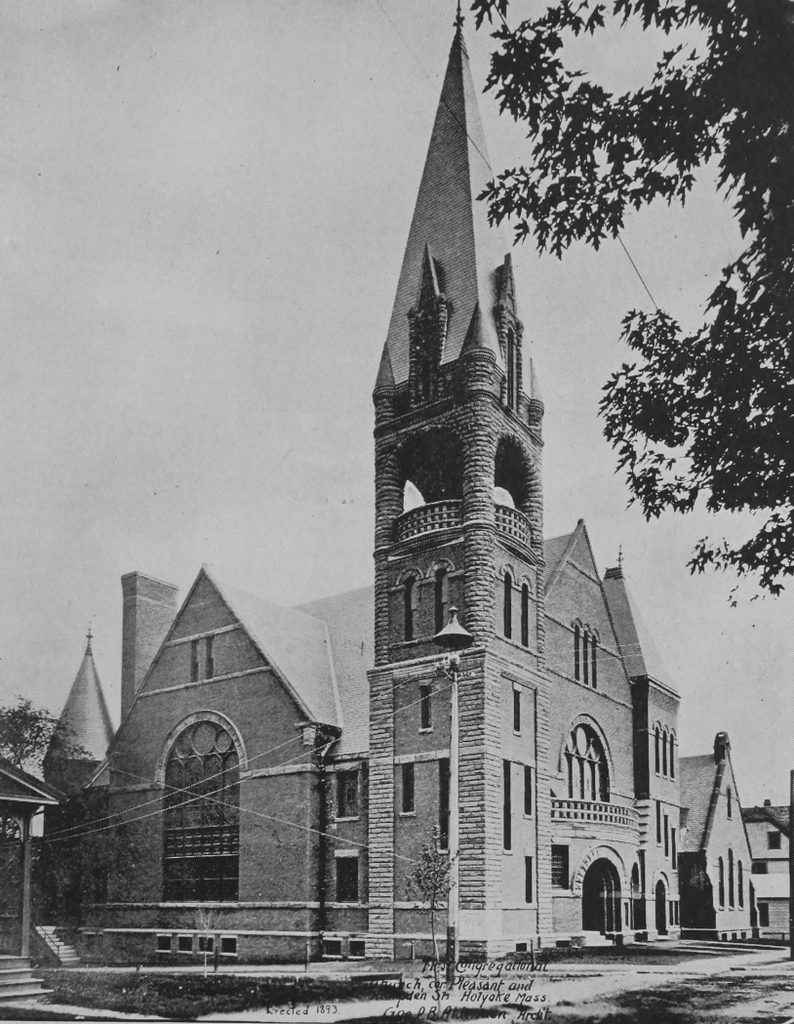 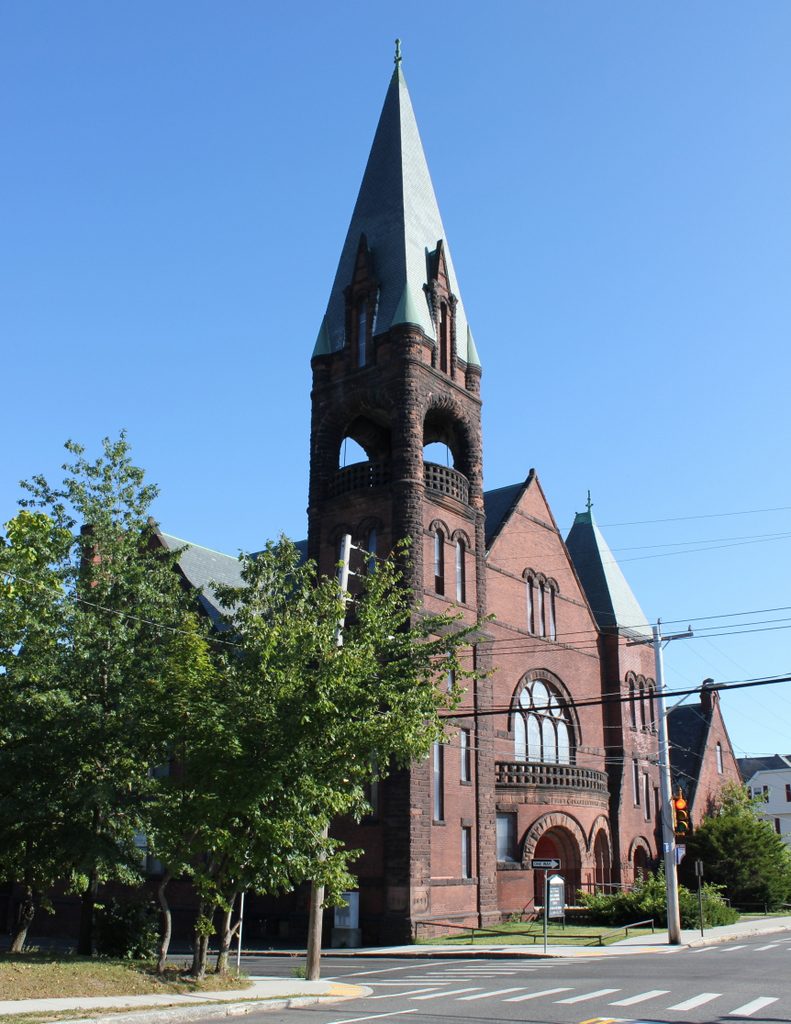 Holyoke’s First Congregational Church was established in 1799, as the Third Congregational Church of West Springfield. At the time, West Springfield encompassed the present-day towns of Agawam and Holyoke. The latter was variously known as the Third Parish or Ireland Parish, and was only sparsely settled, with most of its population was located along Northampton Street. The church had only 11 members when it was established, and shared space with the First Baptist Church. Not until 1834 did the Congregational church move into a building of its own, upon the completion of a modest Greek Revival-style church near the corner of Northampton and Dwight Streets.

Holyoke was incorporated as a separate municipality in 1850, and the church became the First Congregational Church of Holyoke. Around the same time, the new town was undergoing a rapid transformation from a small farming community into a major industrial center. However, most of this new development was along the banks of the Connecticut River, far removed from the church on Northampton Street. Despite a significant growth in Holyoke’s population, the church actually declined in membership during this time, with many parishioners leaving to join the newly-established Second Congregational Church, with its more convenient location at the corner of High and Dwight Streets.

Faced with this decline, along with a revolving door of pastors throughout the 1870s and 1880s, the church finally decided to relocate closer to downtown Holyoke. In 1886, the church purchased this lot at the corner of Hampden and Pleasant Streets, and by the end of the following year it had completed a chapel on the site, which is visible on the far right side of both photos. Although still located some distance from downtown Holyoke, the new church was situated in the midst of a new upscale residential development, and within just a few years its membership had more than doubled, from 64 at the time of the 1887 move, to around 160 by 1890.

Church services were held in this chapel until 1894, when the church building itself was completed. The new church was the work of prominent Holyoke architect George P. B. Alderman, and featured a Romanesque-style design that was common for churches of this period. The exterior was primarily brick, with brownstone trim, and included common Romanesque elements such as rounded arches, asymmetrical facades, and a mix of towers and turrets of varying heights. The overall design bore some resemblance to the new Second Congregational Church, which had been completed almost a decade earlier on Maple Street, although that church had been constructed entirely of brownstone instead of brick.