Looking north on High Street from the corner of Appleton Street in Holyoke, around 1891. Image from Holyoke Illustrated (1891). 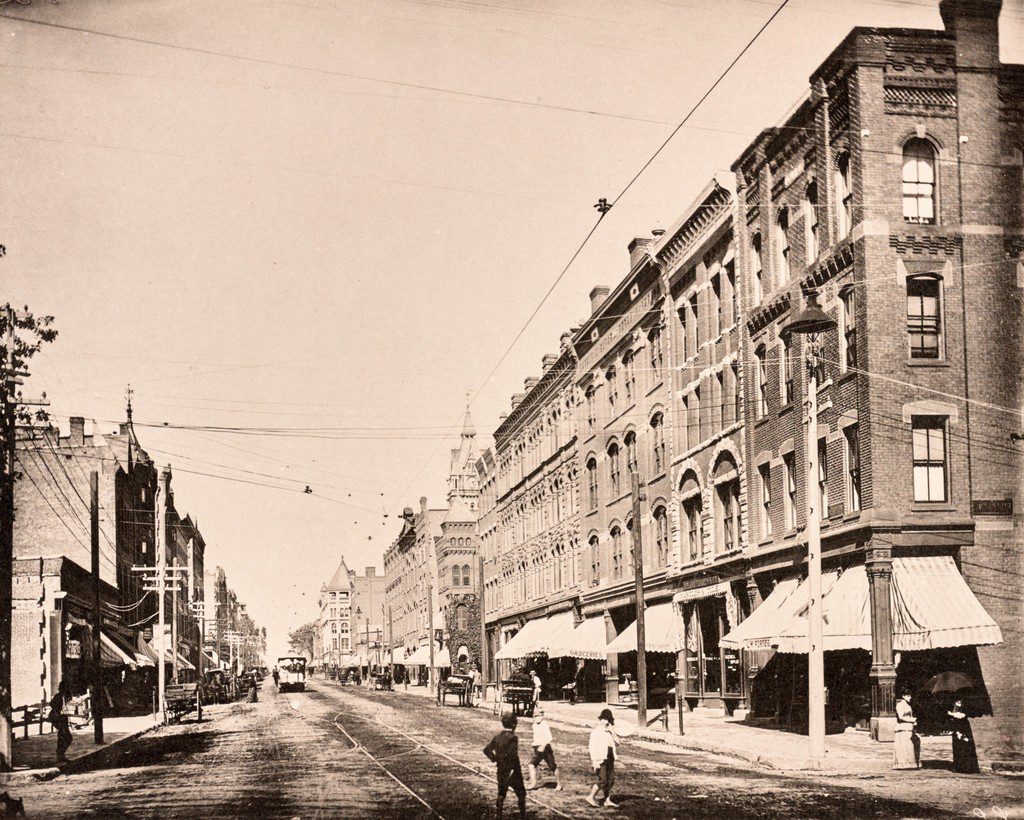 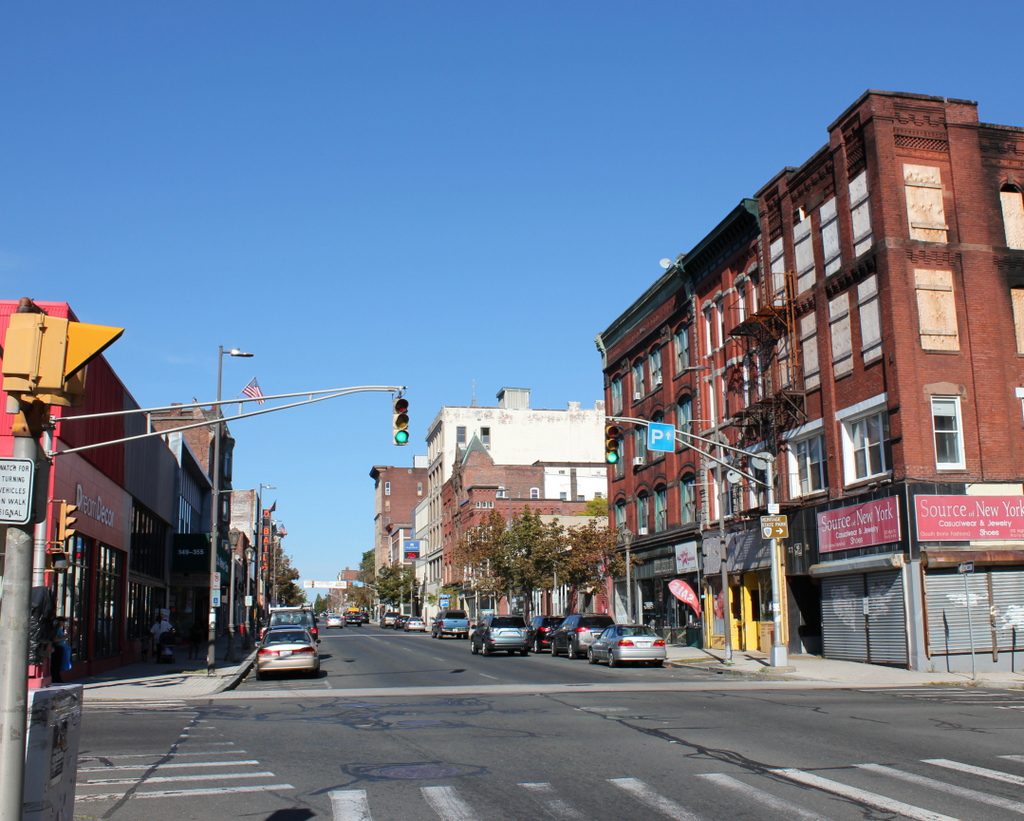 These photos were taken just a block south of the ones in the previous post, and show many of the same buildings in the distance. Closer to the foreground, the first photo shows a row of four-story commercial buildings extending north along High Street, from the corner of Appleton Street. These housed a variety of businesses in the first floor storefronts, with the awnings advertising for goods such as groceries, boots and shoes, and mantles and tiles.

Today, three of the buildings on the right side of the scene are still standing. Furthest to the right, at the corner of Appleton Street, is the P. Curran Block, which was built in 1886. It still retains many of its original details, although the ground floor storefront has been altered, along with the second floor windows on the High Street side of the building. Most significantly, though, it was badly damaged by a fire in 2016, and the two upper floors were still boarded up a year later when the first photo was taken.

Just beyond the P. Curran Block are two other brick buildings that also date back to the 1880s. The older of the two is the one in the middle, at 366-368 High Street. Its ornate brick facade features contrasting limestone trim, and is topped by a metal cornice, both of which are relatively unusual among Holyoke’s 19th century business blocks. The next building, at 358-364 High Street, was built in 1886. It is wider than its neighbors to the right, but has similar architecture, and like the other buildings it remains fairly well-preserved, especially on the exterior of the upper floors.