Belcourt, seen from the corner of Lakeview Avenue and Ledge Road in Newport, around 1894-1900. Image courtesy of the Library of Congress. 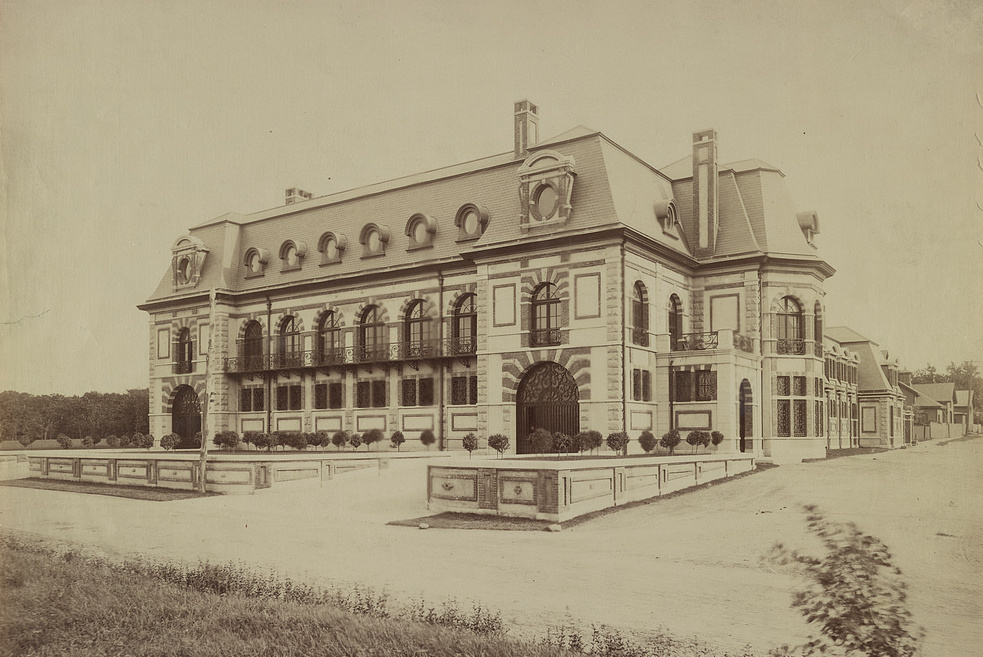 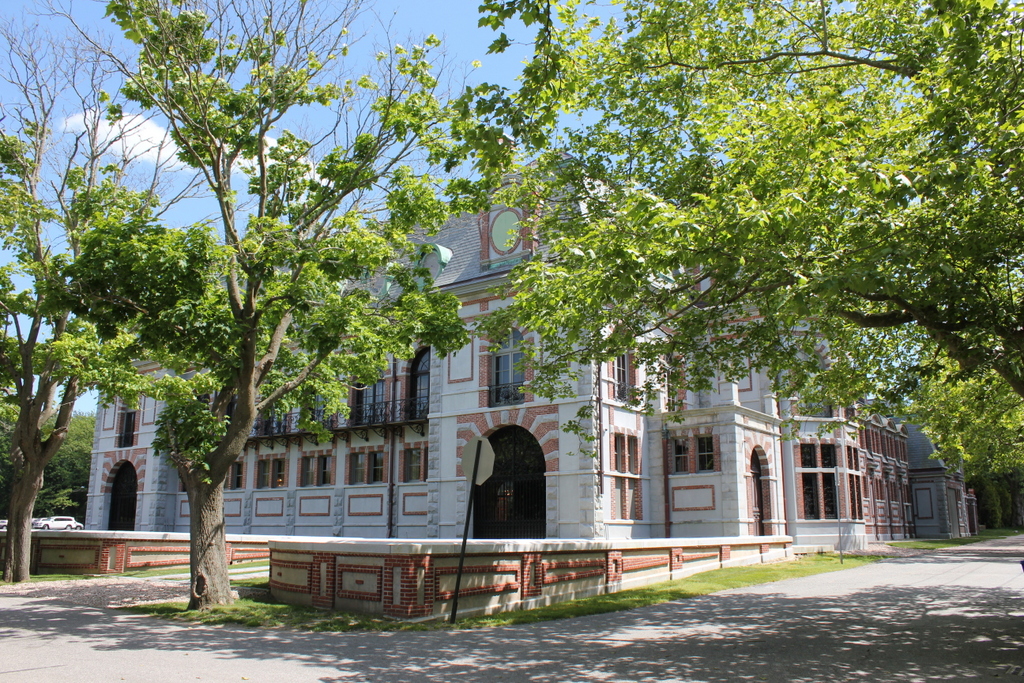 During the second half of the 19th century, Newport became one of the most desirable resort destinations in the country, and many of the wealthiest families in the country built summer homes here. This particular house, named Belcourt, was owned by Oliver Hazard Perry Belmont, a New York banker and socialite who inherited a significant fortune from his father, the prominent financier August Belmont, Sr. The elder Belmont died in 1890, and the following year the 33-year-old Oliver began construction on this 50,000-square-foot mansion.

The house was designed by noted architect Richard Morris Hunt, who designed many of the Gilded Age homes here in Newport, including The Breakers, Marble House, and Ochre Court. However, Hunt’s design for Belcourt was very different from those of the other houses. Despite its size – it was the third-largest Newport mansion after The Breakers and Ochre Court – it was, in many ways, the antithesis of a typical house here. Belmont disliked the garish houses of the people whom he saw as the nouveau riche, so his house deliberately rejected many features that were customary here in Newport.

One notable example of this is the location of the house. Although its address is on Bellevue Avenue, the main entrances are on these two small side streets, as shown in this scene. It is also on the less-desirable west side of Bellevue Avenue, further away from the ocean, so it does not have a waterfront view. Perhaps its most unusual feature, though, was the ground floor, which originally housed stables for Belmont’s prized horses and storage space for carriages. As a result, the rooms for entertaining guests were all on the second floor. This was the same floor as Belmont’s bedroom, which was seen as another major faux pas within Newport society.

As his house demonstrated, Belmont was not particularly bothered by what others thought of him and his behavior. By the time he moved into this house, he was already divorced after a very short marriage to his first wife, Sara Swan Whiting. However, he caused further controversy in 1896, when he married Alva Vanderbilt, the recently-divorced wife of William K. Vanderbilt. In the divorce, Alva had received the palatial Marble House, located nearby on Bellevue Avenue, and her wedding gift from her new husband was the deed to Belcourt, giving her ownership of two of the largest, most opulent mansions in Newport.

Alva’s arrival here at Belcourt quickly brought changes to the original design. Most significant was the ground floor, where the carriage room was converted into a banquet hall. During this time, she lived here at Belcourt, but she continued to own Marble House, although she only used the $11 million home for its laundry facilities, which were better than the ones at Belcourt. However, Oliver Belmont died of appendicitis in 1908, at the age of 49, and she later moved back to Marble House, eventually selling Belcourt in 1916 to Oliver’s brother Perry Belmont.

Perry owned the property until 1940, but by this point the opulent summer mansions such as Belcourt had fallen out of fashion. Newport was no longer the exclusive resort that it had been at the turn of the century, and these houses were seen as outdated white elephants. As a result, Perry Belmont sold Belcourt for just $1,000, a mere fraction of the $3 million that it had cost his brother to build the house less than 50 years earlier. The new owner, George Waterman, hoped to turn the house into an antique car museum, but he was prevented from doing this by zoning laws. He did, however, perform some restoration work on the house before selling it in 1943.

After changing hands several more times, the house was purchased by the Tinney family in 1956 for $25,000. They performed restoration work, filled the house with antiques, and opened it for public tours, while also maintaining it as a residence. They owned the house until 2012, when it was sold for $3.6 million to Carolyn Rafaelian, the founder of the Rhode Island-based Alex and Ani jewelry company. By this point the house was again in need of significant work, and Rafaelian has spent several million more in order to restore it. The house is still open to the public for tours, but it has also been used for other events, including Jennifer Lawrence’s wedding in the fall of 2019.