Long before it was the Hampden County Hall of Justice, East & West Columbus Ave., I-91, and a parking garage, the land behind Old First Church was an ordinary city block, until the early 20th century, when it was cleared to create an extension of Court Square.  Although this open space was itself carved up for the various projects that followed, the 1909 photo below shows a view of it shortly after it was cleared. Image courtesy of the Library of Congress, Panoramic Photographs Collection. 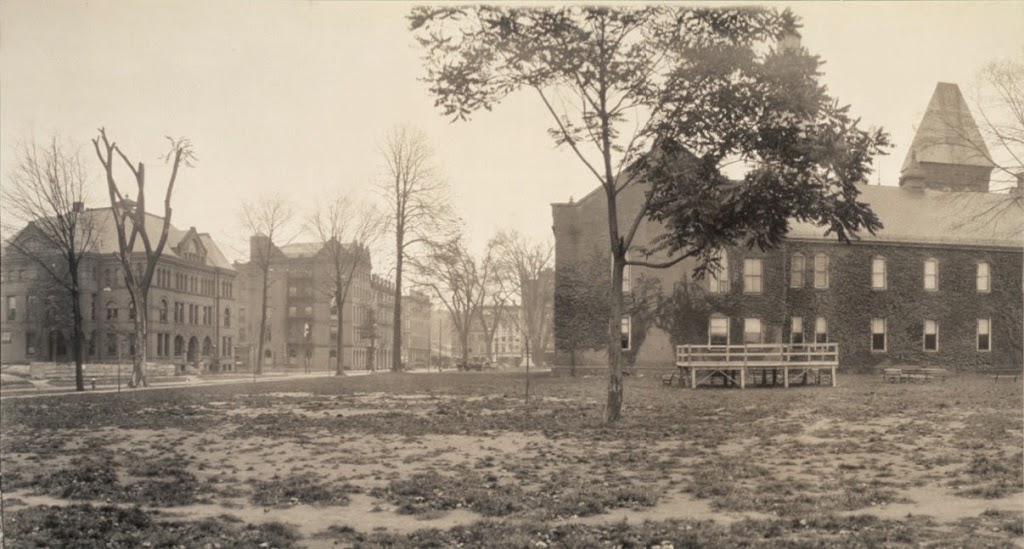 This 2012 photo was taken at close to – although not exactly the same spot. 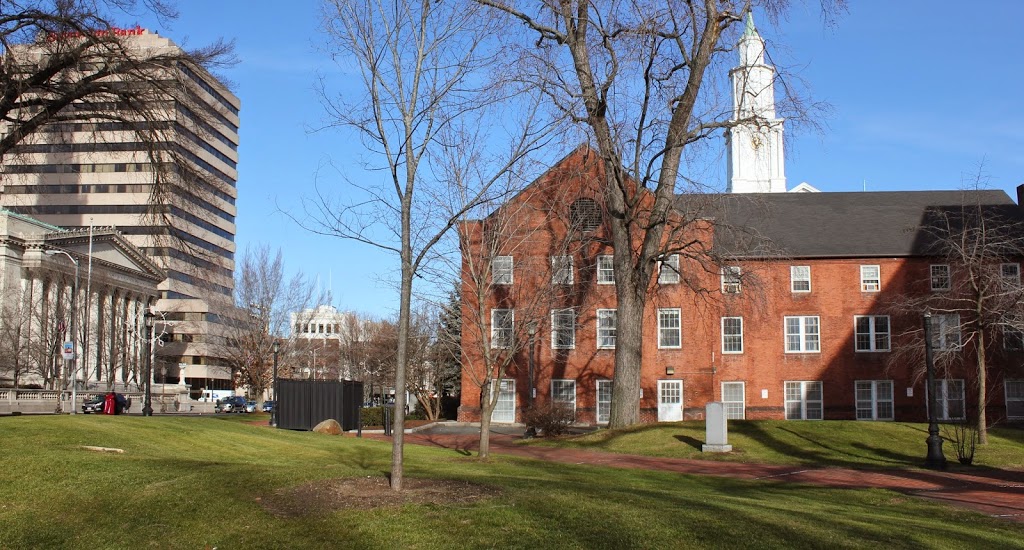 The original was taken from what is now East Columbus Ave., so instead of standing in the middle of the road I took it from the sidewalk, looking at the last remnant of the western extension of Court Square:The rear section of Old First Church factors heavily in both of these photos.  As the only surviving building from the 1909 photo, it nonetheless has undergone renovations.  While the church itself is largely the same as it was in 1819, the brick addition, which was built in 1874, shows changes between the two photos.  Although it first appears that a third story was added, there was in fact no changes to the height of the structure.  Rather, it appears that the entire section was gutted, and rebuilt to allow for three floors.  If you look closely, you can see the bricked-up places where the old windows used to be, in between the modern windows.  A plaque on the inside of the church indicates that this renovation was done in 1947.  Presumably during the same renovations, the brick steeple on the right-hand side was removed.  The church’s main white steeple is there in the 1909 photo, although it is mostly hidden behind the small tree in the center.  Other than the church though, all of the other buildings in the photo have since been demolished, some of which were where City Hall was built only a few years later.