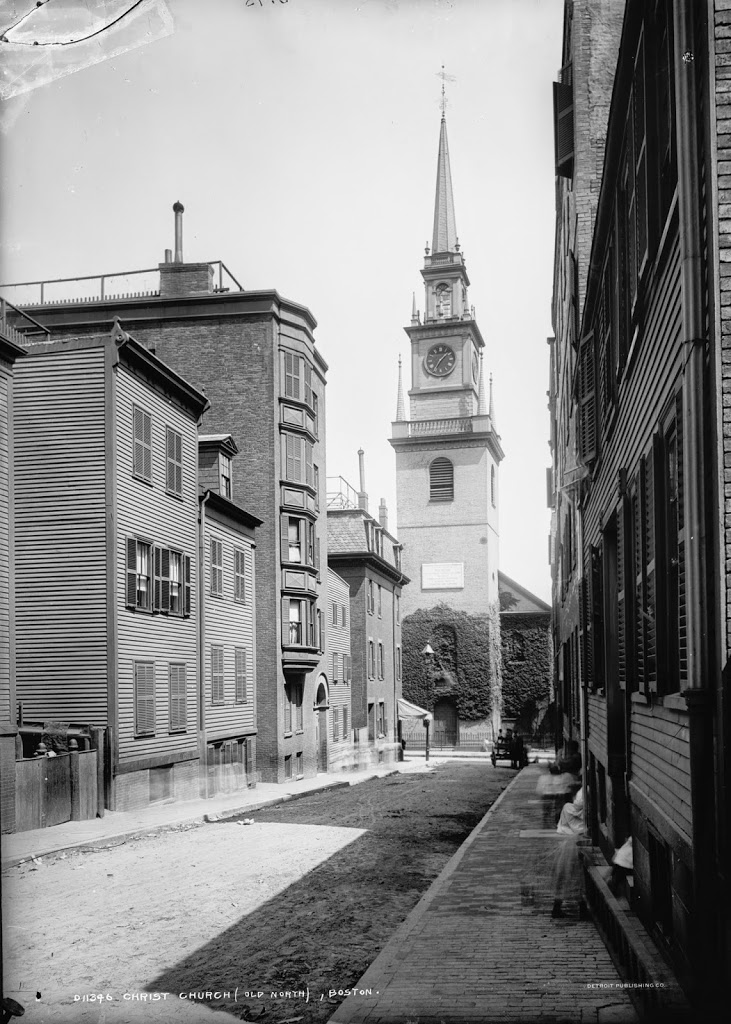 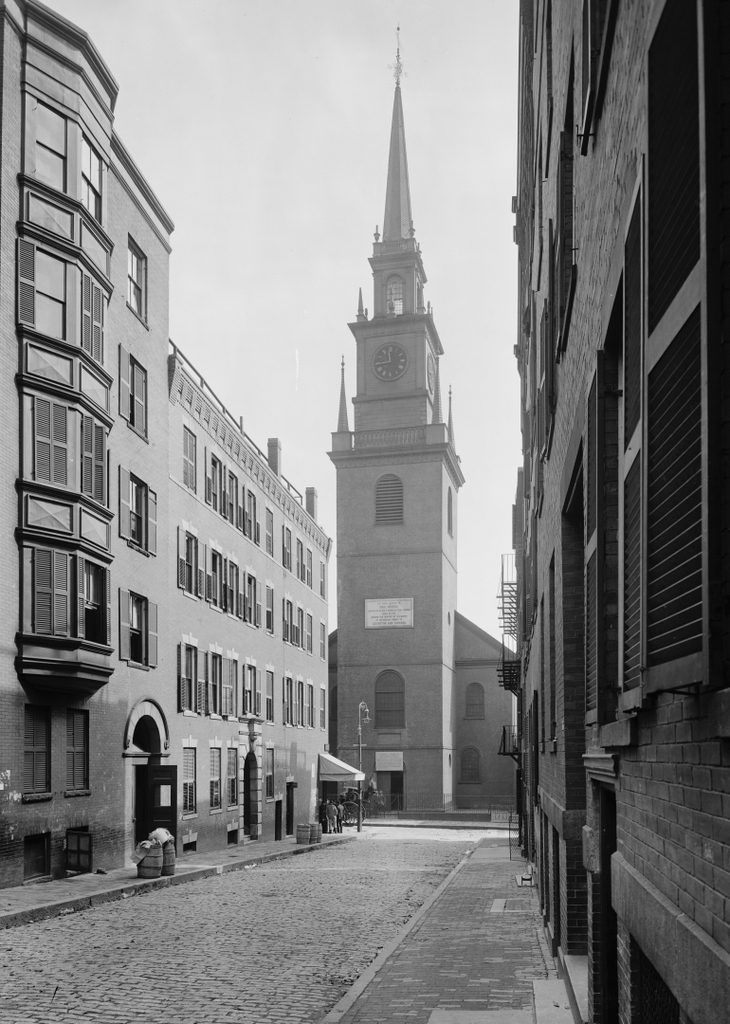 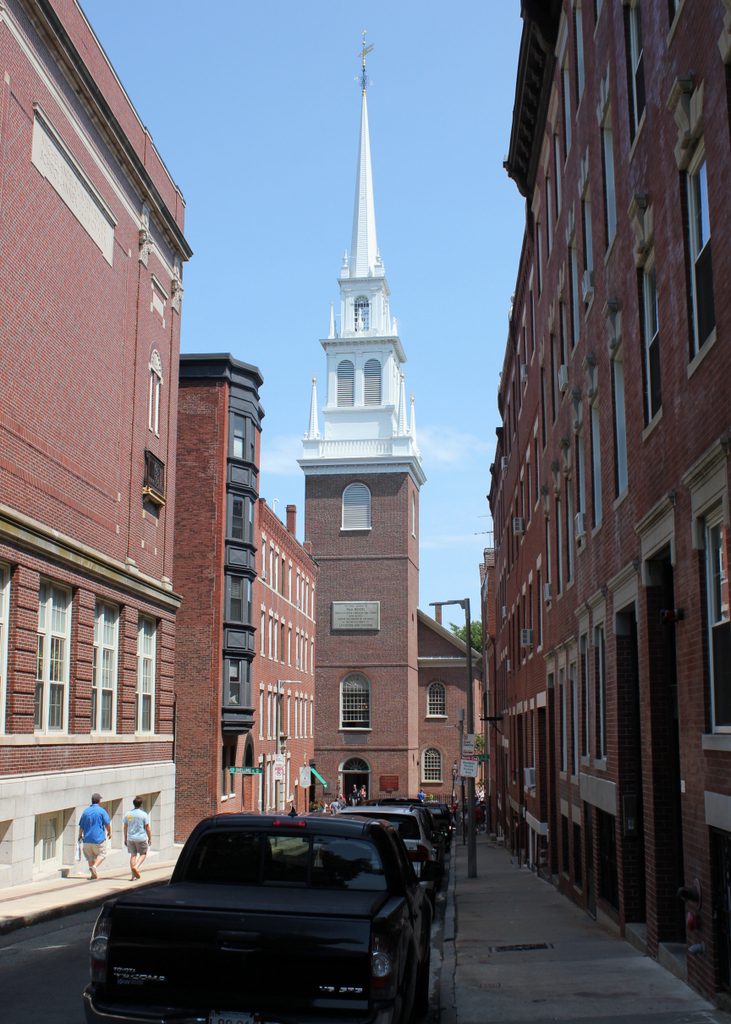 From 1909 to 2018, not a whole lot has changed here – aside from the addition of parked cars in the 2011 photo, the only differences for the most part are minor cosmetic changes.  However, from 1898 to 1909, the scene looks very different – most of Hull Street was still dominated by small wood-framed buildings, some of which dated back to the mid 18th century.  The closest wood building on the right-hand side of the street is the Galloupe House, which purportedly was used as General Thomas Gage’s headquarters during the Battle of Bunker Hill.