Looking east on Sumner Avenue, Springfield Massachusetts, from near the intersection with present-day Washington Road, around 1900-1910. Image courtesy of the Library of Congress, Detroit Publishing Company Collection. 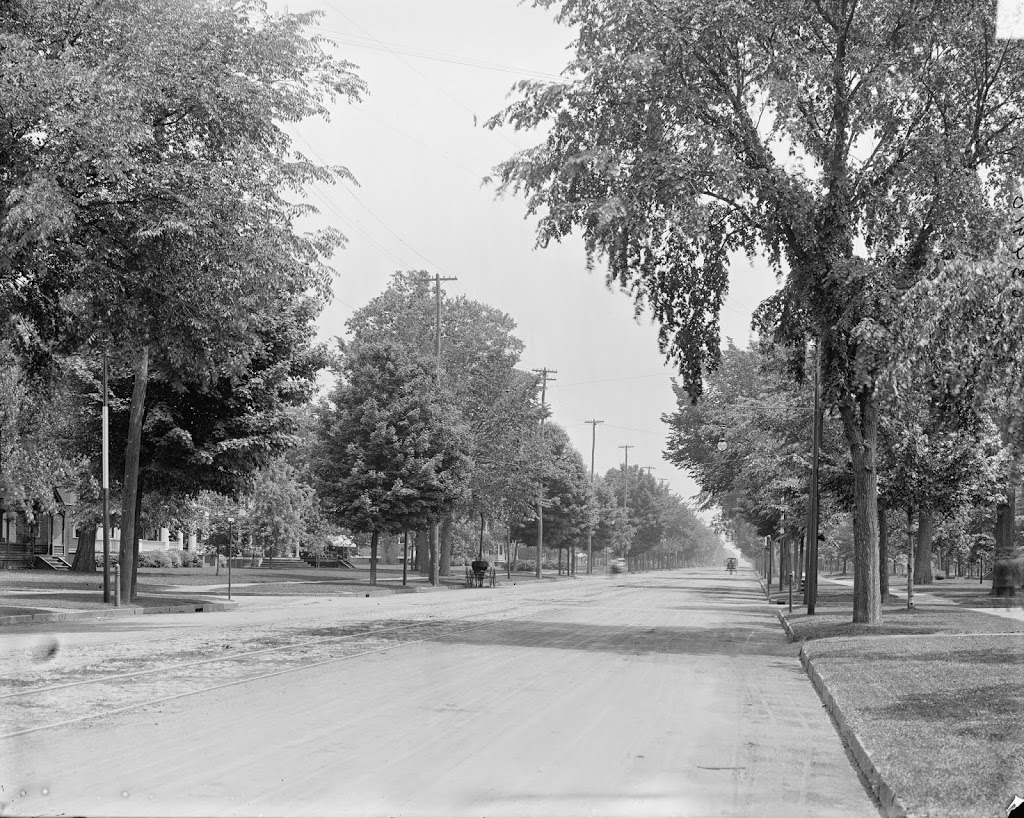 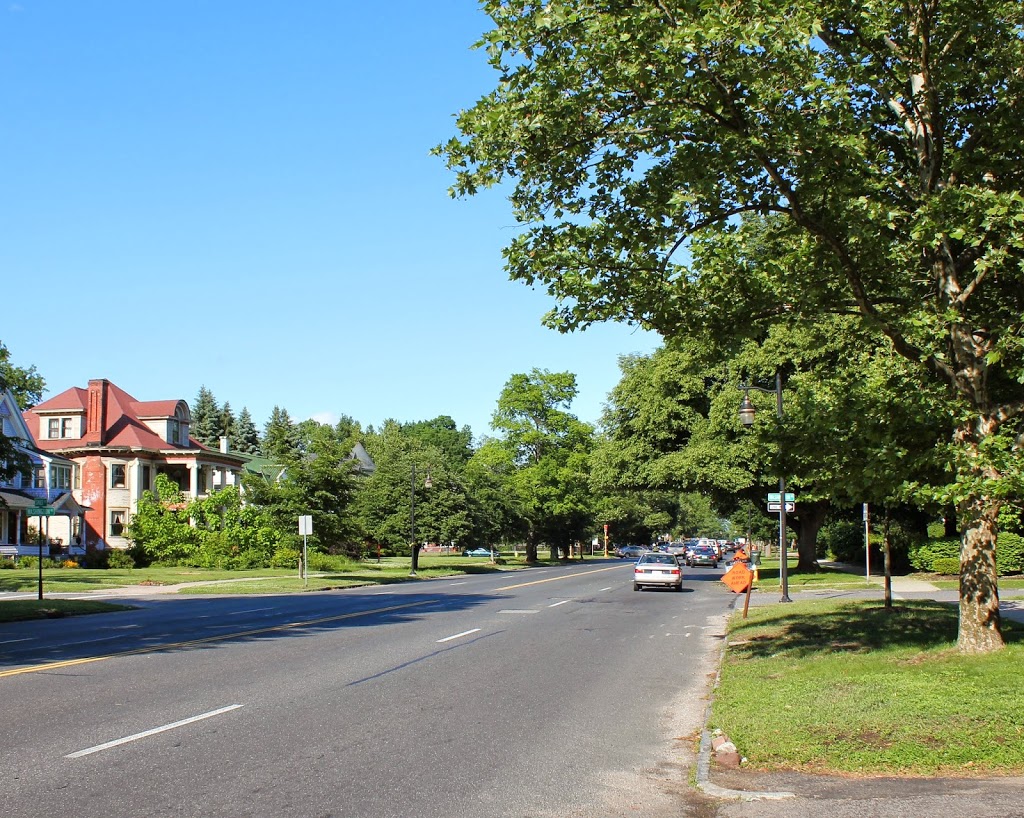 Sumner Avenue is the primary thoroughfare across the southern part of Springfield, passing through the Forest Park neighborhood.  At the time that the first photo was taken, this was a prominent, expensive neighborhood with large, ornate houses, similar to the ones seen on Maple Street and other parts of the city.  However, like many of these other areas, the neighborhood has declined, with most of the wealthy residents moving to Longmeadow or somewhere else outside the city.  Today, most of the houses are still there, though, including the Smith Platt House on the extreme left, and the Lathrop House next to it.