Looking up Temple Place from Tremont Street, facing away from Boston Common.  Photo taken between 1910 and 1916, courtesy of the Library of Congress, Detroit Publishing Company Collection. 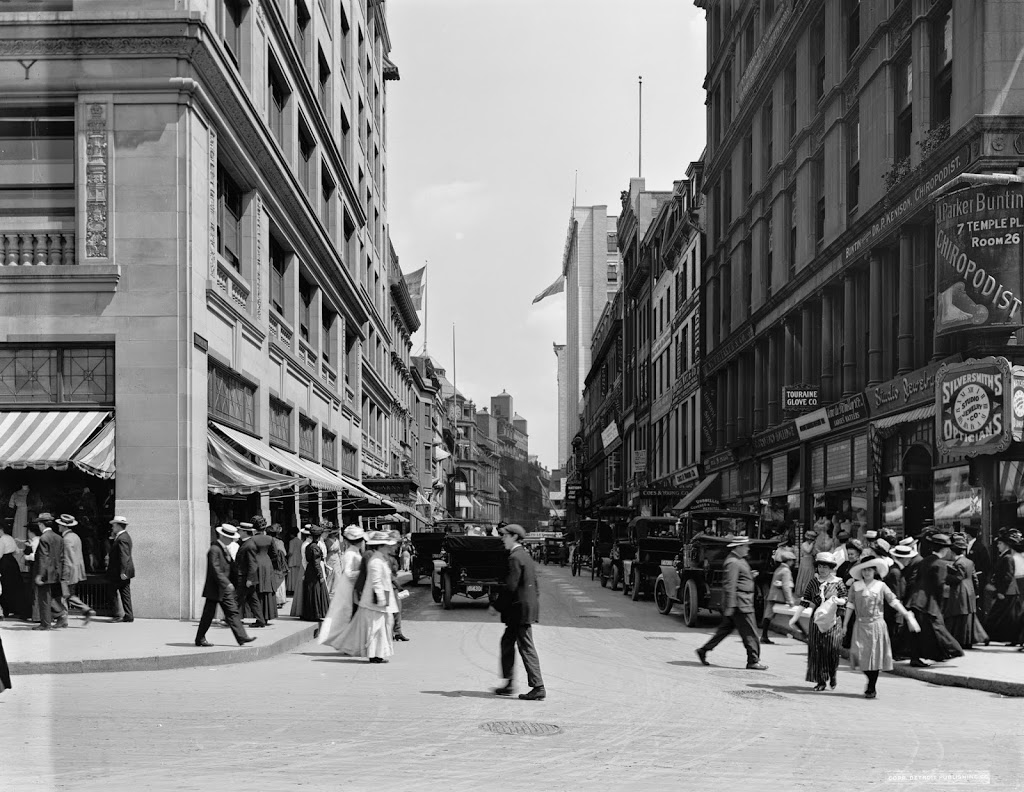 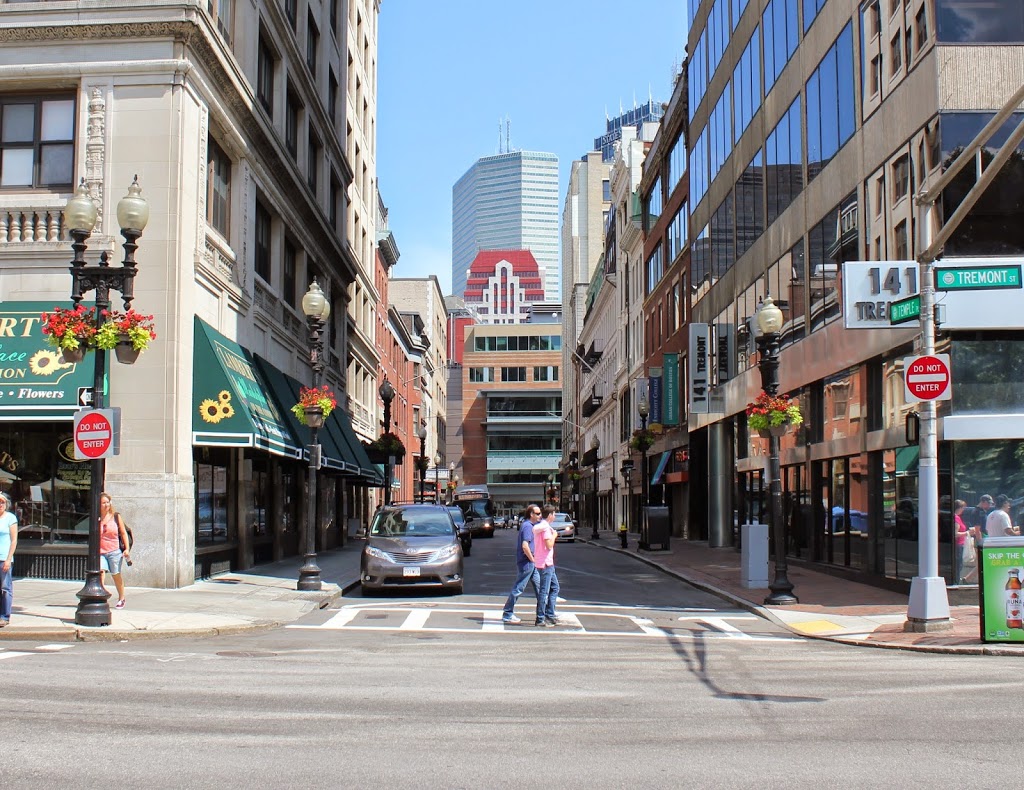 This area was a major shopping center around the turn of the last century, and it still is today.  Temple Place doesn’t look all that different, with many of the same buildings still there.  However, the street has since been truncated at Washington Street (the next block down), with Macy’s and other retail stores occupying the area where the street (actually called Avon Street on the other side of Washington) used to be.  The building on the far left, the R.H. Stearns Building, is essentially unchanged, although it has different tenants now.  The R.H. Stearns department store occupied the building from its completion in 1908 until 1977, when the company closed.