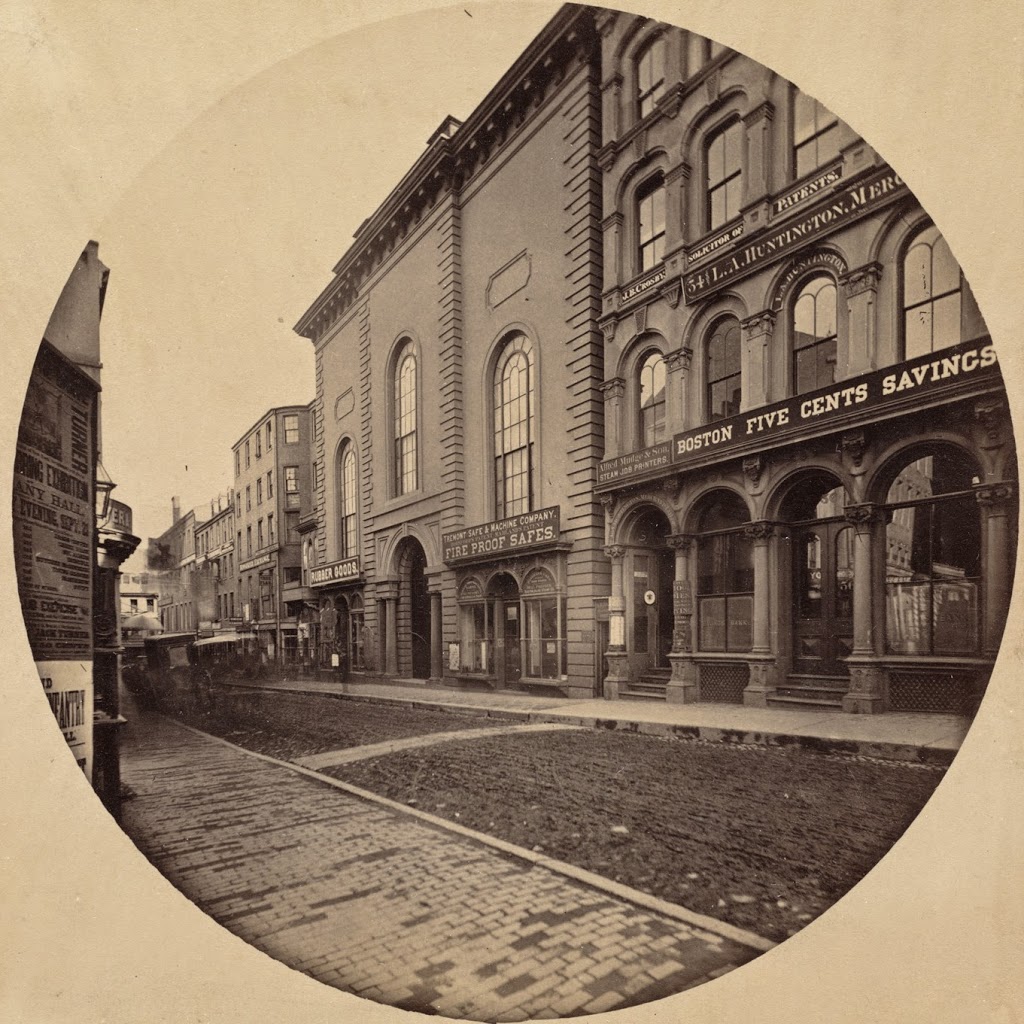 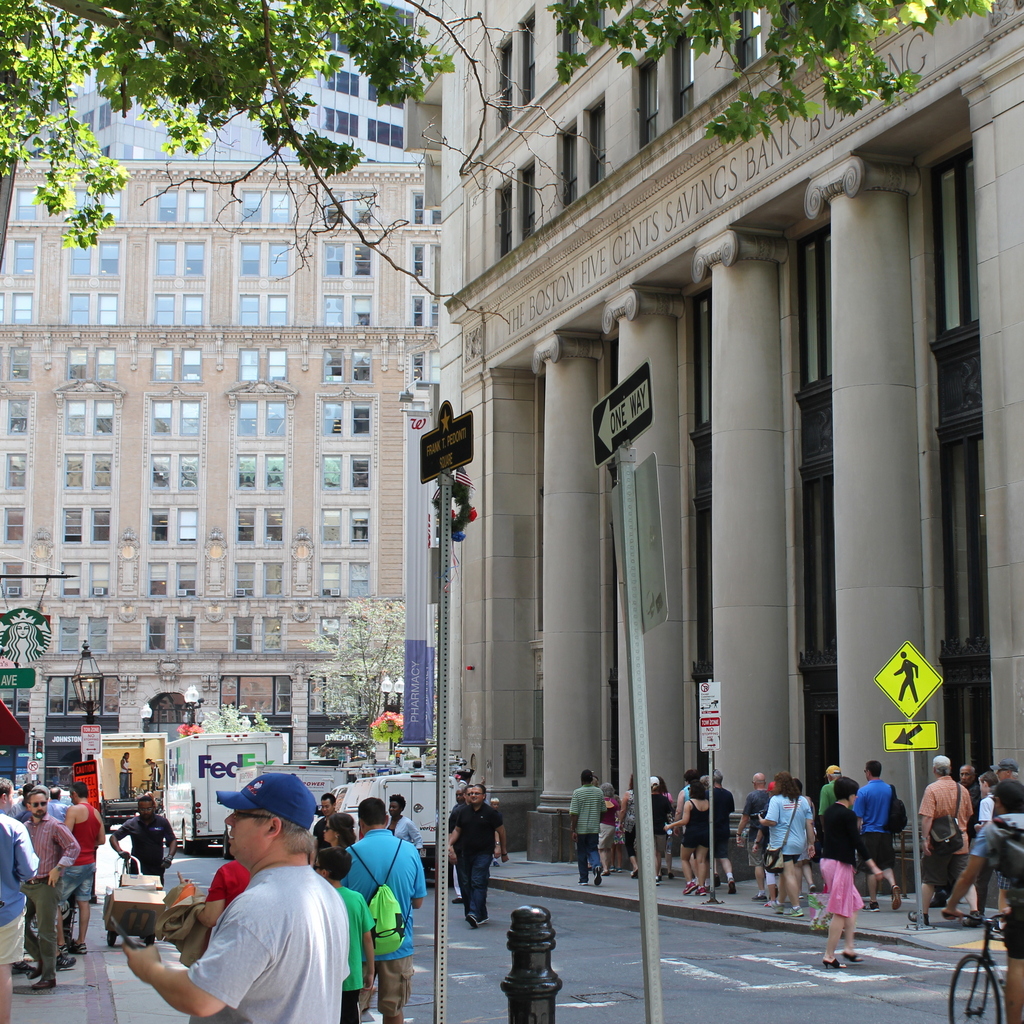 These two photos show some of the drastic changes on School Street in downtown Boston.  The church was demolished in 1872, and the Boston Five Cents Savings Bank building, which was built in 1858, was replaced with the current building in 1925.  The name of the bank is still visible on the building today, although the bank itself no longer exists – it was acquired by Citizens Bank in 1993.  None of the buildings from the first photo survive today, although there are a few very old buildings in the area today that are just outside the view of these photos, including the Old Corner Bookstore, at the end of School Street and just to the left, and the Old South Meeting House, which is to the right behind the buildings in the foreground.