Looking down Franklin Street toward Arch Street from Hawley Street in Boston, around 1870. Photo courtesy of Boston Public Library. 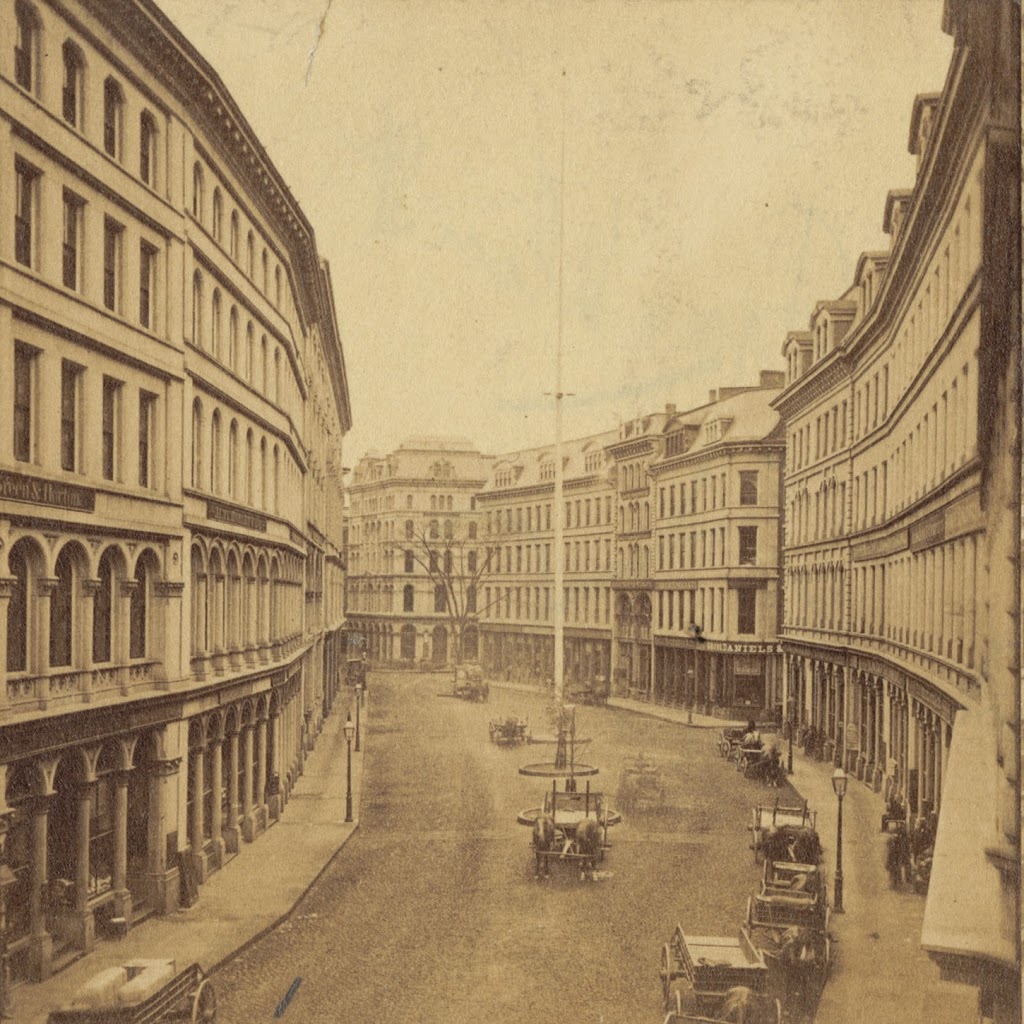 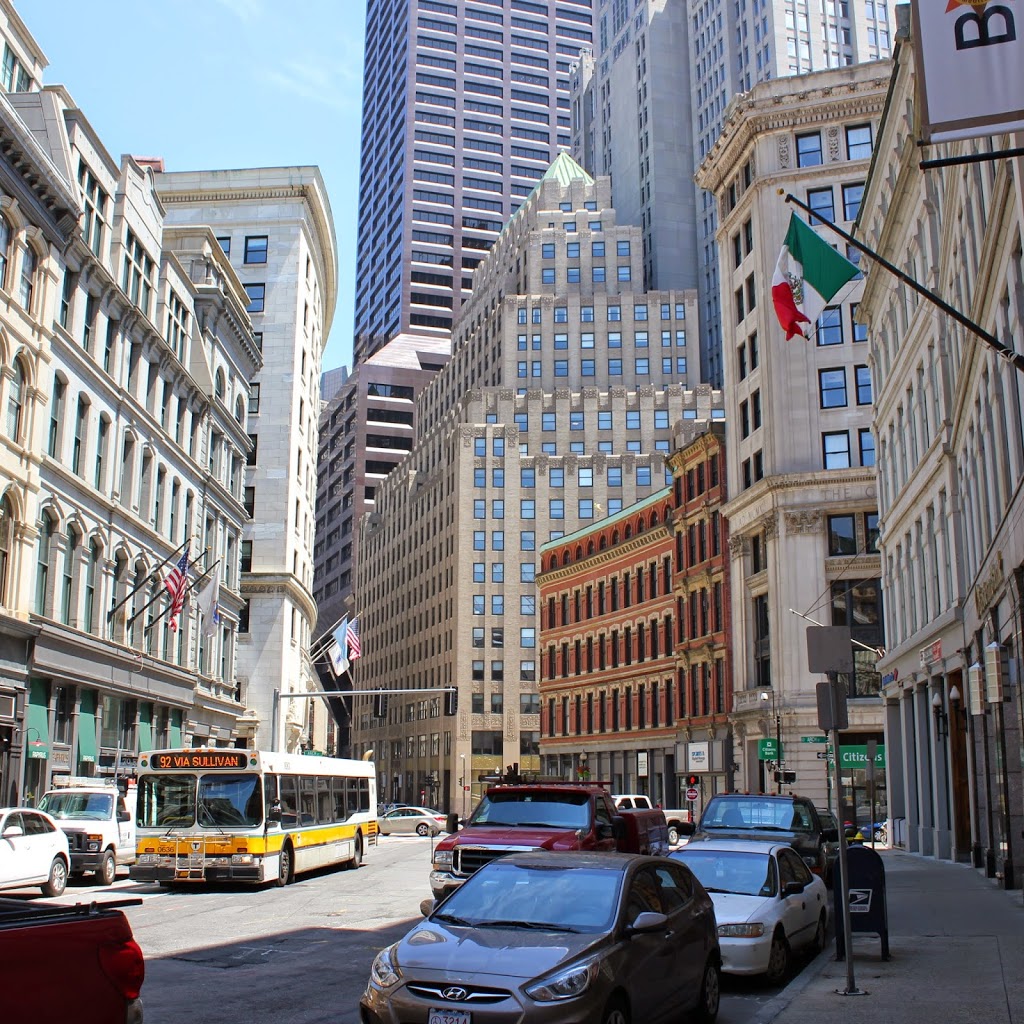 Taken near the ones in this post, the first photo shows Franklin Street after the 1790s row-houses were demolished to make room for commercial development.  When the street was originally laid out, it included a landscaped terrace with a number of trees in the center of the road.  However, after the redevelopment, only a single tree remained, which is seen in the distance of the 1870 photo.  Within a couple years, however, the entire area would be destroyed in the Great Boston Fire of 1872, and the area was rebuilt again, with many of those buildings surviving today.