The Seaver House on the west side of Tremont Street across from Hollis Street, around 1882. Photo courtesy of Boston Public Library. 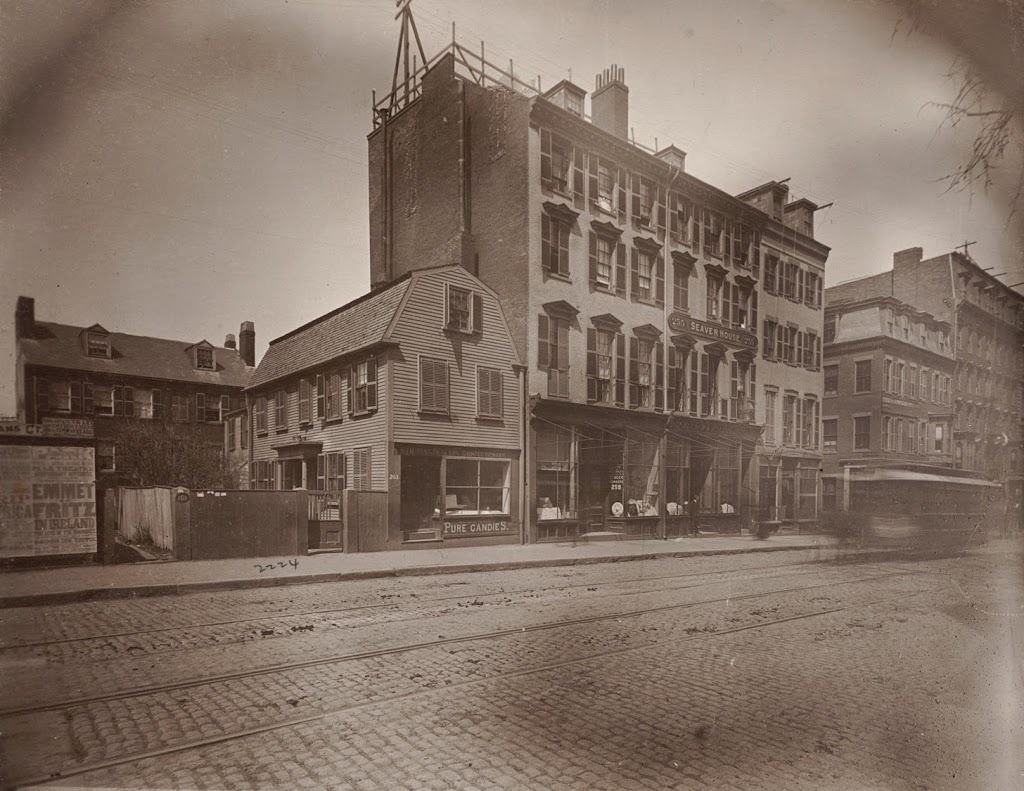 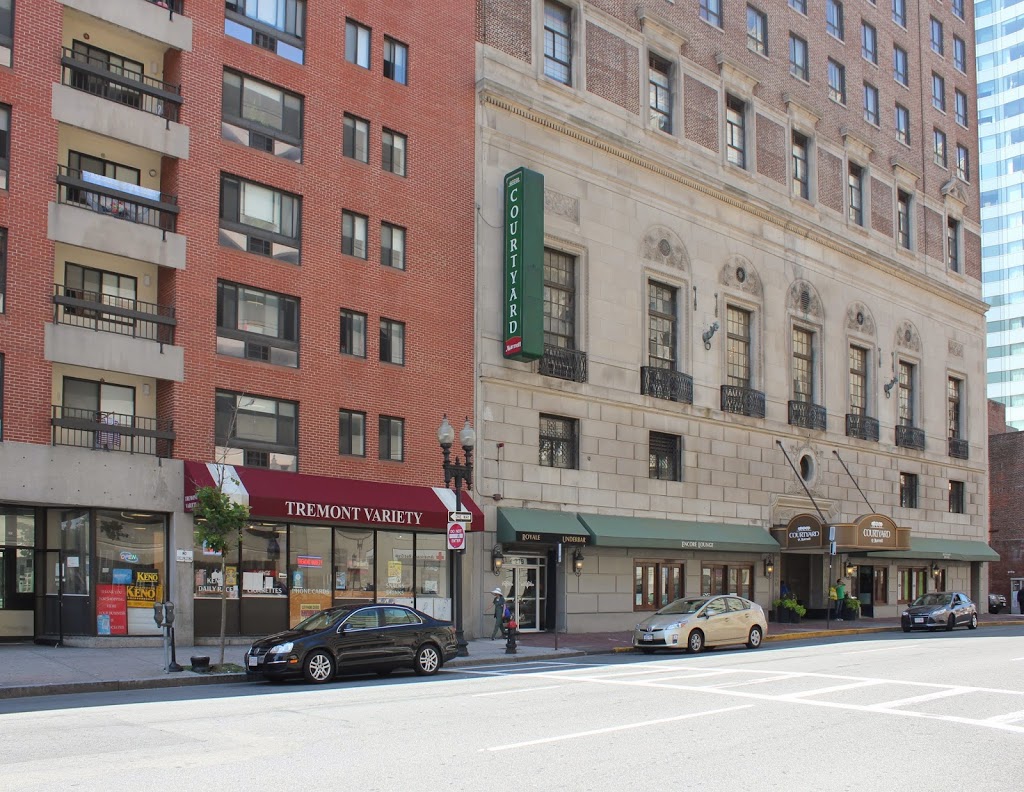 This view was taken from almost the same spot as the one in this post, which shows the scene before Tremont Street was widened.  Most of the buildings on Tremont Street in the 1882 photo above were built following the widening of the street, but none of them survive today. However, that doesn’t mean this neighborhood of Boston has completely changed.  It is part of Boston’s Theater District, a distinction that it held as far back as the 1800s.  In fact, the first photo is able to be dated to around 1882 based on the Fritz in Ireland playbill, which is posted on the wall on the far left-hand side of the first photo.  The wood-frame house in the left-center of the photo is the General Crane House, and was home to John Crane, a Boston Tea Party participant and Revolutionary War veteran.  By the time of the 1882 photo, it was home to the William Davis & Co. candy store.  Notice also the rails running through the cobblestone streets, and the blurred image of a horse-drawn trolley.  The trolleys would eventually be electrified and buried beneath Tremont Street in the late 1890s; today, the tunnel is still there, but it is no longer in service.