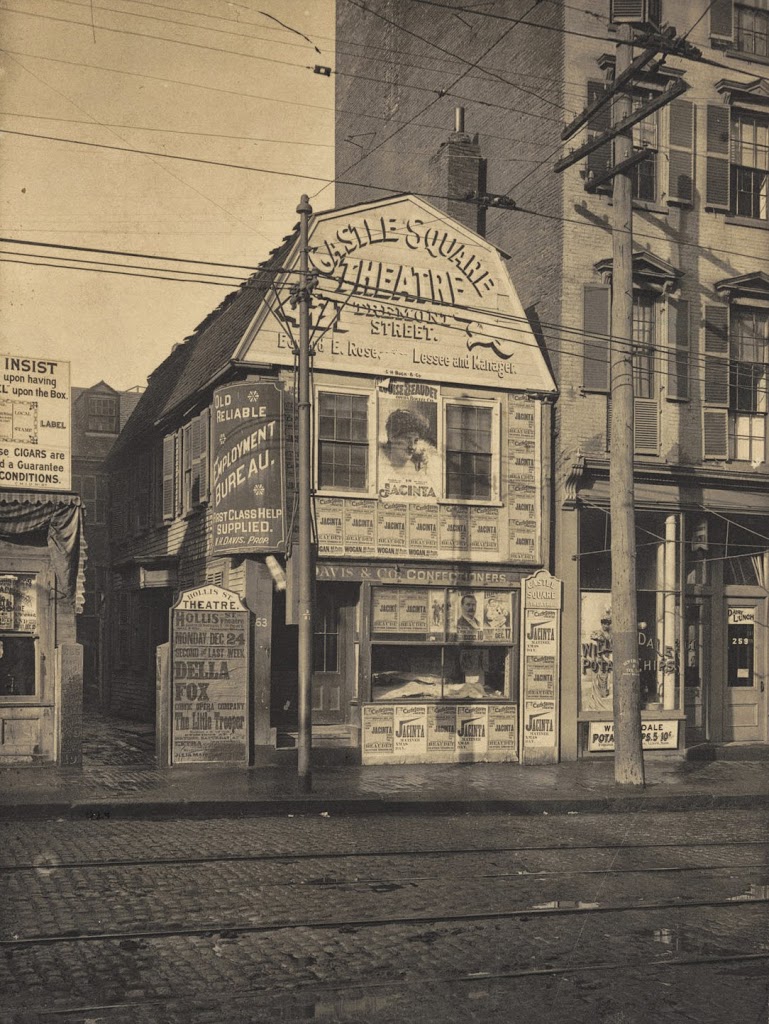 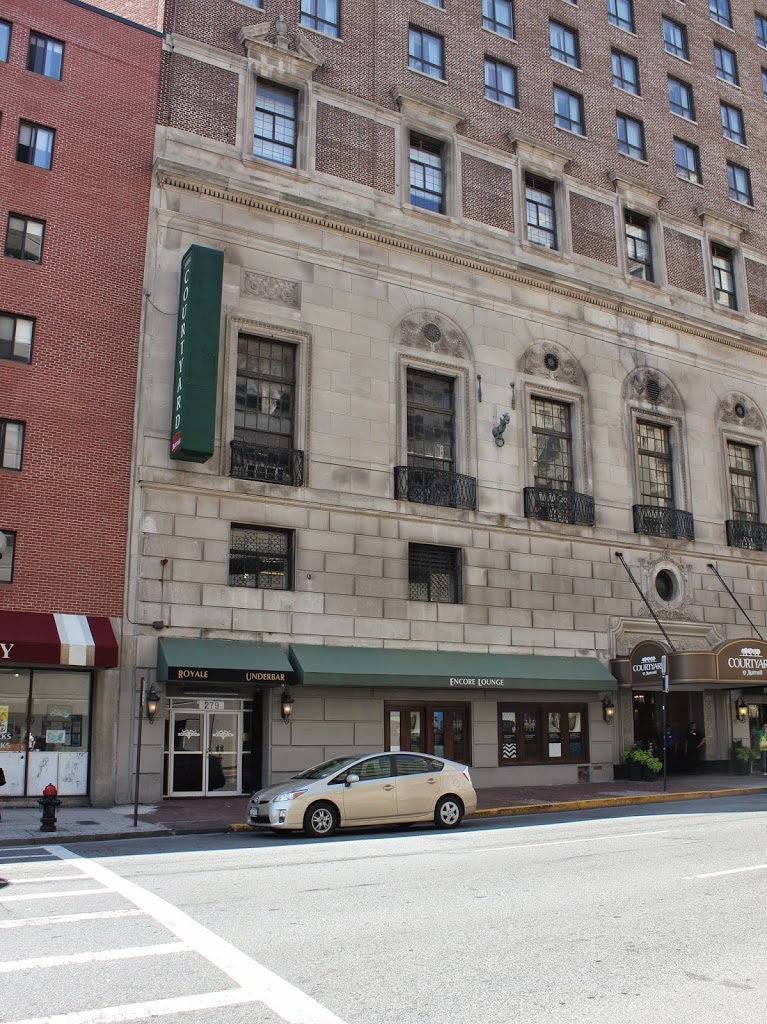 These photos were taken from almost the same spot as the photos in this post, but this angle just focuses on the old General Crane House.  Although only about 12 years have passed, the historic house has not fared well – in the 1894 photo it appears to have been relegated to billboard duty, advertising for several plays, including The Little Trooper staring Della Fox, and Jacinta starring Louise Beaudet.  Both actresses were prominent in the 1890s, and they appeared in these plays around 1894-1895.  The building itself had once been home to John Crane, a Revolutionary War general and Boston Tea Party participant.  It was still standing when the Tremont Street Subway was constructed under the street, but it didn’t last too much longer – it was gone by 1908.