The view looking down Tremont Street from School Street, around 1860. Photo courtesy of Boston Public Library. 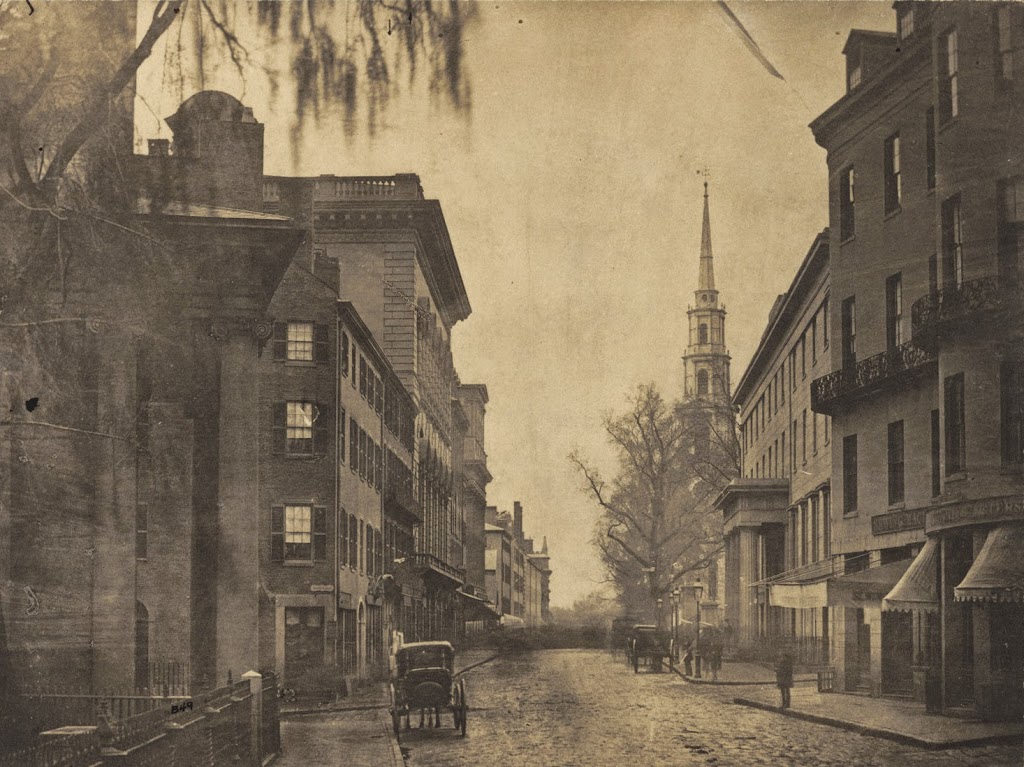 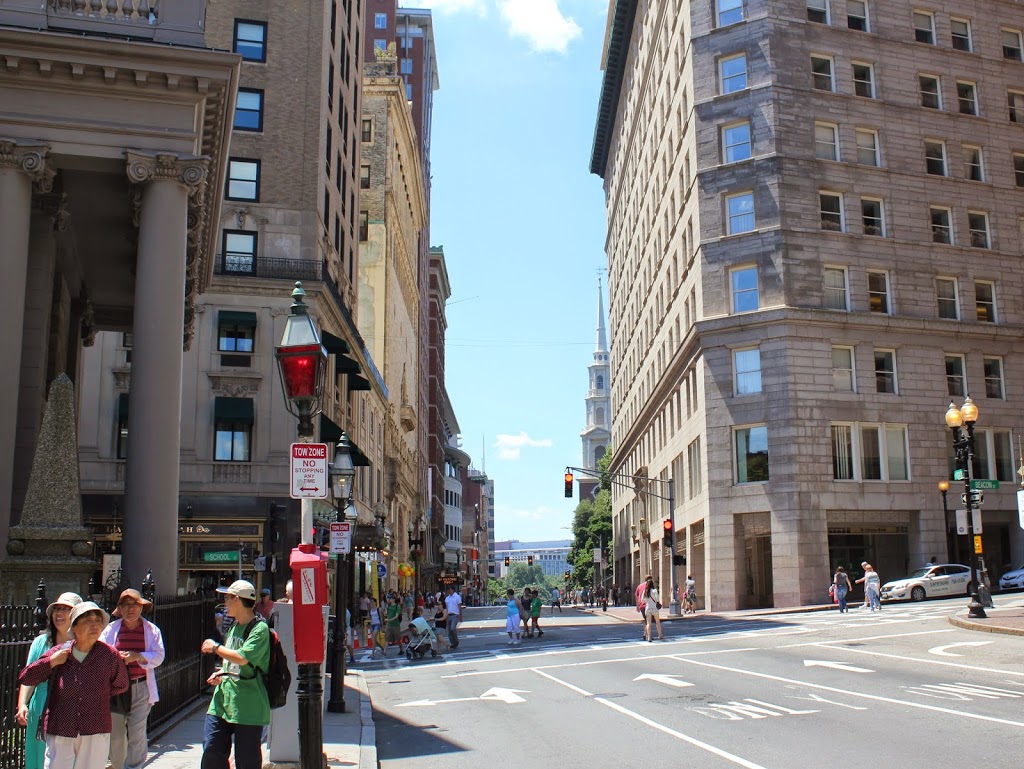 A lot has changed on this section of Tremont Street in the past century and a half, but a few constants remain. The front pillars of King’s Chapel are on the left-hand side, and the steeple of Park Street Church can be seen in the distance on the right. Another landmark in the first photo is the Tremont House, which can be seen from the opposite angle in this post. At the time of the 1860 photo, this was one of the best hotels in the city, and as mentioned in the post on the hotel, it had a number of prominent visitors throughout the 1800s.

Tremont Street has always been a major road in the city, but the first photo shows a very different scene. On the eve of the Civil War, it was a narrow dirt road with a few horse-drawn carriages. Within a few years, though, things would start to change, and by the end of the century this scene would be clogged with streetcars, which prompted the construction of the Tremont Street Subway, the first subway in the country. Today, this part of Tremont is located along the Freedom Trail, with a significant number of tourists walking along the sidewalk on a warm summer Saturday in the 2014 photo.