The Soldiers and Sailors Memorial Arch on Trinity Street in Hartford, around 1900-1910.  Image courtesy of the Library of Congress, Detroit Publishing Company Collection. 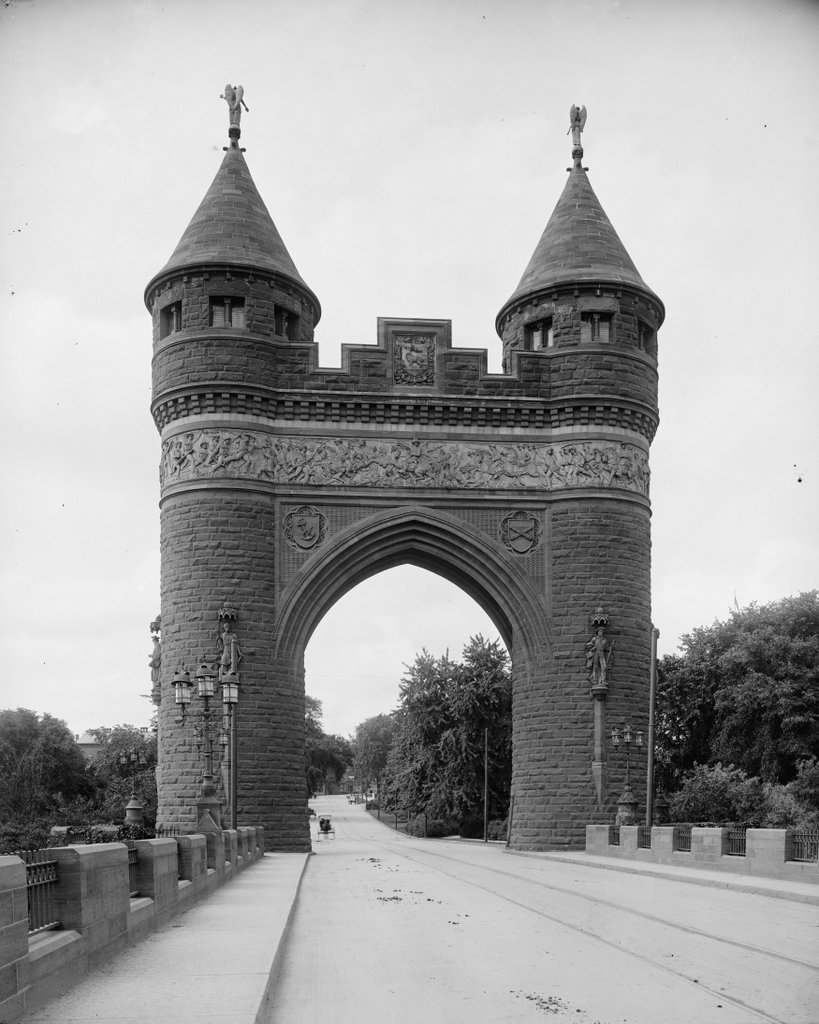 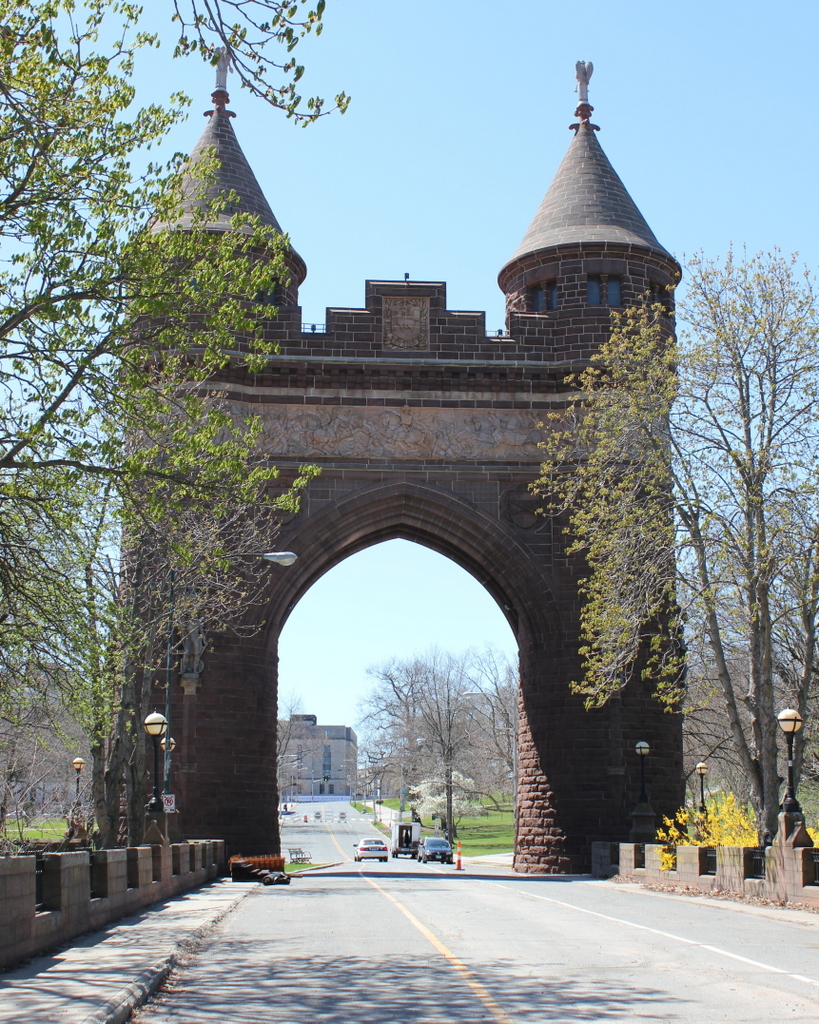 Many cities and towns across the country have some sort of Civil War monument with a statue on top, but Hartford took it one step further and designed a pair of medieval-style towers connected by an arch.  The monument honors the approximately 4,000 Hartford citizens who served in the war, about 400 of whom never returned home.  It was dedicated in 1886, and spans Trinity Street not far from the State Capitol, which is off to the right, beyond the right-hand tower.  At the time that the first photo was taken, the section of road in front of the tower was a bridge over the Park River.  The bridge is still there, but the river has since been put underground and the grade was raised on the old riverbed.  Trinity Street has also changed – there are no longer any trolley tracks running down the middle, and because of how narrow the arch is, the street has been reduced to a single lane of one-way traffic.