The parsonage on Main Street in Agawam, around 1895-1896. Image courtesy of the Agawam Historical Association. 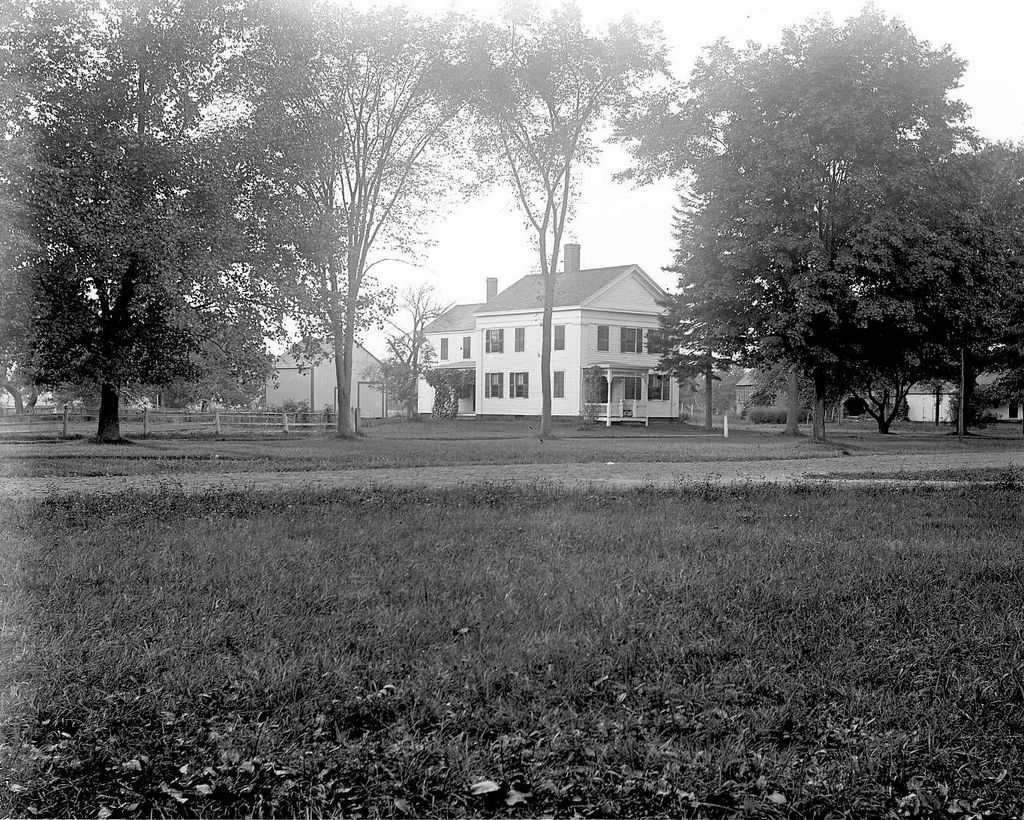 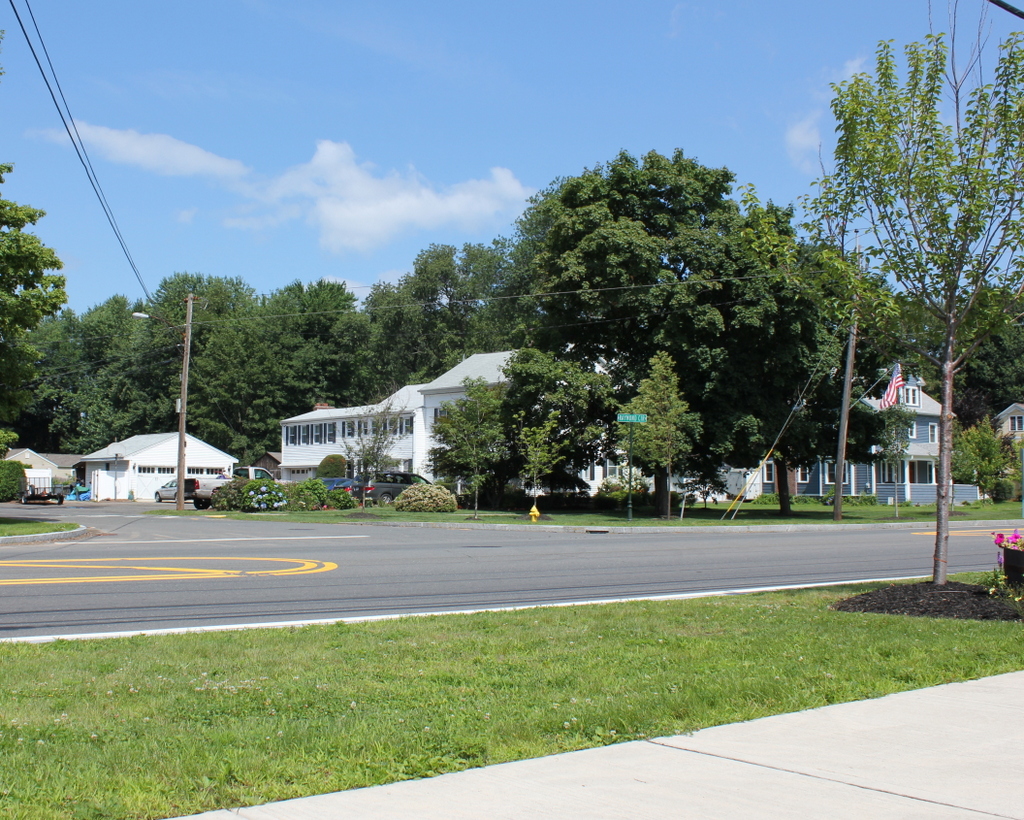 This house on Main Street opposite School Street was built around 1850 as the parsonage for the Agawam Congregational Church, which is located a few hundred yards south of here on the opposite side of Main Street.  The church building that it once served was several decades older; it was built in the early 1800s and was demolished in the 1960s, when the current church was built on the same spot.

Today, the parsonage is partially hidden by trees from this angle, but it is still there, with some alterations.  It appears to be a multi-unit apartment now, with additions in the back of the house where the barn once stood in the 1890s photo.  The area around the house has also changed; the house to the right was probably built in the early 1900s, and later on the land behind the parsonage was subdivided and Raymond Circle was developed.  Despite the changes, however, the building is a contributing property in the Agawam Center Historic District on the National Register of Historic Places.