Looking north on Main Street in Agawam, from just south of the corner of School Street, around 1895-1896. Image courtesy of the Agawam Historical Association. 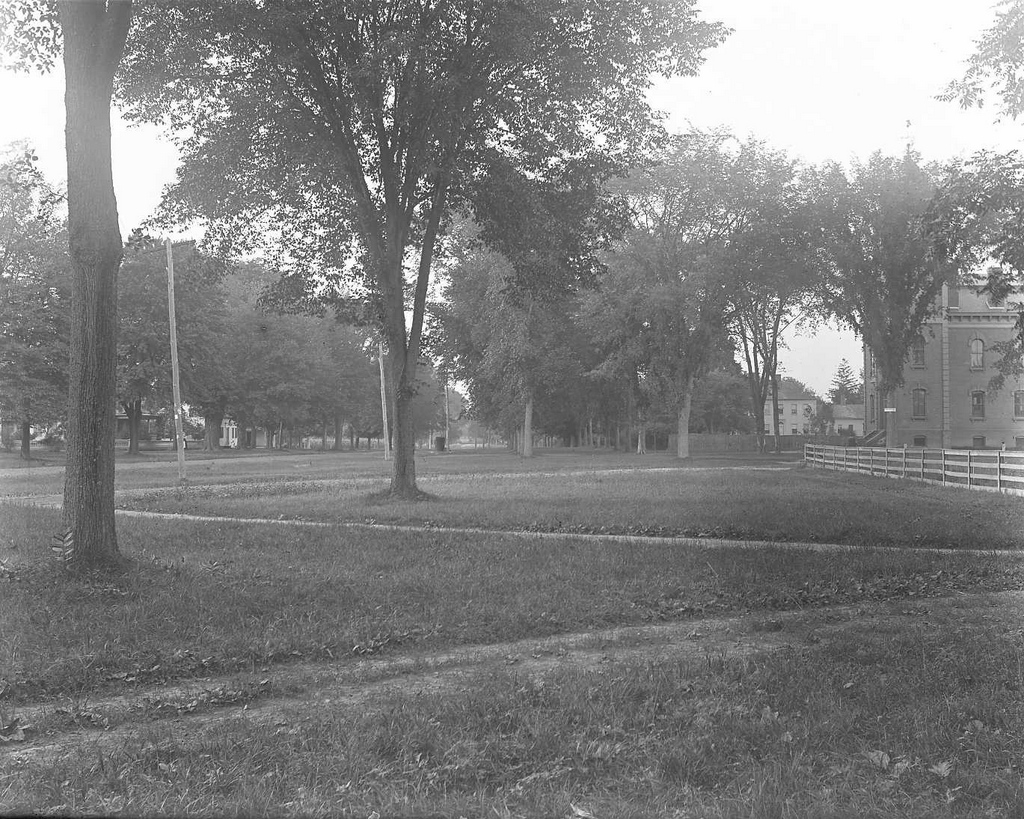 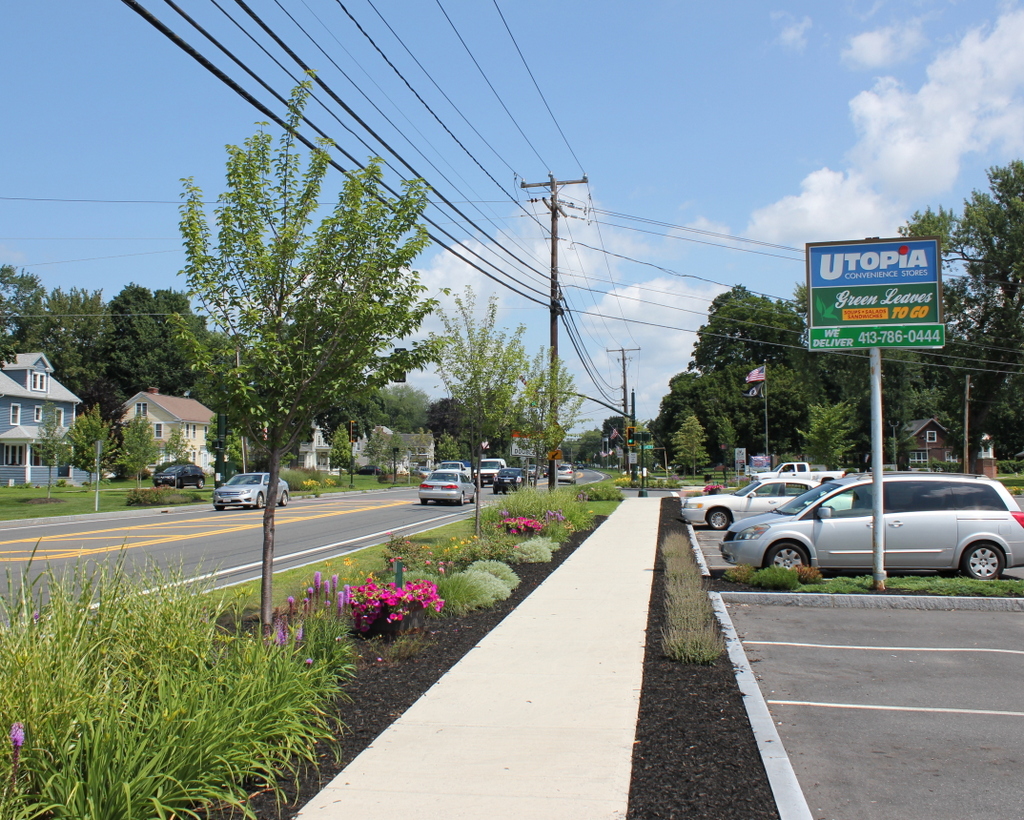 These photos were taken from almost the same spot as the ones in this post, just facing up Main Street instead of across it.  The building on the far right in the first photo was Agawam’s town hall and elementary school; it was built in 1874 and remained in use until 1938, when it was demolished and replaced by the Benjamin Phelps Elementary School, which is located on the site today.  In the distance, beyond the school and just to the left, is the Captain Charles Leonard House, which was built in 1805 and still stands today, although it is hidden from view in the 2015 photo by the trees.