The rowhouse at 35 Mattoon Street in Springfield, around 1938-1939. Image courtesy of the Springfield Preservation Trust. 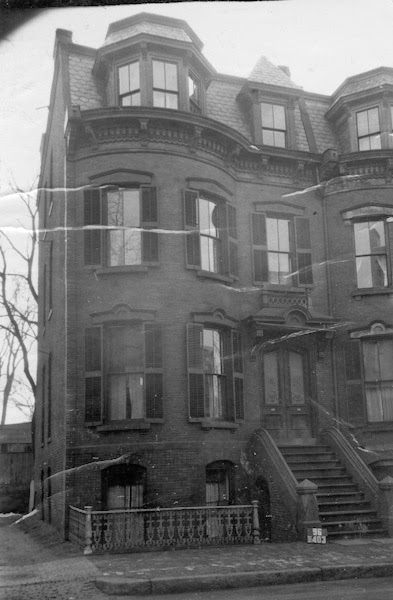 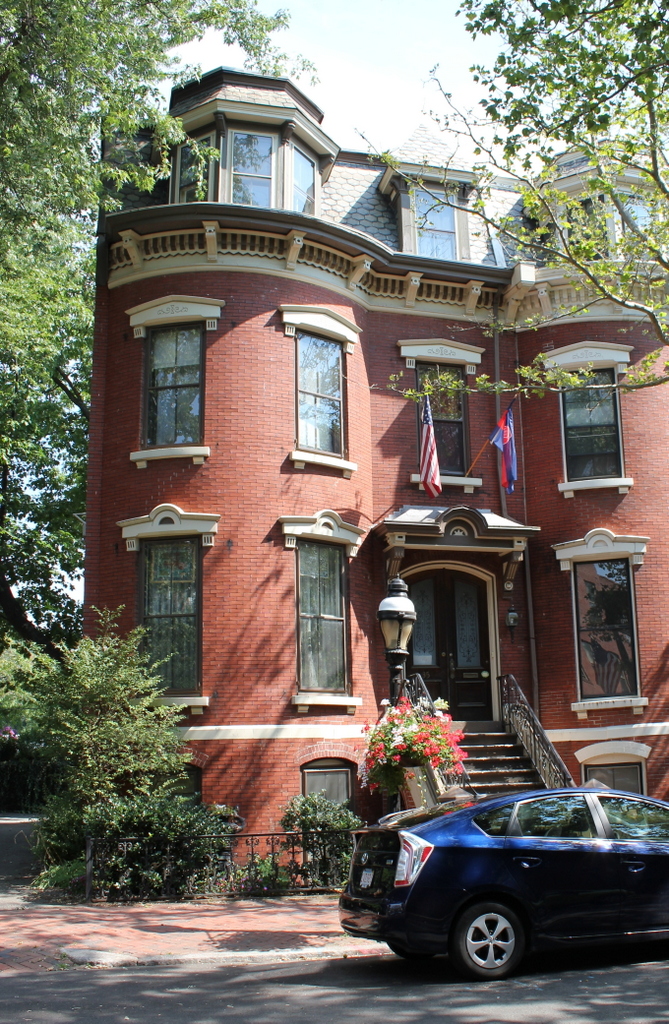 Mattoon Street is a remarkable street in downtown Springfield, with beautifully restored Victorian rowhouses that make it seem more like Boston’s Back Bay than a neighborhood in Springfield.  This particular house is near the western end of the street, and it was built in 1872 along with its four identical neighbors to the right.  They were designed by architects E.C. Gardner and Jason Perkins, who later designed other Springfield buildings such as the Technical High School on nearby Elliot Street.  The original owners of all five houses were B.F. Farrar and Jesse F. Tapley, who sold them to individual owners after they were completed.  Today, the houses on the street, including this one, have been beautifully restored, and the neighborhood is part of the Quadrangle-Mattoon Street Historic District on the National Register of Historic Places.