The arch at the entrance to Hillside Cemetery, at the corner of Main and Mill Streets in Monson, probably taken around 1900-1920. Image courtesy of the Monson Free Library. 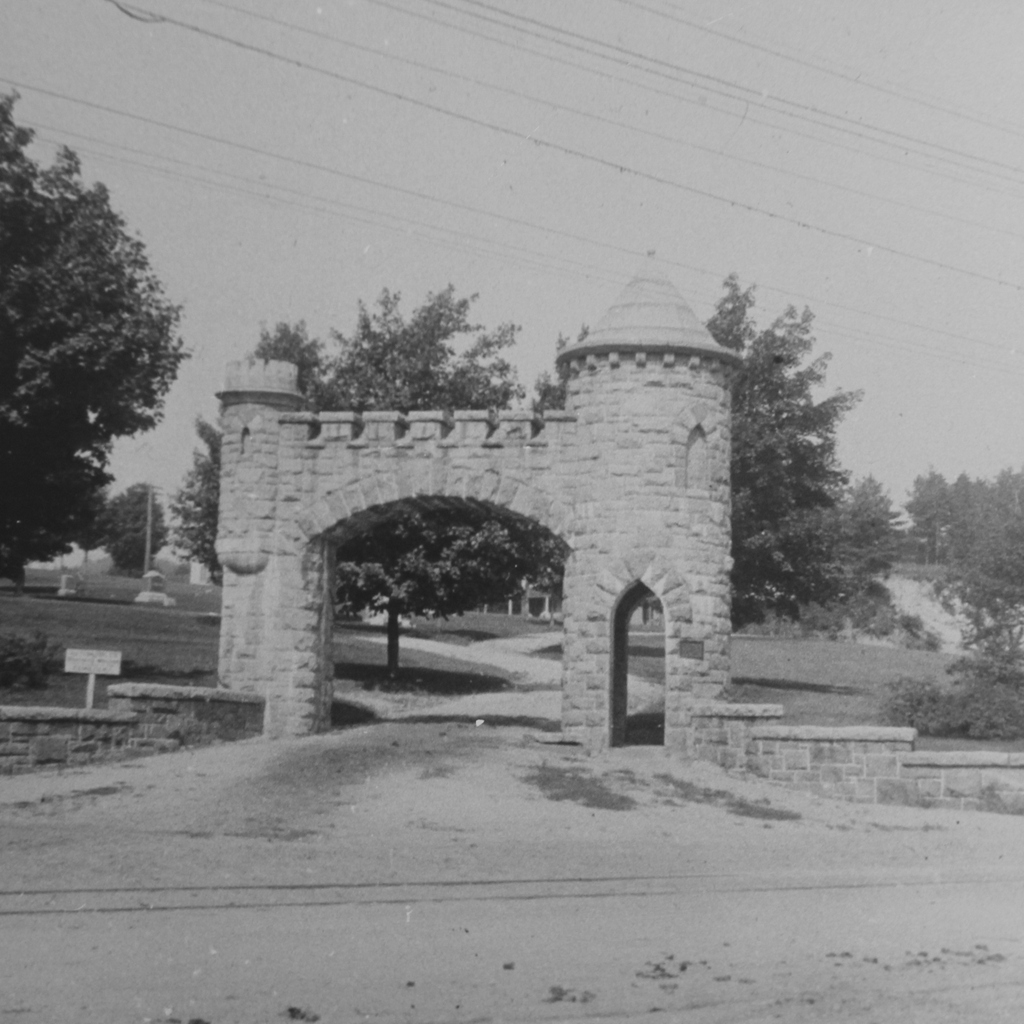 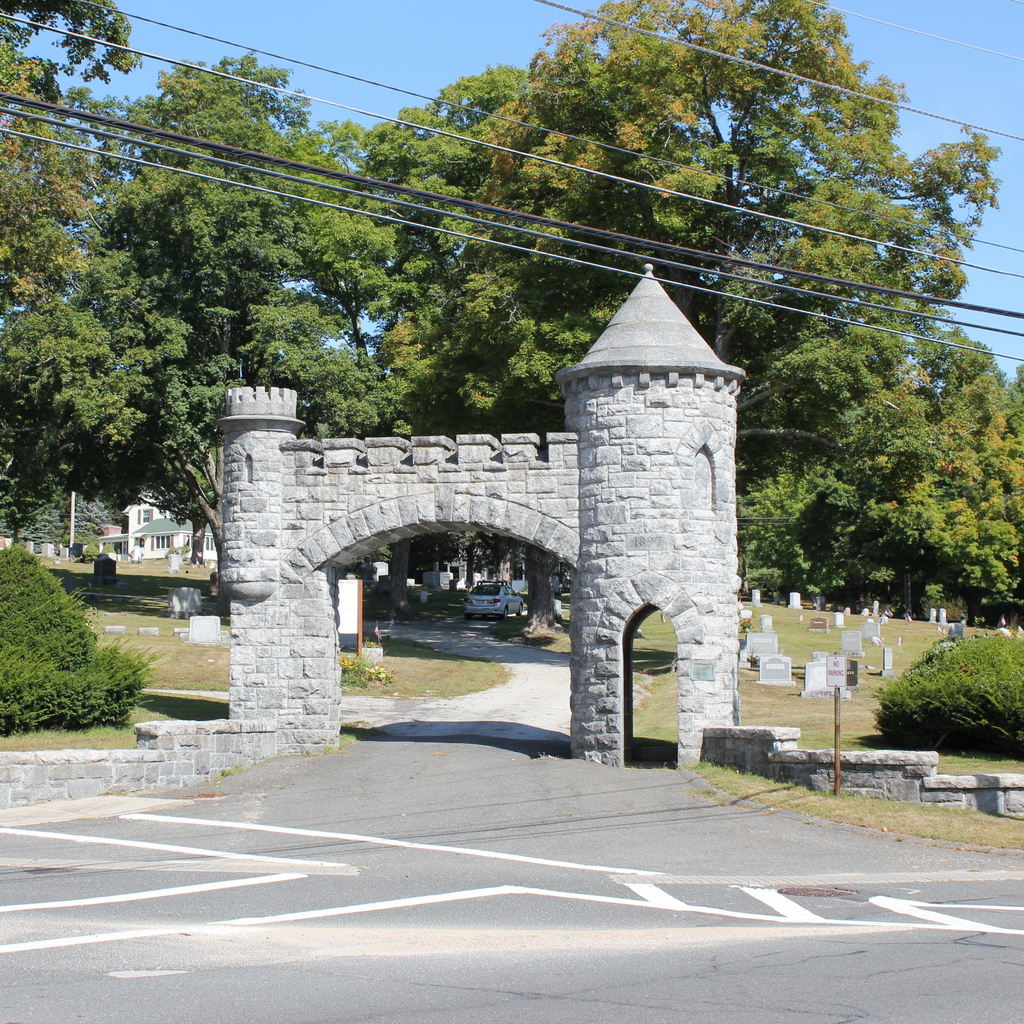 The mid-1800s saw a major shift in the way cemeteries were designed.  Especially in larger cities, simple graveyards were replaced with elegant, landscaped cemeteries that felt more like a park than a place for burying the dead.  Mount Auburn Cemetery in Cambridge, just outside of Boston, helped to pioneer this idea in the 1830s, and soon major cities across the northeast were creating similar cemeteries.  Here in Monson, the town had its own scaled-down version of such cemeteries with Hillside Cemetery, which is seen in these two photos.  It is the final resting place for many of the town’s prominent citizens of the 19th century, many of whom had large family plots with ornate stones carved of Monson granite.

One of the defining features of Hillside Cemetery is this granite arch, which was built in 1897 with funds provided by Emma Field Page Norcross.  Although she lived in Germantown, Pennsylvania, she had the arch built in memory of her family members who are buried here, including prominent factory owner Cyrus W. Holmes.  Nearly 120 years later, the arch is still standing, and not much else has changed in this scene, aside from the increase in the number of headstones in the background.