Looking north on Main Street from near Park Street in Lee, in 1911. Image courtesy of the Library of Congress, Detroit Publishing Company Collection. 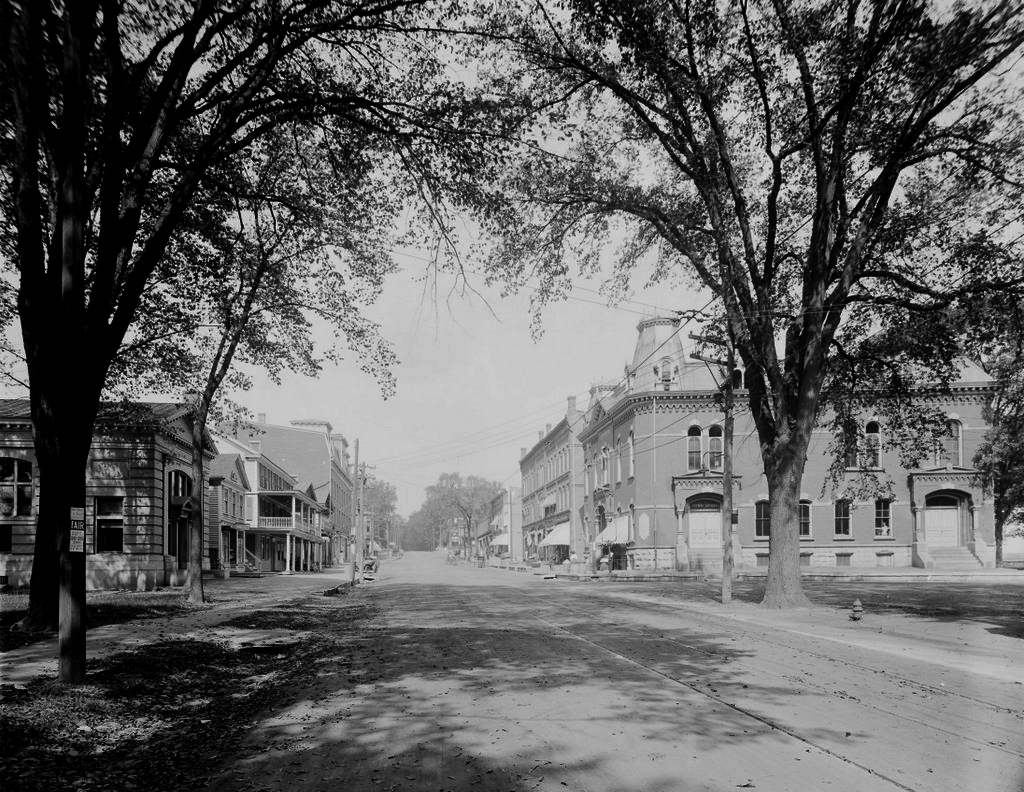 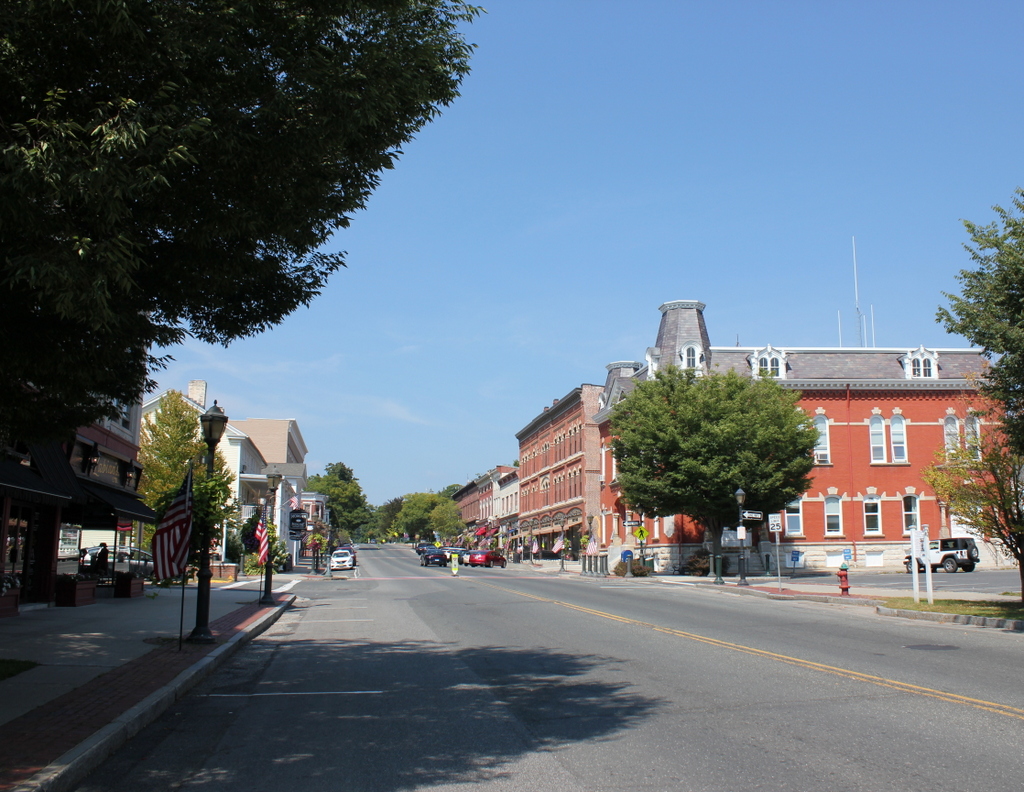 The town of Lee is situated in the Berkshires region of Western Massachusetts, and in the 19th century it was a small but prominent industrial town. At its peak, the town had several dozen paper mills and several marble quarries, and the town’s prosperity was reflected in its downtown area here along Main Street. Most of the buildings in this scene date to the mid to late 19th century, including the historic Memorial Town Hall to the right. It was completed in 1874, and has housed the town offices ever since. Through the years, it has also taken on a variety of other uses, including a post office, Grand Army of the Republic hall, barber shop, movie theater, district court, and police station. In 1965, singer Arlo Guthrie faced littering charges in the courtroom here, an incident which later inspired his famous song “Alice’s Restaurant.” Today, in addition to the town offices, it is also the town police station, and although it has undergone renovations in 1912 and in 1990-1991, its exterior has remained well preserved for over 140 years.

Just beyond the Memorial Town Hall is the Baird and Benton Block, a three story commercial building that was built in 1875 by paper manufacturers Prentiss Baird and Charles and James Benton. It originally had a mansard roof like the neighboring Town Hall, but the roof was destroyed in a fire in the late 1800s. Aside from renovations to the first floor storefronts, the building’s appearance is similar to what it looked like in 1911, but the upper two floors were vacant from the 1950s until a renovation in 2012 that converted it into classroom and office space.

Most of the other commercial building in the scene date from the second half of the 19th century, but the oldest is the Morgan House, the wood-frame building with the two story porch on the left side of Main Street. It was built in 1817 by William Porter as a house, and in 1867 it was purchased by Edward Morgan, who enlarged the original building and turned it into the Morgan House inn. Over the years, its guests have included Ulysses S. Grant, Grover Cleveland, John F. Kennedy, and George Bernard Shaw, and today it is still operated as an inn and restaurant.

Overall, the only significant change to this scene is the Park Building, located on the far left where the Lee Savings Bank building stood in the 1911 photo. It was built just a few years later in 1914, and it is one of the newest buildings along this section of Main Street. The entire area is now part of the Lower Main Street Historic District on the National Register of Historic Places, and it is an excellent surviving example of a historic 19th century New England town center.