Looking south on Chestnut Street in Springfield, around 1892. Image from Picturesque Hampden (1892). 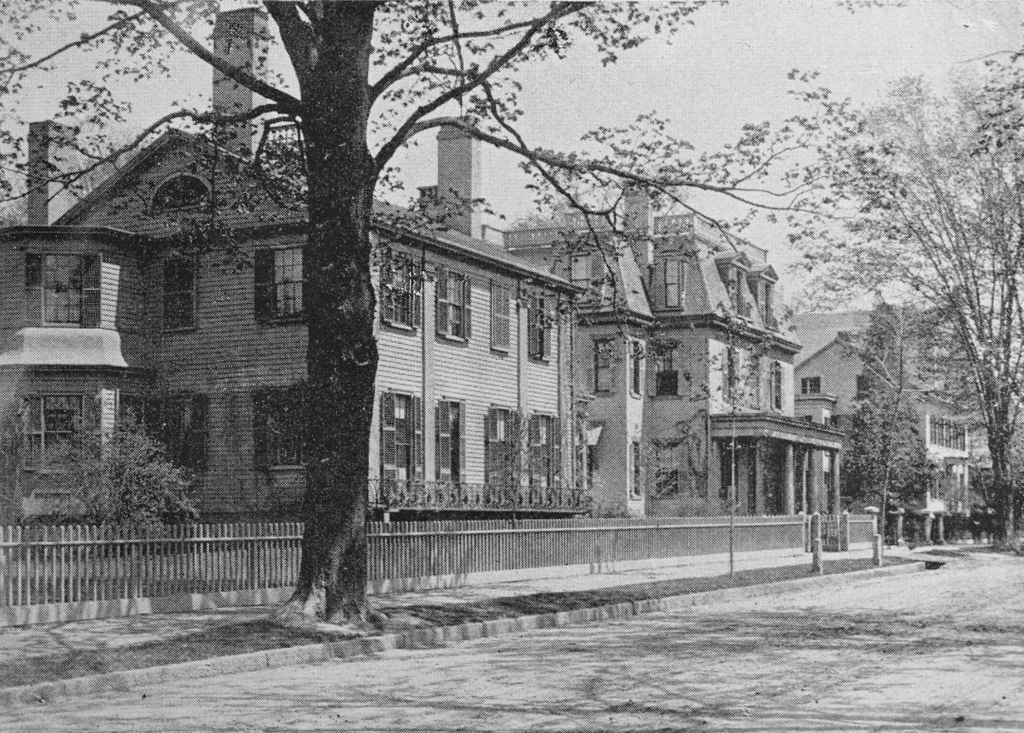 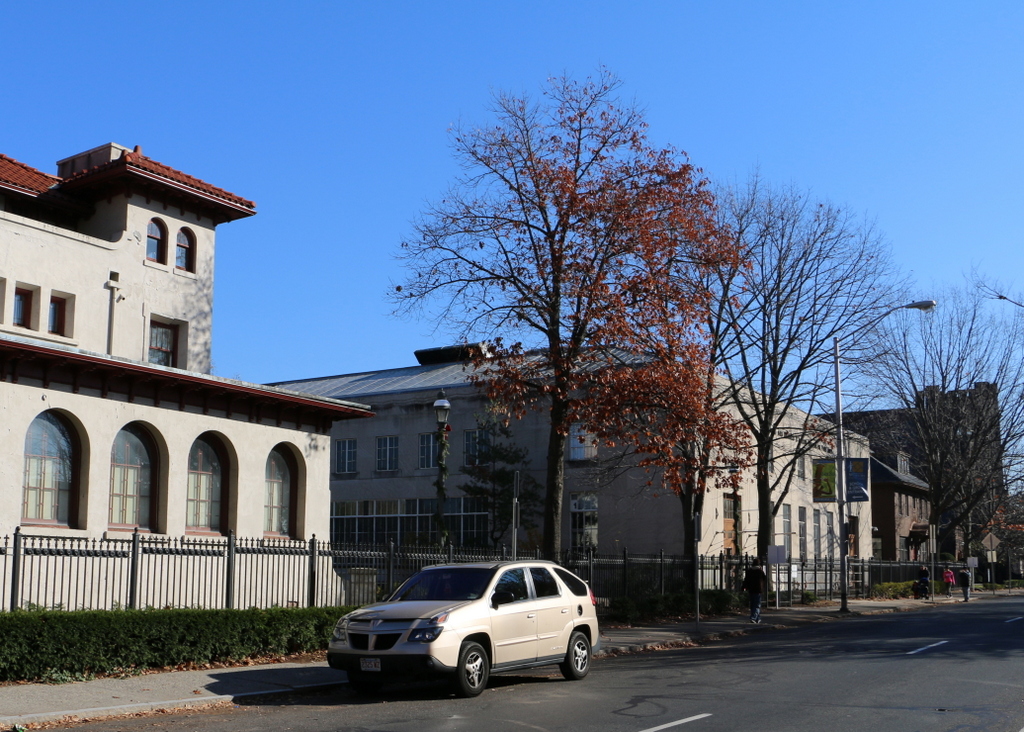 This section of Chestnut Street runs atop a hill overlooking downtown Springfield, and in the first half of the 19th century it became home to some of the city’s wealthiest residents. The two houses in the foreground are the George Merriam House and the George Bancroft House, both of which have been featured in previous posts. The Merriam house on the left side was owned by George Merriam, who along with his brother Charles founded Merriam-Webster. The house in the center was owned by a series of prominent individuals, including George Bancroft, a historian and future Secretary of the Navy and Ambassador to the United Kingdom. Other owners included George Walker who was a prominent business executive, and William H. Haile, a politician who erved as Lieutenant Governor of Massachusetts from 1890 to 1892.

Today, all of these houses are gone. The only building that has survived from the first photo is Christ Church Cathedral, which is barely visible in the distance. The Merriam house was demolished around 1905 and two new houses were built on the lot, including the 1905 Kilroy House on the far left. The Bancroft house was demolished by 1933, when the D’Amour Museum of Fine Arts was built here, and the third house in the distance was also demolished in the early 20th century to build the church rectory, which is still standing today.