The Simon Colton House, as seen from the Longmeadow town green on September 21, 1918. Image courtesy of the Longmeadow Historical Society, Emerson Collection. 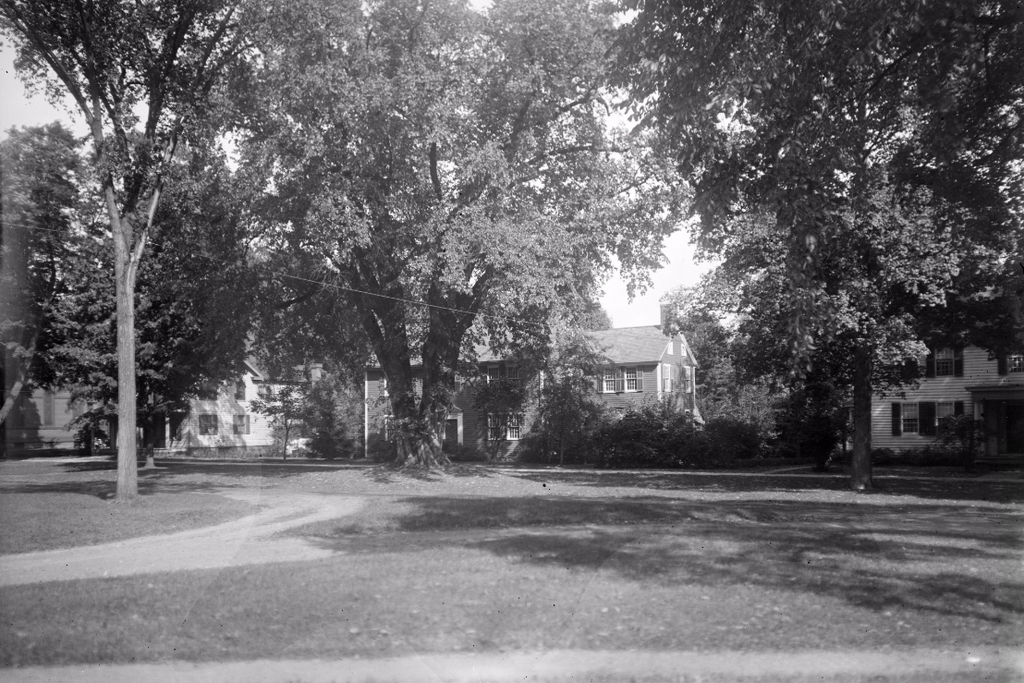 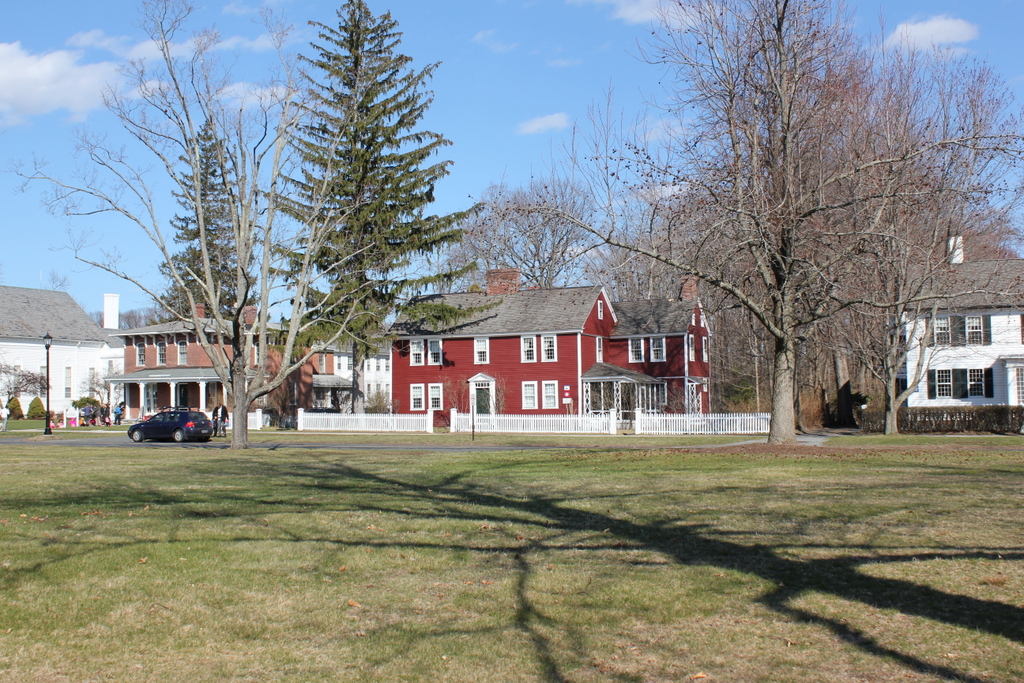 When the first photo was taken almost a century ago, this house was already a historic building, as one of the oldest surviving houses in the town. It was built in 1735 by Simon Colton, who married Abigail Burt a year later. They raised their 12 children in this house, and after Abigail’s death in 1760, Colton married Rebekah Hale. Colton was a prominent resident of Longmeadow, and in addition to serving as a town selectman for nine years and as a captain in the French and Indian War, he also operated a tavern out of the house.

He lived here until his death in 1796, and his son Luther lived here with his wife Thankful and their eight children. Thankful died only a year later, though, and in 1799 Luther remarried to Mehitable Deming, a widow who had four children of her own. She accepted his proposal under the condition that he build her an addition to the house, seen on the right side in this view, where she could go if she needed time away from the 12 children. Luther and Mehitable ended up having two more children of their own, making their household an 18th century version of Yours, Mine and Ours. Luther died in 1804 at the age of 47, but Mehitable lived nearly twice as long, remaining in the house until her death in 1856 at the age of 93.

The house remained in the Colton family for 200 years, until it was transferred to the Society for the Preservation of New England Antiquities in 1935. The organization, which is now Historic New England, has since sold the house, but with the stipulations that the front facade not be changed, and that it remains painted red. Today, the house has not changed much since the first photo was taken 98 years ago, and it is flanked by two other historic buildings. The Justin Colton House on the right, and the 1857 church parsonage, which does not appear in the 1918 scene because it was moved here around 1921, is on the left. All three buildings, along with the rest of the historic buildings around the town green, are part of the Longmeadow Historic District on the National Register of Historic Places.

Incidentally, the Colton House is not the oldest object in the first photo. According to photographer Paesiello Emerson, the elm tree that is partially blocking the view of the house was 300 years old, which, if accurate, would mean that the tree predated even the arrival of the Mayflower. However, it is unlikely to have survived more than a couple decades after the photo was taken, as both the 1938 hurricane and Dutch Elm Disease took a heavy toll on the large elms that once lined the streets of New England.