The Josiah Day House on Park Street in West Springfield, around 1900-1910. Image courtesy of the Library of Congress, Detroit Publishing Company Collection. 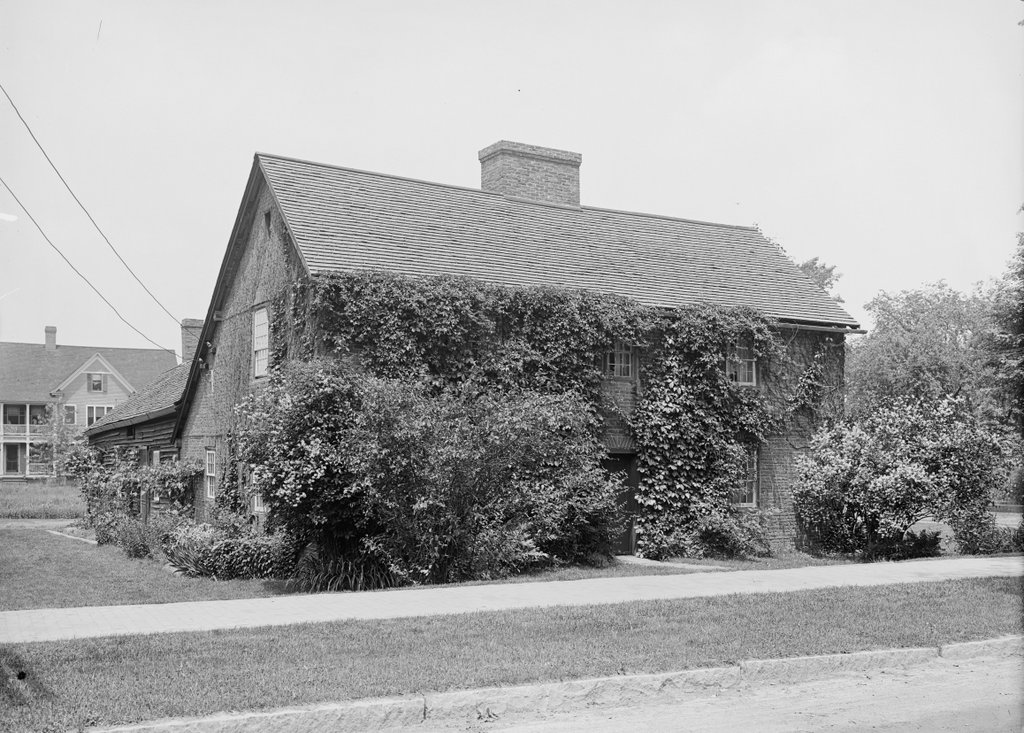 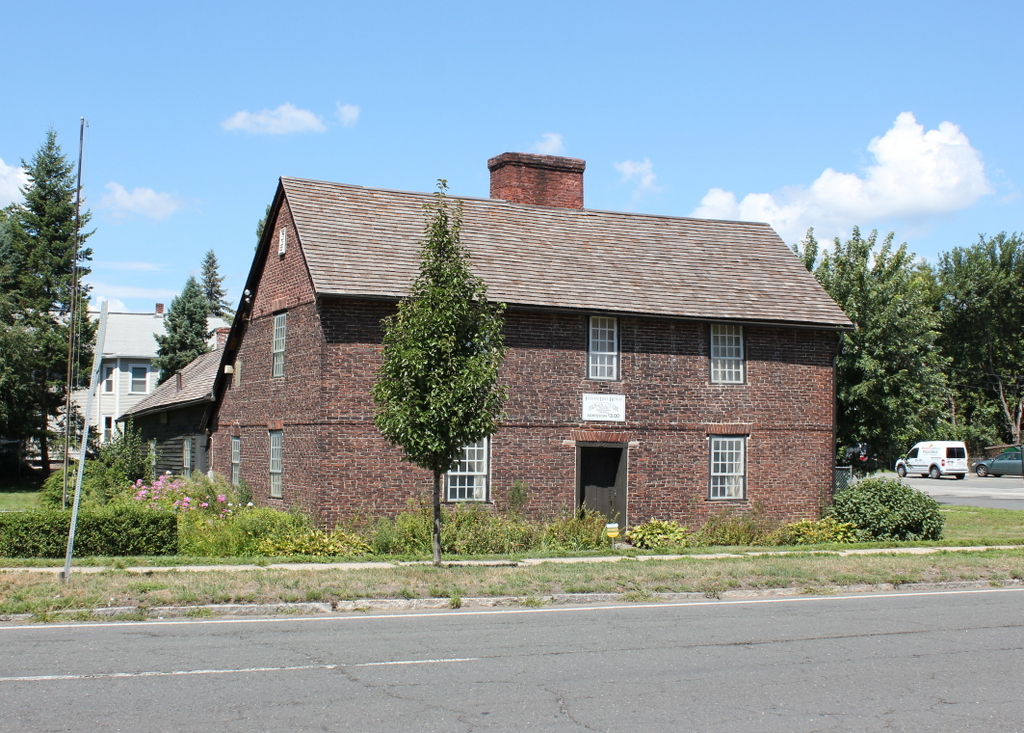 This house is the oldest existing building in West Springfield, and probably the oldest brick building in Hampden County. It was built by Josiah Day in 1754 as a rare example of a brick saltbox-style house, and is probably the oldest such house in the United States. The house actually predates West Springfield itself, which had been settled in 1660 as part of Springfield, but was not actually incorporated as a separate town until 1774. By this point, the village on the west side of the river, with its fertile soil for farming, had grown larger and more prosperous than Springfield itself, and for many years its residents had been calling for separation.

Josiah Day was one of the residents who had petitioned the colonial General Court of Massachusetts for separation from Springfield, but he never lived to see West Springfield become its own town. He died in 1770, and his son Aaron inherited the house. Aaron and his wife Eunice moved into the house after their marriage in 1775, just months before the start of the American Revolution.

Although far removed from any major battles, the Day house nonetheless saw several important events relating to the war. In January 1776, Henry Knox passed in front of the house along his journey from Fort Ticonderoga to Boston. He and his men were hauling 60 tons of cannons to fortify Dorchester Heights overlooking Boston, and just two months later these guns forced the British to evacuate Boston. Two years later, the Day House saw the results of another American victory in the war. Following the British defeat at Saratoga, General Riedesel and his Hessian troops were captured and marched to Boston, and along the way they stopped and encamped here in West Springfield on October 30 and 31, 1777, on the common in front of the house.

The closest that the Day House came to witnessing direct military action came nearly a decade later, during Shays’ Rebellion. This uprising, which took place in western Massachusetts in 1786-1787, was the result of high taxes and foreclosures against farmers in the region, and during this time the rebels succeeded in closing courthouses to prevent foreclosure cases from coming to trial. Although Daniel Shays of Pelham was the primary leader of the uprising, Luke Day of West Springfield was also one of the leaders. Luke and Aaron Day were second cousins, and while planning for the assault on the Springfield Arsenal, the climactic event of the rebellion, Luke trained his soldiers on the common in front of the house. According to local tradition, he also used his cousin’s house as his headquarters while he planned the attack.

In the meantime, Aaron and Eunice Day continued living in this house for decades. In 1810, they expanded the house with a wooden addition in the back for their oldest son, Aaron, Jr., who had married Anne Ely that year. Eunice died in 1818 and Aaron, Sr. in 1827, and the house was passed down to the younger Aaron. He and Anne raised their six children here, and Lydia, their last surviving child, lived in the house until her death in 1897. A few years later, the house was sold by the Day family after four consecutive generations of ownership.

While so many other colonial buildings in the area were being demolished around the turn of the 20th century, the Day House was purchased by the Ramapogue Historical Society, around the same time that the first photo was taken. This early effort at historic preservation has been successful, and today the house is still owned by the society. It is open to the public as a museum, and the interior is furnished with antiques from the 18th and 19th centuries, many of which had once belonged to members of the Day family.