The house a 240 Central Street, at the corner of Cedar Street, around 1938-1939. Image courtesy of the Springfield Preservation Trust. 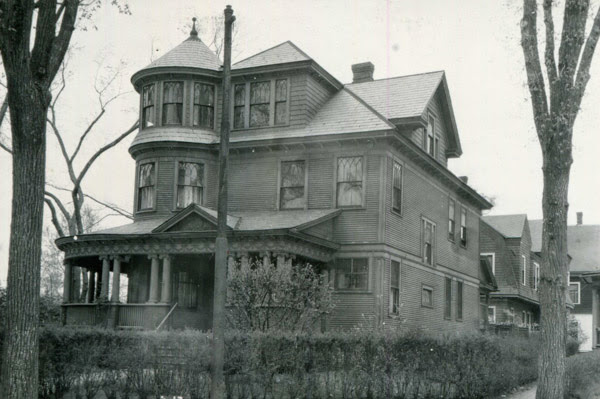 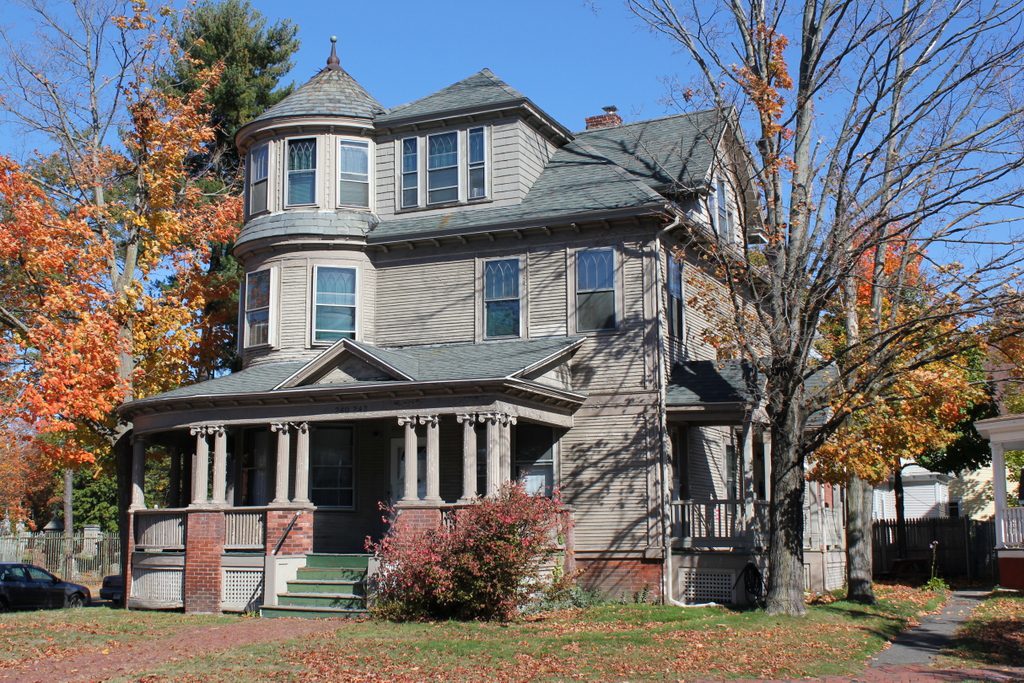 According to the city records, this Queen Anne-style house was built in 1901, although it probably dates back a few years earlier, because it appears on the 1899 city atlas. At the time it was owned by Lorin Wood, who, appropriately enough, was a lumber dealer. He lived here with his wife Grace, along with a 20 year old Irish servant, Margaret Mansfield. By the 1910 census, the Woods were living in the house directly behind this one on Cedar Street, and this house was owned by real estate agent John Smith and his wife Mary.

A century later, the house is now owned by Phoenix House, a drug and alcohol rehabilitation organization that also runs the nearby group home at 5 Madison Avenue. It is at the outer edge of the Maple Hill neighborhood, which was Springfield’s premier residential area at the turn of the 20th century. Today, most of this neighborhood is part of the Ames and Crescent Hill District on the National Register of Historic Places, but this property is just outside the border. However, it is located within the city’s Maple Hill Local Historic District.