The house at 175 Bowdoin Street in Springfield, around 1938-1939. Image courtesy of the Springfield Preservation Trust. 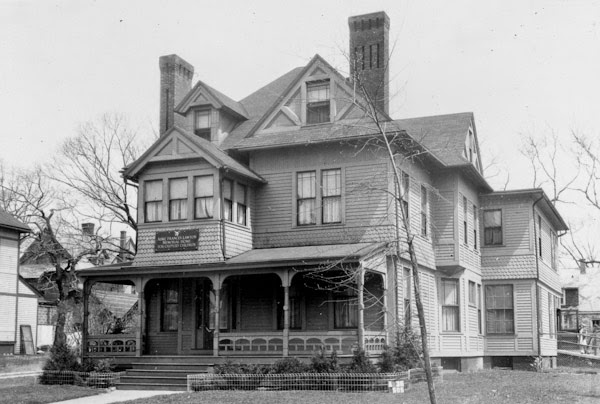 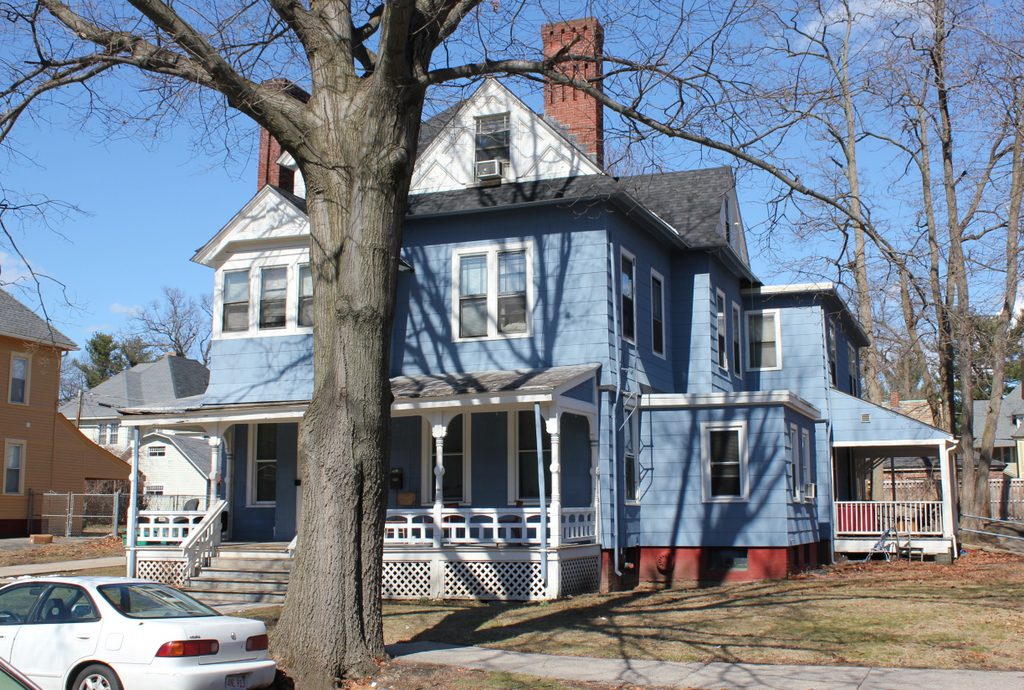 This house, completed in 1885, is about a decade older than most of the surrounding homes of Bowdoin Street, and both the house and the lot itself are much larger than many of the neighbors. It was originally the home of Charles and Elizabeth Loring and their two daughters, Violet and Ethel. Elizabeth died in 1894, and Charles remained here until 1903, when the house was listed for sale in the Springfield Republican. It was sold to Horatio and Carrie Bellows, who by 1910 were living here with their three children, plus Carrie’s mother Melissa and two servants.

Carrie, Melissa, and two of the children were still living here in 1920, but by the 1930s the building had been converted into a convalescent home for children. Several decades later, it became a nursing home, and was used as such for many years. At some point after hevfirst photo was taken, the exterior of the house underwent some changes, including the one-story addition to the right side. Along with this, much of the Queen Anne detail was lost when the original clapboards were replaced with asbestos shingles, although the front porch remains mostly unchanged. Despite these alterations, though, the house still stands as one of the oldest houses in this part of the neighborhood, and it is part of the McKnight Historic District on the National Register of Historic Places.